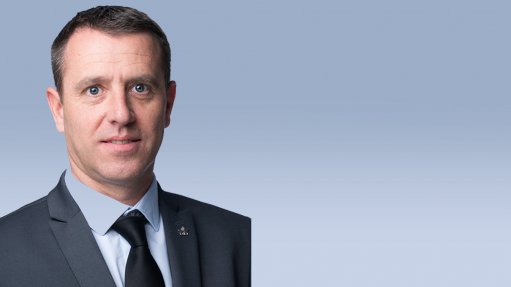 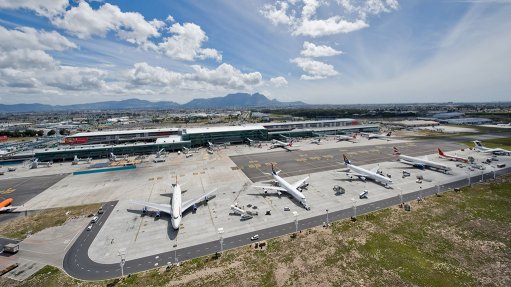 By: Donna Slater     13th January 2022 Prior to the emergence of Omicron, air passenger travel improved in November, with international air passenger demand sustaining a steady upward trend as more markets reopened, reports International Air Transport Association (Iata). The baseline comparison the data was that of November 2019 – as... → 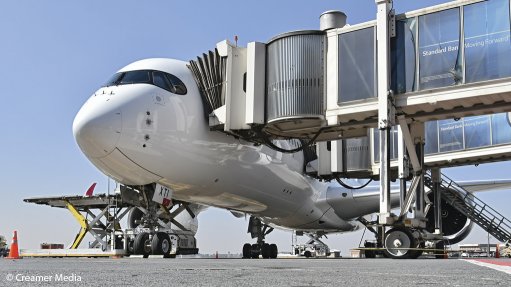 By: Marleny Arnoldi     12th January 2022 Multinational air transport information technology (IT) provider SITA’s ‘Air Transport IT Insights 2021’ report states that 84% of airlines and 81% of airports expect to spend the same or more on technology this year, particularly on automation of passenger processing. Despite IT budgets having... →

Boeing wins big order for its 737 MAX from US carrier

By: Rebecca Campbell     5th January 2022 South African private-sector regional airline Airlink has confirmed that one of its aircraft suffered a birdstrike, while operating a private charter flight. No passengers or crew were injured, but the aeroplane, a BAE Systems Jetstream 41, suffered, in the airline’s words, “substantial damage”.... → 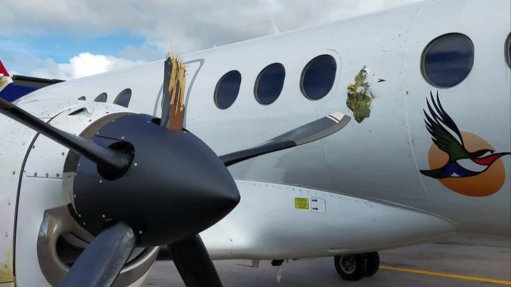 Photo by Airlink
The Airlink Jetstream at Venetia, showing the shattered propellor blade, and the hole in the fuselage it caused, following the birdstrike on the aircraft

By: Bloomberg     5th January 2022 A judicial commission which has spent almost four years probing graft in South Africa concluded that the state had been “captured” during former President Jacob Zuma’s tenure and made damning findings against the ruling party and top officials. The panel, headed by Acting Chief Justice Raymond... → 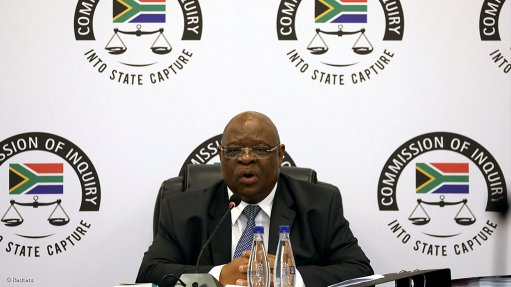 By: Rebecca Campbell     9th December 2021 The International Air Transport Association (Iata), the representative body for the global airline industry, has called on governments to adhere to the advice of the World Health Organisation (WHO) and at once lift all travel bans imposed to try and counter the Omicron variant of Covid-19. The... →

By: Rebecca Campbell     25th November 2021 The national flag carriers of Kenya and South Africa, Kenya Airways (KQ) and South African Airways (SAA), on Wednesday signed a strategic partnership framework agreement. The agreement was signed in Johannesburg during the State visit of the Kenyan President to South Africa. KQ is a public... →

By: Rebecca Campbell     24th November 2021 The global representative body of the airline industry, the International Air Transport Association (Iata), has just published a new policy paper. Titled “From Restart to Recovery: A Blueprint for Simplifying Travel”, it sets out the industry’s position regarding the measures that need to be... →

DTIC pledges action to ramp up operations at OR Tambo SEZ

By: Tasneem Bulbulia     19th November 2021 Trade, Industry and Competition Deputy Minister Fikile Majola has committed to facilitating strong cooperation between all three tiers of government to fast-track progress in the operation of the OR Tambo International Airport Special Economic Zone (ORTIA SEZ).   Majola visited the SEZ on... →

By: Rebecca Campbell     17th November 2021 US-based global major aerospace group Boeing and Kenyan national flag carrier Kenya Airways (which is a public private partnership) have entered into a partnership to develop the Fahari Innovation Hub, which was launched by the airline in July. The creation of the partnership was announced at the... →

By: Rebecca Campbell     17th November 2021 Nigerian domestic airline Ibom Air has placed a firm order with Airbus for ten A220 airliners. The A220 family are the smallest aircraft in the Airbus commercial aviation portfolio, being designed for the 100-passenger to 150-passenger market segment. Ibom Air is owned by the government of Akwa... →

By: Rebecca Campbell     16th November 2021 US aerospace giant Boeing announced on Tuesday, at the Dubai Air Show, that Air Tanzania had ordered three passenger and one freighter aircraft from it. The aircraft comprise one Boeing 787-8 Dreamliner widebody airliner, one 767-300 Freighter and two 737 MAX single-aisle airliners. The contract... → 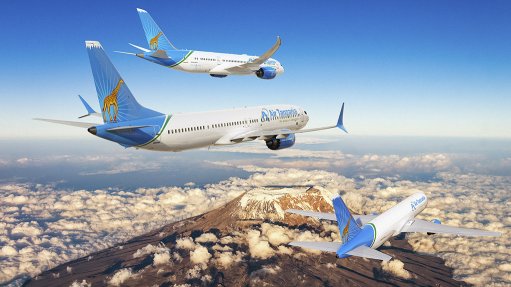 Nigerian carrier to acquire its first jet airliners from Embraer

By: Rebecca Campbell     15th November 2021 The global representative body of the airline industry, the International Air Transport Association (Iata), has welcomed decarbonisation commitments made by countries at the COP26 climate summit, held in Glasgow in the UK. The association also urged that aviation decarbonisation efforts be... →

By: Rebecca Campbell     12th November 2021 Worldwide, airline CFOs and Heads of Cargo are displaying strong optimism regarding profits and air passenger and cargo demand. This is the outcome of a survey by the sector’s global representative body, the International Air Transport Association (Iata), conducted in mid-October and published in... →

By: Reuters     11th November 2021 Boeing Co agreed on Wednesday to acknowledge liability for compensatory damages in lawsuits filed by families of the 157 people killed in the 2019 Ethiopian Airlines 737 MAX crash, according to a filing in US District Court in Chicago. As a result of the agreement between Boeing and the families,... →

By: Rebecca Campbell     10th November 2021 The International Air Transport Association (Iata) has reported, in its Airlines Financial Monitor October 2021, that the preliminary results for the third quarter of this year indicated that, in quarter-on-quarter terms, financial pressures on the world’s airlines continued to ease as countries... →