By: Idéle Esterhuizen     9th May 2013 JSE-listed paper, pulp and packaging group Sappi recorded a 68% drop in operating profit for the second quarter of the year to $40-million, down from $125-million in the 2012 equivalent period, dragged down by worse-than-expected European market conditions. “The results were disappointing.... → 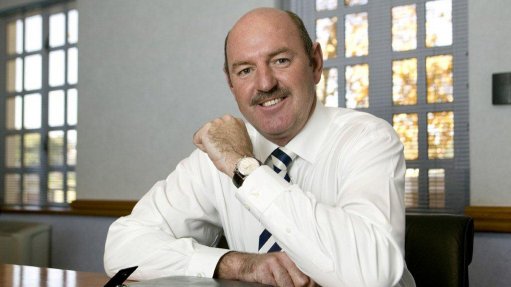 By: Idéle Esterhuizen     3rd May 2013 JSE- and LSE-listed packaging and paper group Mondi recorded a 35% year-on-year increase in underlying operating profit to €162-million during the first quarter of 2013, in line with its expectations, despite the effects of a one-off write-down in the value of green energy credits of €11-million.... →

By: Anine Kilian     19th April 2013 Global paper and dissolving wood pulp producer Sappi recently replaced the pulp dryer at its Ngodwana mill, in Mpumalanga, after its old dryer had reached the end of its economic life. →

By: Creamer Media Reporter      10th April 2013 JSE-listed York Timbers has been ordered to pay R450 000, plus interest, in a confiscation order granted to the Department of Environmental Affairs (DEA) by the Nelspruit Regional Court. The DEA on Wednesday said the penalty was granted as York had failed to obtain environmental authorisation... →

By: Chantelle Kotze     8th March 2013 As the worldwide recession subsides, the South African paper and pulp industry has settled, with some grades of sustainably produced pulp, packaging and tissue paper showing slight growth in demand. →

By: Chantelle Kotze     8th March 2013 A key focus for JSE-listed paper, pulp and packaging group Sappi this year is to return its Southern African business to profitability by implementing various interventions aimed at repositioning the paper business to be more competitive and better serving the requirements of its customers. →

By: Natasha Odendaal     21st February 2013 JSE-listed Mondi Group would continue the integration and optimisation of its latest acquisitions as the group shifted its portfolio to exposure to higher-growth products. The group injected €1.2-billion into various acquisitions within the growing corrugated packaging and consumer packaging... →

Ngodwana specialised cellulose project to be commissioned in mid-2013

By: Chantelle Kotze     15th February 2013 Paper and packaging group Sappi’s $340m-million GoCell specialised cellulose (SC) expansion project at its Ngodwana Mill, in Mpumalanga, is on track for commissioning by mid-2013 to grow its SC production. →

By: Sapa     17th January 2013 As many as 35 000 people in the sugar cane industry could lose their jobs if Eskom is granted a 16% electricity increase, the South Africab Cane Growers' Association said on Thursday. The increase could result in the closure of four mills, the association's financial affairs director Thomas Funke... →

By: Joanne Taylor     2nd November 2012 A US initiative to document forestry land rights is expected to promote sustainable agroforestry, environmental protection and the rural livelihoods of the upper Guinean tropical forest. Information group Thomson Reuters and the US Forestry Service (USFS) have teamed up to provide resources to... →

400 jobs on the line as Sappi mothballs paper machine

By: Idéle Esterhuizen     12th October 2012 Paper and packaging group Sappi has issued over 400 of its staff members with Section 189 notices regarding its decision to mothball the PM4 paper machine at its KwaZulu-Natal-based Tugela mill, from January 1. Although expected to be substantially lower, Sappi pointed out on Friday that the... →

By: Idéle Esterhuizen     25th September 2012 Forestry and forest products group York Timbers on Tuesday reported 250% growth in earnings a share for the year ended June to 42c, up from 12c in the previous year, while revenue rose by 16% to R1.1-billion. The group’s operating profit reached R166-million, an increase from R162-million during... →

By: Terence Creamer     23rd August 2012 Stated-owned forestry company Safcol, which improved its financial performance in 2011/12 on the back of a recovery in lumber markets, expects to complete a review into its future role and structure by September, which could open the way for it to again invest in sawmilling and extend its... →

By: Terence Creamer     17th August 2012 Forest products group Mondi has announced plans to install a 47 MW steam turbine at its Richards Bay mill, in KwaZulu-Natal, which will further increase the facility’s power self-sufficiency and produce surplus electricity for input into the South African grid. Mondi tells Engineering News that... →

By: Idéle Esterhuizen     3rd August 2012 Paper and packaging group Sappi was still investigating possible cogeneration projects, with its Ngodwana and Saiccor mills being the best suited for such endeavours in South Africa, CEO Ralph Boëttger said Friday. He told Engineering News Online in a telephonic interview that the company... →

By: Natasha Odendaal     10th May 2012 Paper and packaging group Sappi said on Thursday that, while its chemical cellulose business continued to perform strongly during the second quarter of 2012, its paper division underperformed on the back of a competitive environment in terms of price, costs and volumes. However, Sappi CEO Ralph... →

By: Idéle Esterhuizen     3rd May 2012 JSE- and LSE-listed pulp and paper group Mondi on Thursday reported lower underlying operating profit as the weaker trading environment seen towards the end of 2011 continued into the early part of 2012. But the company said demand was improving, with its sales volumes in the three months to... →

By: Natasha Odendaal     2nd April 2012 Aim- and JSE-listed Mondi on Monday increased the price of its public tender offer for a 34% interest in Polish paper manufacturer Mondi Swiecie to €295-million. The company said that it increased the price to €17.34 a share, up from €16.62 a share in February. This represented a premium of 4.3%... →

By: Henry Lazenby     22nd March 2012 The Takeover Regulation Panel (TRP) this week ordered Lion Match to make a revised offer to Beige Holdings’ preference shareholders, after it ruled that the R1.28 a share offer was not comparable. But despite the ruling, Lion Match posted its circular to shareholders on Monday, containing a... →

By: Yolandi Booyens     9th March 2012 The domestic forestry and pulp and paper sectors do not have as negative an impact on the environment as many people might believe, industry bodies Forestry South Africa (Forestry SA) and the Paper Manufacturers Association of South Africa (Pamsa) emphasise.  →

By: Dimakatso Motau     9th March 2012 One of the largest irrigated farming ventures in Limpopo was commissioned in January and handed over to the Ikageng community, in Strydkraal. →

Skills shortage a weak link in the paper chain

By: Yolandi Booyens     9th March 2012 The Paper Manufacturers Association of South Africa (Pamsa) is recruiting young postgraduate chemical engineering students into the paper and pulp industry and will, going forward, start its recruitment drive earlier in the year to ensure it meets its targets. →