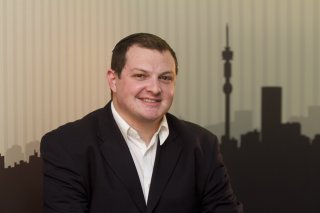 10th November 2017 Acid mine drainage (AMD) is regarded as one of the greatest environmental challenges ever faced by South Africa, says Department of Water and Sanitation (DWS) mine water management chief director Marius Keet. During a recent seminar on the need to rehabilitate mine-contaminated ecosystems, he... →

10th November 2017 The recently released Natural Capital Protocol promises to give business a new appreciation of the ecosystem services on which they rely, states independent engineering and scientific consultancy SRK Consulting. The protocol was developed by a global multi-stakeholder group representing business,... →

10th November 2017 Mechanisation of the South African mining sector is a major priority for all stakeholders. However, with the introduction of mechanised mining technologies come several new challenges, one of which relates to the brakes and in-service brake testing of trackless mobile mining (TMM) equipment, says... →

3rd November 2017 Dual-listed Mkango Resources is upbeat about its research on the development of neodymium iron boron alloys, which are “critically important” for environment-friendly sectors, such as that of electric vehicles, states CEO Will Dawes. Mkango has started Phase 2 of its research and development... →

3rd November 2017 Platinum mining company Anglo American Platinum (Amplats) reported last week that total platinum production (expressed as metal in concentrate) for the three months ended September 30, was flat at 621 400 oz. The company noted that there were strong performances from its Mogalakwena, Unki and... →

Elandsfontein mine to assist in alleviating West Coast water challenges

3rd November 2017 Emerging miner Kropz’s Elandsfontein phosphate mine, near Saldanha Bay, in the Western Cape plans to supply the drought stricken West Coast region with additional clean water, while offsetting its own water-use over the course of the next three years. The project is located on land adjacent to... →

3rd November 2017 South African precious metals miner Pan African Resources has strongly condemned the protest action by some community members at the company’s Elikhulu tailings retreatment plant project, within the Evander gold mine complex, in Mpumalanga, warning that the unrest threatens to disrupt... →