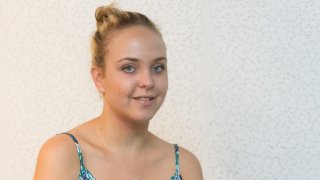 Lynne Jackson is a Creamer Media Reporter for Engineering News and Mining Weekly.

18th March 2016 The South African extractive industry, which is currently battling depressed commodity prices, is being subjected to increasingly stringent regulations, such as the Financial Provisioning Regulations (promulgated as General Notice Regulation (GNR) 1147) under the National Environmental Management... →

18th March 2016 Aim-listed exploration company Stellar Diamonds aims to schedule a meeting with the Environmental Protection Agency (EPA) to discuss and agree on the fee for issuing the environmental licence for its Tongo Dyke-1 project, in Sierra Leone. The meeting was set for early this month. The company... →

Enviro impact of mine top of mind

18th March 2016 The energy-intensive mining industry can benefit from waste-management company Interwaste’s refuse-derived fuel (RDF) plant in terms of more effective waste management and a reduced carbon footprint. Interwaste is focusing on the South African mining industry, which has come under fire for its... →

11th March 2016 This year’s Harvest Festival is set to take place at Leriba Hotel and Spa, in Centurion, from April 30 to May 2, with 4 000 visitors a day expected to attend. “The festival is a culinary journey, complemented by more than eighty award-winning wine farms, such as Arra Vineyards, Excelsior Wine... →

4th March 2016 With wetlands being essential to the ecosystem, owing to water being a precious resource to mankind, the second annual Flufftail Festival, held last month in Johannesburg, highlighted the need to preserve water, wetlands and endangered waterbirds (especially the rare and critically endangered... →

4th March 2016 With meteorologists claiming that the current drought in South Africa is because El Niño is preventing moisture reaching the sub-Saharan Africa region, water service provider Mega Water states that the country will have to consider decentralised water treatment, the capturing of rainwater and the... →

4th March 2016 Although Engineering News reported in January that the twenty-first Conference of the Parties (COP 21), held in Paris last December, had been lauded as better than any other international climate change meeting, the media has reported that there has been controversy regarding the justness of the... →

26th February 2016 South African gold mining production levels are slowly increasing because of the rand:dollar exchange rate, with the R/kg gold price being at its highest level in recent years. The prices are not likely to increase again, but if the exchange rate increases to R20/$1, mines will see an... →

26th February 2016 There was an increase in physical gold investment in South Africa towards the end of last year, owing to the weakening of the rand, says financial institution First National Bank (FNB).   →