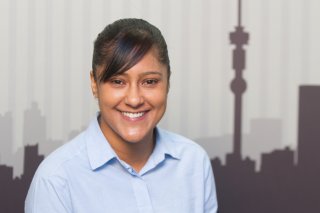 Aarifah Nosarka is a Creamer Media Reporter for Engineering News and Mining Weekly.

Automotive sales figures reflect decline, but there is hope

11th November 2016 Self-lubricating bearing manufacturer Vesconite Bearings is ensuring that its internally lubricated polymers and polymer bearings for fishing boats are exported faster to Mauritius to ensure prompt maintenance. “Vesconite Bearings has been engaging with its courier company to speed up delivery of... →

4th November 2016 The African mining sector is under pressure to become three times more efficient in minerals processing to ensure its sustainability amid low commodity prices, producing more product at a lower cost to become globally competitive. All mines are being forced to adopt mechanisation, which is... →

28th October 2016 For the local mining industry to ensure its sustainability, the industry needs to accelerate the rate at which it is adopting new technology, mechanical engineering consultant CMTI Consulting MD Dr Danie Burger tells Mining Weekly. “The transitioning of mines to greater mechanisation and... →

28th October 2016 The prototype of the 25 t electric hauler vehicle, with applications in soft- and hard-rock mining, from Johannesburg-headquartered underground trackless mining machinery manufacturer Fermel, is expected to be trialed from January 2017 to June 2017. “The prototype is 85% complete and undergoing... →

28th October 2016 Local ultra-low-profile mining machinery and equipment supplier CMTI Consulting expects to release its patented MT100, MT1000 and automated brake tester technologies for mines by the end of this month. The technology, developed by CMTI Consulting, in Pretoria, comprises 70% local content and is... →

Stainless steel worth more than R500 000 installed at heritage site

21st October 2016 Since the completion of upgrades to the Opera House in Port Elizabeth – a 2016 Southern Africa Stainless Steel Development Association Awards finalist in the architecture building and construction category – it has become a significant tourist attraction, architecture company The Matrix Urban... →