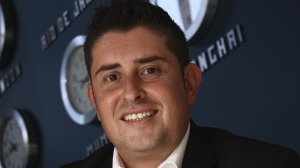 ADAM ORLIN Belt tightening is a trend likely to continue

In its May 2016 quarterly review of business conditions for the automotive sector, the National Association of Automobile Manufacturers of South Africa says steel prices came under pressure, owing to the 10% import duty on alloy- and zinc-coated steel.

“There is a definite paradigm shift in the automotive market, as the industry moves towards a far more integrated and cost-effective solution – more so for import processes,” Orlin states.

He mentions that market uncertainty is driving businesses to tighten control over their logistics processes, whereas trade finance is now being viewed as a broader import finance solution rather than just a transactional one.

Meanwhile, Orlin adds that the landed cost, which is the total amount to be paid when ordering and receiving a shipment are affected by the rand value and, with devaluation, it is not always easy to pass the cost on to the consumer immediately.

Automotive components are a significant quantum of the overall industry, as motor vehicle parts are a necessity for the automotive aftermarket sector.

A devalued rand impacts on the price of imported goods and services, which results in higher prices paid.

“As a result, shipping volumes might be slightly depressed or shipping might be delayed to ensure there are full container loads so that importers and consumers get the most from the transaction,” he outlines.

Orlin adds that it is difficult to foresee what the full impact on the country will be; however, with current market challenges, the only certainty is getting the supply chain right.

“Various strategies will be deployed by different businesses, with some having a rigid and consistent policy and others managing their risk on a more ad hoc basis in conjunction with the market.”

Therefore, Orlin believes that having a partner that understands this import process and can free up working capital can go a long way towards stimulating growth in the overall automotive sector.

The current global vehicle population exceeds one-billion vehicles and South Africa’s vehicle production is conservatively expected to grow to about 640 000 units, or by about 4.0%, this year.