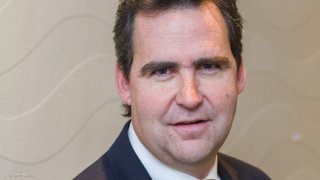 This economic and trade-focused column is prepared by Riaan de Lange – riaan@tariffandtrade.co.za. The views expressed in this column are the author's personal views

10th December 2021 On November 26, the South African Revenue Service (Sars) informed of its collaboration with the South African Reserve Bank (SARB) to combat illicit financial flows and customs valuation fraud associated with the misuse of advance foreign exchange payments in respect of goods to be imported. The... →

3rd December 2021 On November 22, the World Trade Organisation (WTO) and the International Monetary Fund (IMF) announced the launch of the WTO-IMF Covid-19 Vaccine Trade Tracker, which is aimed at providing greater transparency on the cross-border flow of Covid-19 vaccines. The portal features data on the trade... →

26th November 2021 By now you must have recovered from the noise that was generated by COP26, which, arguably, should have been labelled a cop-out. If you are not familiar with the reference to ‘cop out’, it simply means to avoid doing something that one ought to do. If you need reminding, the twenty-sixth... →

19th November 2021 You might recall these immortal words, or  maybe not, depending on your age: “Space: the final frontier. These are the voyages of the Starship Enterprise. Its five-year mission: to explore strange new worlds. To seek out new life and new civilisations. To boldly go where no man has gone before!”... →

12th November 2021 October 30 was the seventy-fourth anniversary of the General Agreement on Tariffs and Trade (GATT), the predecessor (but not in the truest sense of the word) of the World Trade Organisation (WTO). If you have an academic interest in the differences between GATT and the WTO, these – a total of ten... →

5th November 2021 Elizabeth Barrett Browning’s 1839 work, Letters Addressed to R H Horne, stated that “the luck of the third adventure is proverbial”, said to be the origin of the expression “third time’s a charm”. It simply means that the third time something is attempted, luck is sure to result. It should not be... →

29th October 2021 On October 2, as I sat down to write this piece, the World Trade Organisation (WTO) had just released its new webpage to mark the dual anniversary of its plurilateral Agreement on Government Procurement (GPA). The first version of the GPA was adopted in 1981 and entered into force during the days... →

22nd October 2021 The headlight might lead you to believe that it relates to the South African Revenue Service, or Sars. Sars-CoV-2, however, refers to a virus – the Severe Acute Respiratory Syndrome Coronavirus 2. This is the virus that causes Covid-19, with the ‘co’ in ‘Covid-19’ standing for corona, the ‘vi’... →

15th October 2021 “There is no medicine like hope, no incentive so great, and no tonic so powerful as expectation of something better tomorrow.” So said Orison Swett Marden, but this begs the question: Would the ‘better tomorrow’ be attributable to incentives? Speaking of incentives, do you know how many incentive... →

8th October 2021 Could this be the latest South African economic buzzword? Structural transformation, that is. In its publication, Structural Transformation in Developing Countries: Cross Regional Analysis, the United Nations Human Settlements Programme (UN-Habitat) defines it thus: “The transition of an economy... →