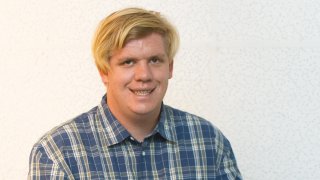 Simon Sonnekus is a Creamer Media Reporter for Engineering News and Mining Weekly.

Industrial symbiosis key to growth in recycling and manufacturing sectors

30th August 2016 The Industrial Symbiosis (IS) Programme delivered by the National Cleaner Production Centre of South Africa (NCPC-SA) at the Council for Scientific and Industrial Research (CSIR) campus has proven to be important in the creation of several synergies that are providing effective recycling... →

19th August 2016 A tyre management project under way at Anglo American Platinum’s (Amplats’) Mogalakwena platinum mine, in the Waterberg district of Limpopo, aims to increase hauling days without tyre failures to improve the operation’s productivity and safety, as well as facilitate financial savings by make... →

Cooperation needed to save PGMs industry

5th August 2016 The Council for Scientific and Industrial Research (CSIR) has estimated the rand value of the impact of algae pollution in the Berg river, near Stellenbosch, in the Western Cape. The calculation enables farmers to compare different ways of managing the problem in the area. A ‘Water SA’ report... →

5th August 2016 The next five months and the following planting season will be critical for farmers who have been affected by the devastating drought which crippled the agriculture sector recently. According to agricultural organisation AgriSA CEO Omri van Zyl, farmers need to see out the winter and hope for... →

5th August 2016 About 1 000 Indian runner ducks have been employed by Stellenbosch-based wine farm Vergnoegd Wine Estate to eradicate white dune snails and other insects which inhabit and feed on the vines in the vineyard. According to Vergenoegd winemaker and viticulturist, Marlize Jacobs, the ducks – which... →

29th July 2016 Companies are under pressure from government and the public to embark on new projects while there are still projects that need to be completed. The countless delays across the rail expansions are concerning, says the RailRoad Association of South Africa (RRA). Negative sentiments by the industry... →

29th July 2016 The Council for Scientific and Industrial Research (CSIR) has developed a prototype survey and inspection device (SID) to survey and inspect South Africa’s railway lines, which is intended to improve safety and operations. Along with reporting on the condition of the rail infrastructure, the SID... →