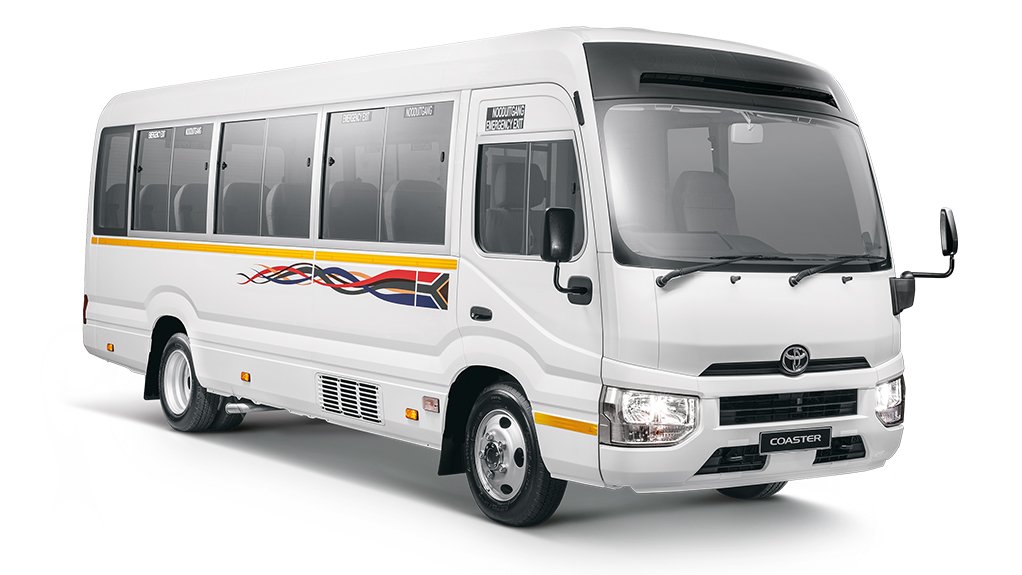 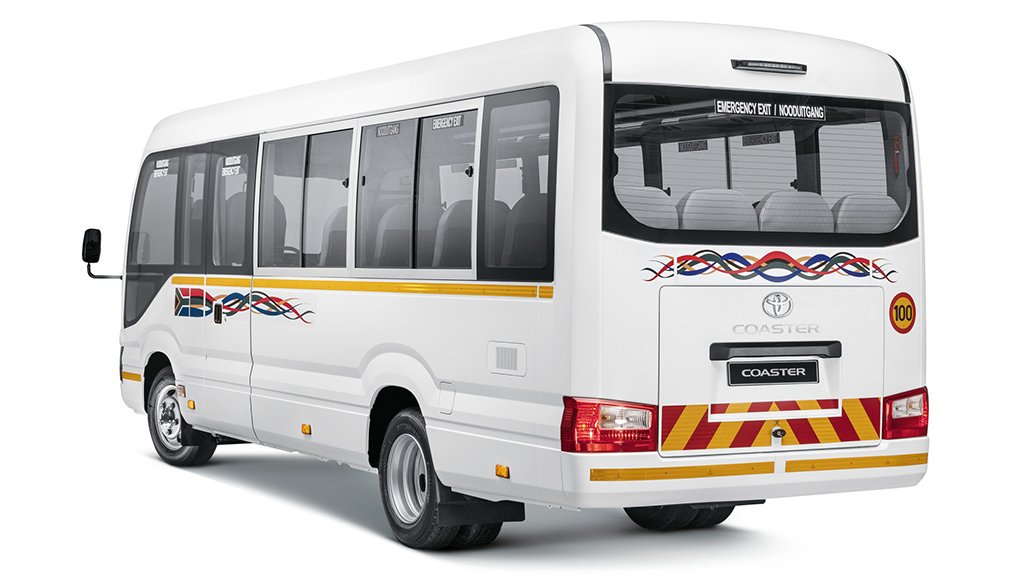 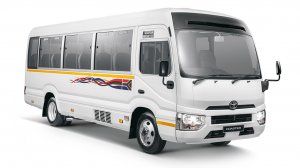 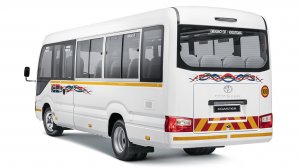 Toyota has introduced a new medium-sized people-mover to the South African bus and taxi market.

The local arm of the Japanese auto maker says the 23-seater Coaster fills the gap in the line-up left between the long-wheel-base Quantum (16-seater) and the Hino 300-based bus conversion, providing “South African bus and tour operators with a unique mobility solution”.

The first-generation Coaster was introduced in 1969 as a single-deck mini-bus, seating 17.

Various iterations of the Coaster have been on offer, with seating capacity ranging from 17 to 26.

The second and third generations followed in 1982 and 1993, respectively.

The current fourth-generation model went on sale in 2017, and featured an increase in length, width and window height.

It was also the first model to be designed by Toyota’s incorporated commercial vehicle company.

This Hino-sourced engine is paired with a five-speed manual transmission driving the rear wheels.

Inside, there are six single-file seats on the passenger side, six double-seats on the driver side and a four-seater bench in the rear, offering seating for 22 passengers.

The bus has a tilt and telescopic steering wheel, multi-information display, 12-volt power outlet and a Toyota audio system with Aux and USB functionality.

The Toyota Connect in-car telematics and Wi-Fi system (with complimentary 15 GB of data) is also part of the product offering.

The model is only available in white, accompanied by the regulatory mini-bus stickers and chevron demarcation.

The interior is finished in PVC, for both seat and floor trim.

Similarly, urethane has been employed on the steering wheel and gear lever.