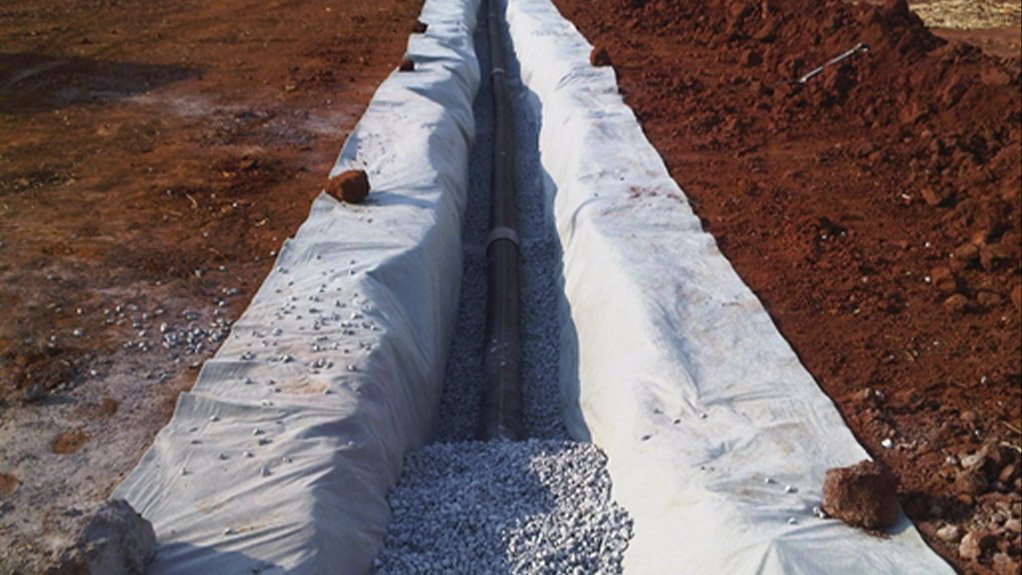 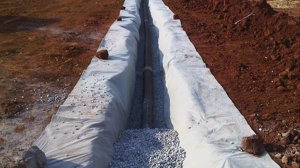 From the Durban Harbour quay wall, in KwaZulu-Natal, to the Glen Shopping Centre, in Gauteng, Durban-headquartered geosynthetics manufacturer and supplier Kaytech’s all-purpose geotextile bidim, is the first geotextile used in South Africa.

The product has not changed significantly since, but it has been refined as a result of the many innovations and modifications made to the manufacturing process over the past 45 years. These include improved polymer extrusion, drawing of the filaments, laydown of the batt, double needling thereof, and a new compact wind up system of the final bidim geotextile.

These changes to the manufacturing process have resulted in better modulus of deformation and plastic yield stability, as well as a higher breaking strength; improved resistance to high temperature, with a melting point of 260 °C; reduced ultraviolet-induced degradation and better wettability.

Manufactured in Atlantis, up the West Coast from Cape Town, bidim is produced by one continuous process, the spunbond process, whereby continuous filaments are spun from molten polyester, drawn and cooled before being deposited onto a collecting belt to form a web, which is then needle punched to mechanically bond the filaments together to form a finished fabric.

Kaytech distributes bidim across Southern Africa, with the greatest demand for the geotextile in road construction and maintenance, as well as municipal, industrial and mining waste containment.

“However, owing to the current state of the civil engineering construction industry and the lack of government infrastructure spending, the demand for all types of geosynthetics, including bidim, is depressed,” says Mphemba.

But the recent announcements by State-owned company South African National Roads Agency Limited (Sanral) regarding the upgrading of various National Routes will hopefully help to alleviate the situation. Sanral announced in June that at least five tenders for the upgrade of the N3 and N2 highways in KwaZulu-Natal.

“Over the years bidim has become synonymous with ‘geotextile’ – people don’t ask for a geotextile they ask for bidim, as it can provide a suitable solution in almost any application,” she notes.

Mphemba says the US is among the largest markets for geotextiles, owing to it being highly developed. However, owing to its sheer size, China has the greatest demand.

Kaytech uses independent laboratory Geosynthetic Laboratory to test its products and samples from the field. The South African National Accreditation System-accredited laboratory is based in Pinetown, South Africa, and is the most advanced geosynthetics testing laboratory in Africa. It is affiliated to a similar facility in Albury, Australia.