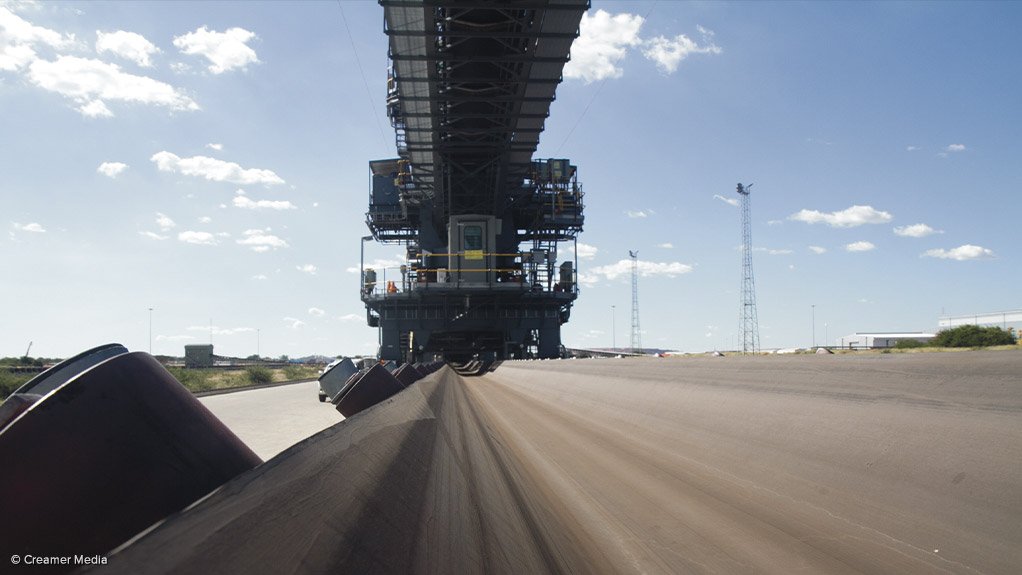 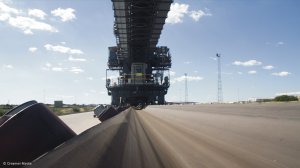 Following three conveyor belt failures at the new Medupi power plant, which contributed to load-shedding in December and January, State-owned electricity utility Eskom says several modifications to the conveyor system are being considered in an effort to ensure greater stability in future.

The proposed modifications are expected to be implemented at both Medupi and Eskom’s other new power plant, Kusile.

Eskom tells Engineering News & Mining Weekly that among the modifications being proposed is the splitting of the coal feed to the coal stockyard and bypass to facilitate simultaneous stacking and direct feed to the generation units.

The block chute detectors for the overland conveyor have already been repositioned, while a new conveyor and reclaiming plant is being proposed for installation at the excess coal stockyard.

The conveyor take-up tower will be modified to include shock absorbers. Cameras are being installed for remote monitoring of the overland conveyors.

Eskom states that any bypassing of control systems will be monitored by linking systems to the distributed control system. Inspections of the stockyard conveyor have also been intensified to identify abnormal conditions.

“Lessons learned are continuously shared between Medupi and Kusile for implementation,” Eskom said. The utility

refused to be drawn on the cost and timing of the proposed modifications, saying only that any additional modifications would be subjected to feasibility studies and that any costs would be covered under the station’s maintenance budget.

A conveyor failure in December, which arose as a result of a power supply failure to two stockyard incline conveyors feeding coal to silos, led to the loss of a number of generating units and deepened South Africa’s load-shedding crisis.

On December 9, the utility took the hitherto unprecedented step of declaring Stage 6 load-shedding, partly on the back of a power supply failure to the incline conveyors feeding coal to the silos at the Medupi power station.

The two conveyors – known as SY2A and SY2B – suffered power losses to Board 4 and Board 5. Electrical work on these conveyors was designed and installed by electromechanical equipment company Actom – which also carried out the repairs.

The Board 4 fault was cleared after testing, with no repairs apparently required; however, it was discovered that a feeder cable on Board 5 had been damaged. This damage occurred during construction excavations because “proper procedures” had not been followed during excavation activities.

Eskom says the cable was repaired and power restored within 24 hours.

Nevertheless, the conveyor system at Medupi has emerged as an area of more gernal concern, with the OV1 7-km-long overland conveyor, which is supposed to feed 4 000 t/h of coal from coal miner Exxaro’s Grootegeluk mine to the Medupi power plant, in Lephalale, Limpopo, having displayed frailties.

The belt first started giving problems in October last year, when the tail-end of the belt snapped and twisted, with the weight of the coal damaging the machine.

The conveyor, designed and constructed by bulk materials handling contractor Rula, suffered a tail-end pulley failure, owing to overfilling of the chute at the 10 000 t silo.

The installation of cameras has been proposed to enable remote monitoring of the OV1 conveyor at the silo.

The third conveyor failure occurred on the SY2A conveyor. Mechanical work designed and implemented by contractor Thyssen Krupp saw a 40 m conveyor belt damaged after it had tripped.

The belt was repaired within 48 hours by means of splicing, which was carried out by conveyor belt manufacturer ContiTech.

Eskom claims that future incidents of belt damage will be mitigated by implementing increased plant inspections.

Further modification are on the cards for the Medupi power plant’s conveyor system; however, these have not been confirmed, pending feasibility studies.

All repairs and redesigns are covered under Eskom’s maintenance budget.