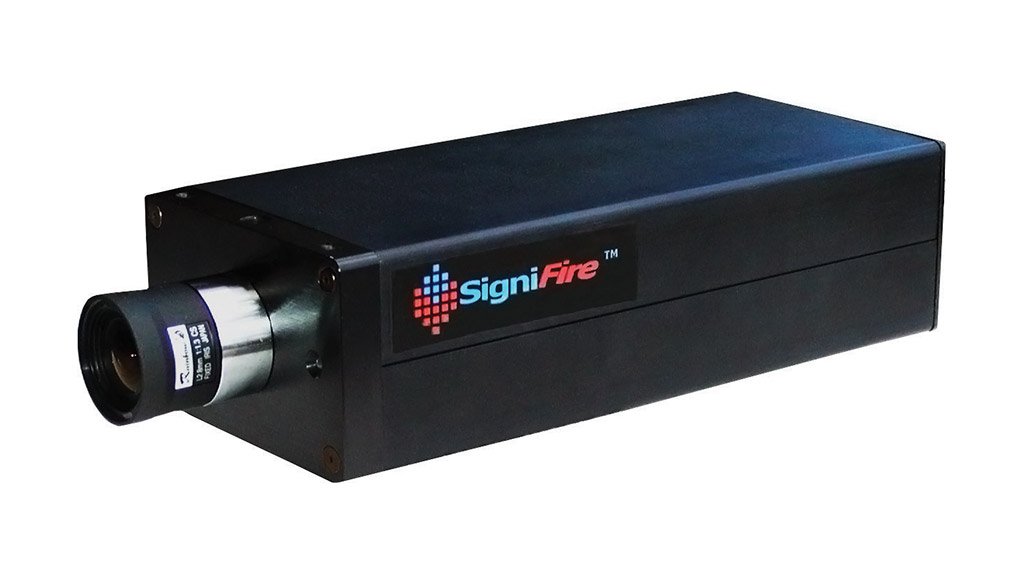 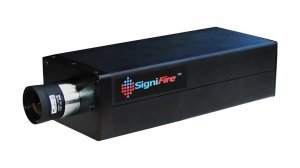 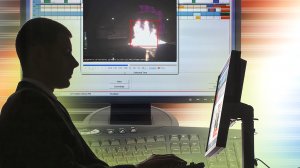 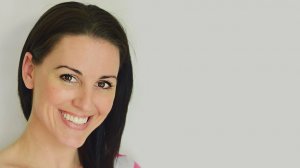 SIGNIFIRE CAMERA The scaleable SigniFire system can also be used as a standalone recording device and a smoke, fire and reflective-flame detector for new installations
ON WATCH The early-warning detection system indicates fire or smoke by displaying a colour-coded line around the flame or smoke plume on a screen
TANLI LUNDGREN SigniFire has many manufacturing and safety approvals such as FM, UL and CE certification, and is recognised by the National Fire Protection Association

C3SS is a turnkey intelligent video, fire and perimeter security specialist, she points out.

Lundgren says the system visually detects the presence of fire or smoke at its source, independent of airflow in the area.

The early-warning detection system indicates fire, smoke or reflective heat by displaying a colour-coded blue or red line around the flame or smoke plume on a screen. The system sounds an alarm, while pinpointing the specific location of the fire.

“Once a fire has occurred, people need to establish what caused it. The recording from the visual-based fire detection system can be used to find the cause of the fire, even if the camera was destroyed in the blaze,” she states.

The scaleable SigniFire system can also be used as a standalone recording device and a smoke, fire and reflective-flame detector for new installations, or it can be integrated into an existing video management system.

The video is analysed by intel- ligent processing devices using specific algorithms that detect plumes of smoke or the frequencies of flames, while the SigniFire Internet Protocol network camera detects smoke and flames from great distances, says Lundgren.

A 1-m-high fire can usually be detected from a distance of 100 m, depending on the camera lens, which is available in 2.8 mm and 8 mm, she explains.

The smoke or flame can be detected in its earliest stages, unlike smoke or heat detectors that rely on the flame or smoke to reach the detector first before setting off an alarm.

“The challenge for conven- tional systems, such as smoke detectors, is that the smoke needs to interface with the device, which can be a major drawback, especially in large-volume areas, such as warehouses with high roofs,” she adds.

Lundgren says high airflow also makes it difficult for sensors to detect smoke in some cases.

Therefore, she believes that the SigniFire represents a critical advance in early-warning fire detection, reacting to fire situations in their earliest stages and protecting lives and property.

“SigniFire was developed in the US by Fike, which is an internationally recognised supplier of products and services that protect people and critical assets from dangers, such as fire, explosion and overpressurisation,” emphasises Lundgren.

Moreover, she points out that the system has all the necessary manufacturing and safety approvals, such as FM, UL and CE certification, and is recog- nised by the National Fire Protection Association.

“The conclusion deduced from the testing that the SigniFire VID system is just as quick as, and in some cases even quicker, than any other detection method used for small fire sources in areas where the ceiling is 550 cm or higher.

“The only other system to detect 100% of the fire was the air-aspiration system with its fire sensitivity having been increased to 0.2%/m. Despite the high sensitivity, it was still outperformed by SigniFire 88% of the time,” she boasts.

Lundgren says the visual-based fire detection (VBFD) system offered by SigniFire has numerous advantages over conventional systems such as its early-warning flame detection system, which detects flames within a matter of seconds at the source.

Lundgren notes that the SigniFire’s video surveillance capabilities can detect intruders. Further, she adds that the system is simple to install and can be installed lower than ceiling level during work hours, thereby avoiding unnecessary working disruptions.

Moreover, she says that challenging environments and open-area venues no longer have to settle for inadequate fire protection as each SigniFire Internet Protocol camera can be configured with multiple detection and/or exclusion zones in the field of view.

“These zones are set to detect either specific events, such as fire, smoke, reflective flame and motion, in the zone or events outside the zone,” Lundgren explains, adding that the activation of each zone can also be linked to time schedules.

This ensures that the system is always functioning when required and that it will not interfere with special events or circumstances.

The major challenge that C3SS faces in marketing the SigniFire system is that VBFD is not conventional technology and the general public is sometimes hesitant to use new technology, Lundgren says.

“This was the same challenge we faced when installing thermal cameras combined with intelligent video analytics in 2007, and currently several companies are offering this combination,” she states, adding that C3SS prides itself in being the leader in innovation in technology and service offering. “SigniFire is a fairly easy sell at public demonstrations and exhibitions, as the end-users can clearly see the system’s advan- tages and it is competitively priced,” Lundgren concludes.