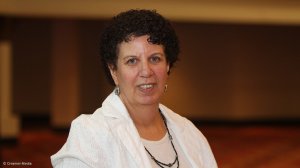 The Tshiamiso Trust, which was established in February 2020 to manage the payment of benefits to eligible silicosis and tuberculosis (TB) sufferers in the gold mining sector, has paid benefits to the first seven claimants in the past two months.

The trust has been hard at work over the past year to ensure it is able to process claims.

Since its establishment in February 2020, the trust has opened 50 lodging centres where the claims process starts.

As at February 28, the Tshiamiso Trust call centre has taken 10 151 calls, while 5 638 appointments have been made by claimants to start the lodging process. About 2 400 claims have been lodged and 408 medical examinations have taken place.

The six participating companies to the trust, African Rainbow Minerals, Anglo American South Africa, AngloGold Ashanti, Gold Fields, Harmony Gold and Sibanye-Stillwater, have in aggregate provided for about R5-billion that is expected to be paid in benefits and to fund the costs of the trust.

A class action suit was launched in 2013 on behalf of miners suffering from silicosis after having worked in the country's gold mines between March 12, 1965, and December 10, 2019.

Silicosis is an incurable lung disease caused by breathing in tiny bits of silica, a mineral that is part of sand, rock and mineral ores. It causes chest pains, coughing and breathing problems, and also increases the risk of contracting TB.

Tshiamiso Trust chairperson May Hermanus clarifies that there is a maximum amount stipulated for each class, related to the severity of the mineworker's illness. Only about 1% of all claimants will be eligible for a R500 000 claim, the maximum amount set in the highest class.

Further payments will be expedited as more lodgement centres open up.

Tshiamiso Trust CEO Daniel Kotton aims to have opened 150 lodgement centres over the next nine to 12 months across South Africa, particularly in Limpopo,  as well as in Lesotho, eSwatini, Mozambique, Botswana and Malawi, as these countries are the source of many migrant mineworkers in South Africa.

Eighteen of the 50 lodgement centres launched so far are located outside of South Africa, each equipped with the necessary trained staff and information technology infrastructure to link to the trust’s central database.

The trust has a central database of people who are likely candidates for claims, compiled from information that mining recruitment agency Teba has accumulated over the years, the Medical Bureau for Occupational Diseases as well as employee history data from mining companies themselves.

The gold mining sector in South Africa has employed more than 1.3-million people. Of that, about half, or 630 000 people, have worked on mines that are party to this trust, in the period that the trust covers.

Of those, there will be a number that have not contracted silicosis or TB from occupational conditions.

“There are many people who will find they will not necessarily benefit from the trust, but we will do our level best to pay out legible claimants,” Kotton says.

The claims process follows eight steps, starting with claimants checking their details online or through a call centre, to see whether they are noted on the trust’s database.

The tool to check these details can be found at https://www.tshiamisotrust.com/status-check/.

Next, claimants can call the call centre to make an appointment and proceed to take all of the necessary documents to the lodgement centre on the day of appointment. It may then be necessary for claimants to undertake a benefit medical examination.

The trust has formed partnerships with hospitals groups, including Netcare, and smaller service providers to increase and bolster the medical service provider network for these examinations, considering that few State hospitals have the capacity to test for or evaluate the severity of the illnesses in question.

All details are then reviewed by the Medical Certification Panel appointed by the trust and trust certification members. Once reviewed, which should not take more than six months per claim in total, the monetary compensation will be paid or not. Claimants can appeal the decision if their claim is rejected.

Claimants will have 30 days to appeal the rejection decision, from the day that the notification of rejection was received.

Hermanus acknowledges that the time lag between the class action settlement and the establishment of lodgement centres and claims processing systems has been frustrating, especially considering the time-sensitive nature of these illnesses.

“The trust is endeavouring to ensure that the work is done in a widespread and most efficient way possible. We have had to be meticulous to move at a significant scale, and rigorous in our planning to put in place concrete systems. Although the trust has a 12-year operational range, we aim to reach the majority of claimants much earlier,” she assured.

The biggest challenge posed to the work of the trust is the lack of quality and complete information available, considering that some claims date back to 1985, which understandably means a volume of missing or not yet existent paperwork.

However, Hermanus highlights that the mining companies will have to respond to claims should it exceed the R5-billion earmarked for settlement.

Moreover, Kotton and Hermanus warn of various scams that have come to light, such as companies claiming to provide assistance to get claims from the trust processed for a fee. They reiterate that the trust will not be using third-party service providers of this nature, nor will they, at any stage, charge a fee for services related to the claims.