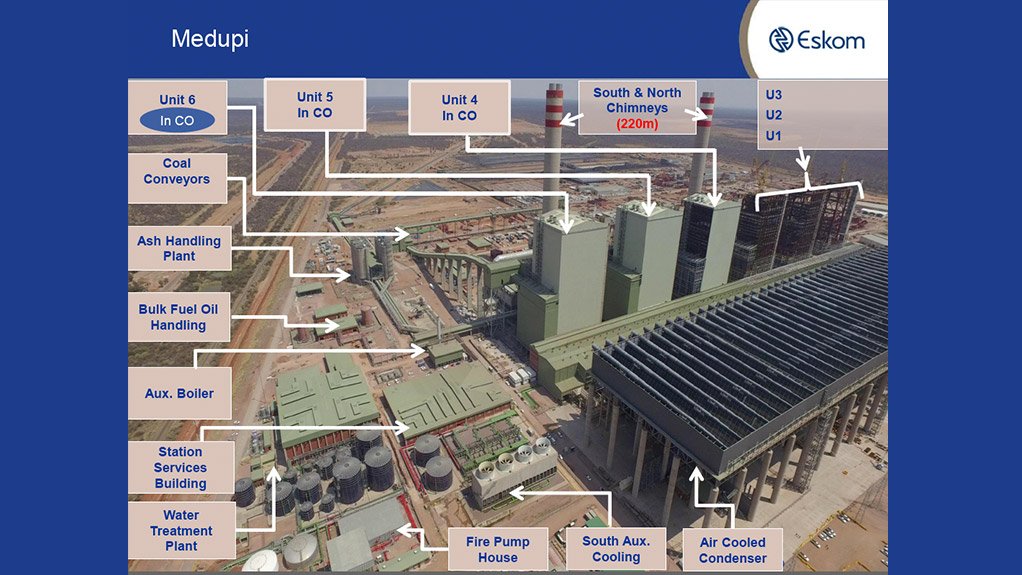 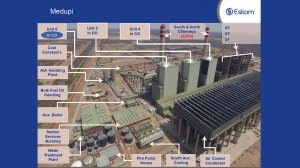 State-owned electricity producer Eskom has offered a sobering update on the difficulties it is having at its Medupi and Kusile coal projects, which are not only years behind schedule and significantly over budget, but are now also beset with technical defects that are resulting in a serious underperformance of the four units that have entered into commercial operation.

Officially Medupi is expected to cost R145-billion to build and Kusile R161-billion. The projects are two-and-a-half times more expensive than what was initially budgeted and are well behind schedule, with the last Medupi unit expected in late 2019 or early 2020 and the last Kusile unit by mid-2022.

In a presentation delivered during the National Energy Regulator of South Africa (Nersa) public hearing in Soweto on Friday, technology GM Dr Titus Mathe reported that the three Medupi units and the one Kusile unit currently in commercial operation had, for the financial year to date, experienced a total of 84 unit trips. Medupi unit trips rose from 20 during the 2018 financial year to 66 in the 2019 financial year, which runs to March 31.

He also revealed that the average energy availability factor (EAF) for the Medupi units was below 70% between April and December last year, with Unit 6, which was the first unit to enter into commercial operation in 2015, having been shut for repairs for three months from the start of September to the end of November.

The immediate target is to return to an EAF of 70%, which is well below the 92% ‘use requirement specification’ target set for the units.

Earlier this year Eskom indicated that the resumption of load-shedding in late 2018 was partly the result of the under performance of those Medupi and Kusile units that had been brought into commercial operation.

While Eskom initially described the poor performance of the units as “teething problems”, Public Enterprises Minister Pravin Gordhan indicated that they could be more fundamental, particularly in relation to the performance of the boilers, the grinding mills and the fabric filters.

A forensic investigation was instituted in 2018 in a bid to understand the problems.

Mathe confirmed that major design and technical problems had been discovered, most of which related to the boilers. Some of the technical issues identified include:

Eskom had established a specialist team to develop solutions to rectify major defects and work streams had been established with contractors to jointly evaluate solutions.

Mathe insisted that Eskom “knows exactly” what the challenges are and said that detailed plans are in place to address the unit trips.

He added that Eskom expected to have technical solutions for all the defects within the coming six months. It would then enter into commercial negotiations with contractors regarding liability for the defects and on how the repairs will be implemented.

He warned that some of the repairs would require the units to be on outage, which meant that the defects would probably be repaired in phases from around 2021 onwards.

The timetable for the remaining Medupi and Kusile units had been slightly extended. The final completion date for the last Medupi unit had been shifted to November 30, 2019, from May 31, 2019, while Unit 6 at Kusile was still expected to be finalised by June 30, 2022.