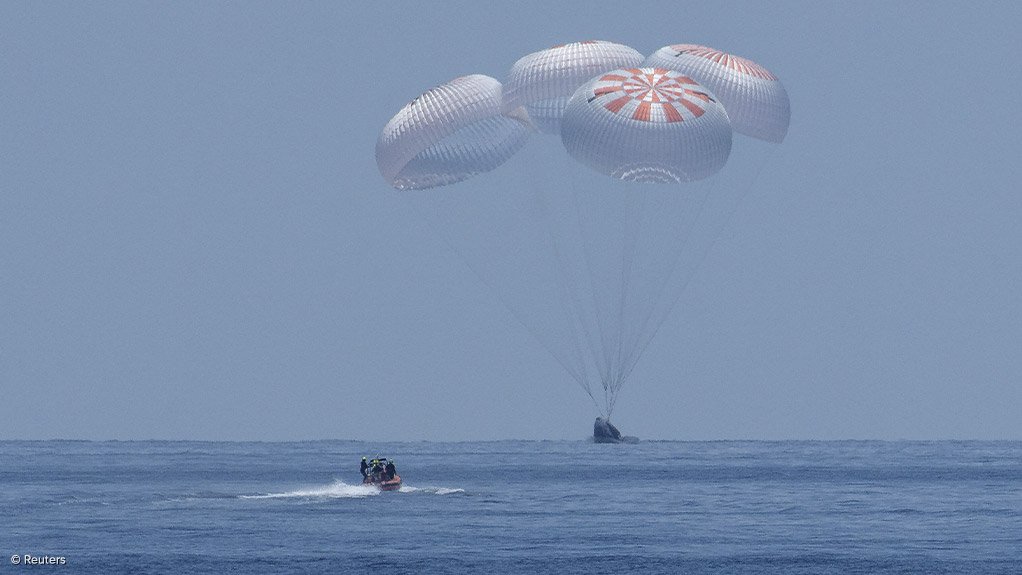 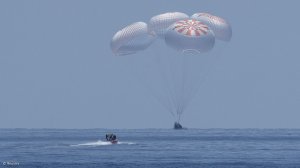 The SpaceX Crew Dragon Endeavour spacecraft made its historic splashdown in the Gulf of Mexico off the coast of Pensacola, Florida, in the US, on August 2. The capsule carried US astronauts Bob Behnken and Doug Hurley, who rocketed to the International Space Station two months earlier. The successful splashdown, the first in 45 years, was a final key test of whether Elon Musk's spacecraft could transport astronauts to and from orbit. Having done so, SpaceX became the first-ever private company to accomplish such a feat, heralding a new era in space discovery. Photograph: Supplied to Reuters