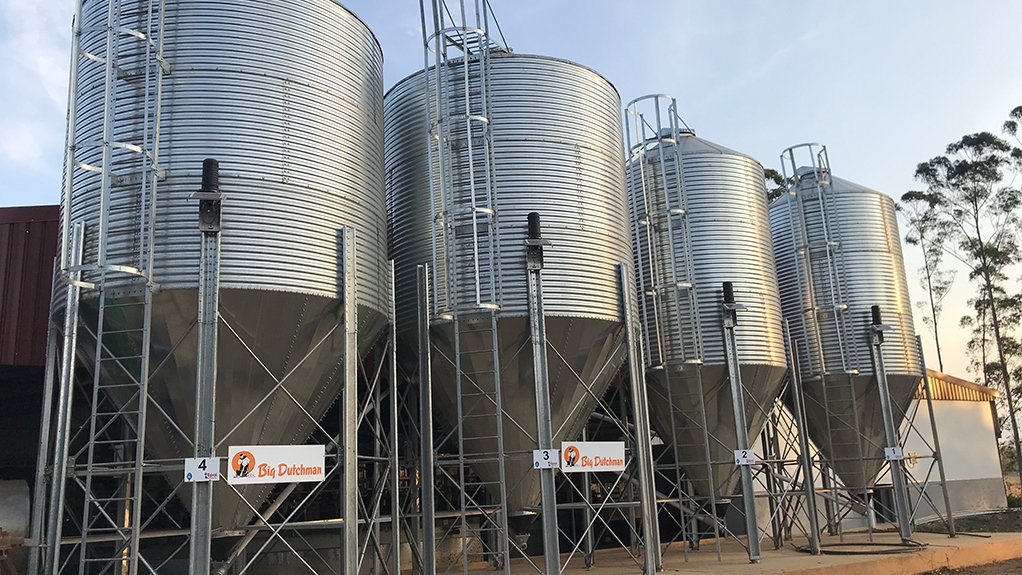 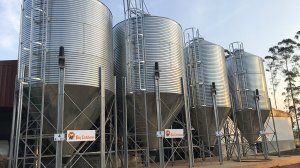 Monitoring and control technology company Shock Wave Engineering is negotiating rental agreements with local feed suppliers for its Feed Silo Optimiser to eliminate the “headaches” associated with farmers ordering feed too soon and discarding exceed feed unnecessarily, or running out of feed when ordering too late, says CEO Murray Bredin.

The Feed Silo Optimiser uses load cells under each leg of the feed silo and is calibrated at installation to provide the mass of the feed remaining in the silo. Boasting a less than 1% variance, the system monitors the mass and transmits the data directly to the cloud.

Not only is this data sent daily to feed supply companies by email, flagging silos requiring filling, but farmers can also monitor their feed stores using a smart phone or computer.

“In so doing, we are simplifying logistics operations for feed suppliers and eliminate the need for regular manual checks of silos by farmers,” says Bredin.

In February, before the national lockdown was initiated in March to curb the spread of Covid-19, the company entered into a rental agreement with feed supplier De Heus, whereby it would pay for the rental and the farmer would be responsible for the installation fee.

“Farmers were happy to do this pre-Covid-19,” but the pandemic has created a barrier to entry.

However, Bredin believes farmers will reconsider installing the Feed Silo Optimiser once they see the benefits being realised by farmers who have adopted the system.

Notably, the product reduces the need for technicians to travel to site, compared with a conventional load cell system, and thereby helps reduce the risk of spreading Covid-19.

The company has supplied 16 units since the Feed Silo Optimiser was introduced on to the market in 2019, a year after development started.

Shock Wave applied many of the lessons it learnt from developing its Pump Optimiser, speeding up the development process. Nonetheless, challenges were still faced.

“Initially we used an off-the-shelf load cell amplifier, but this required on-site setup and calibration. It also necessitated the use of power supplied by State-owned utility Eskom which is prone to surges and equipment failure,” explains Bredin.

Further, to control the system remotely, Shock Wave opted to integrate a load cell amplifier chip with its microprocessor, as well as power the unit using a solar panel and battery.

Bredin notes that to reduce the solar panel and battery size the company put the unit in sleep mode in between measurements.

“This made remote firmware updates exceedingly difficult, but we eventually developed a robust process after many iterations and testing.”

Mechanically, Shock Wave needed to figure out how to accommodate a range of feed silo legs and feet.

“We went through a few iterations of support plates to ensure the feed silo feet are adequately supported,” stated Bredin.

Recognising the need to simulate actual loading conditions from the start of the development process, Shock Wave acquired a hydraulic press to simulate different loads. This allowed for the initial development to take place under controlled conditions.

“We then moved to getting test units into the field as early as possible so that we could understand what actual conditions would be encountered on site,” says Bredin.

The optimiser can also be fitted with Remote Repair, a recently developed feature that allows Shock Wave to isolate faulty components remotely. With Remote Repair the system can be reconfigured and repaired within three hours of a reported fault.

While the load cells and electronic components are imported, the printed circuit board is printed in Edenvale and assembly is done by hand in-house at Shock Wave’s Strydompark facility, in Randburg.

“As volumes increase, we will change to pick and place.”

Shock Wave’s workshop is also responsible for laser cutting support plates made from 3CR12 or 304 steel - which are then bent by a computer numerically controlled machine, making radio frequency cable assemblies, and the final assembly of the Feed Silo Optimiser. The company can produce 20 units a month.