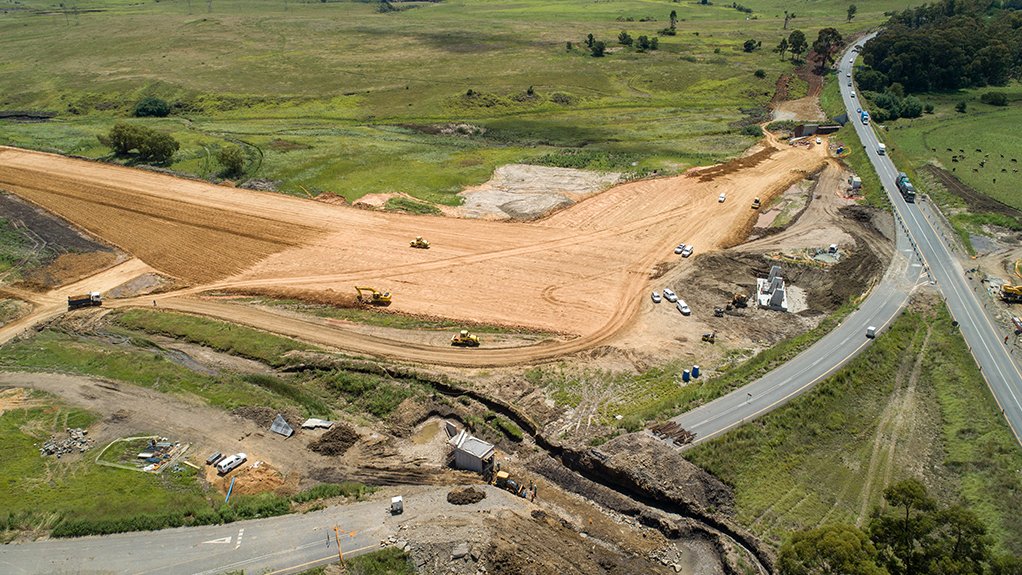 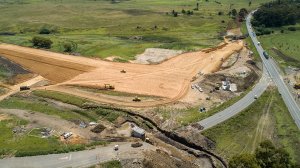 In Limpopo, the R37 improvement project between the Modikwa mine and Burgersfort worth R616-million is under way. The project involves widening the road, providing overhead lighting and constructing four major structures and a pedestrian bridge. The existing drainage structures will also be lengthened and upgraded to accommodate the widened road profile, says Sanral communications and marketing GM Vusi Mona.

“A total of 106 community members have been employed for the project, including 41 adults (25 male and 16 female), 65 youths (51 male and 14 female). In addition, 14 small, medium-sized and microenterprises (SMMEs) have been awarded subcontracting opportunities on the projects. The SMMEs also received training on tendering so that they can bid for the upcoming community development projects as part of the project. A R162-million budget was earmarked for targeted SMMEs.”

Work has also started on the Kokstad Interchange along the R56 provincial route from the existing intersection with the N2 to the Kokstad town centre, in KwaZulu-Natal. Covering about 2 km, the R563.5-million project started on September 1, 2021, and was 13% complete as at the end of February this year, at which point 11% of the value had been spent.

“The project, which will take 33 months to complete, involves the construction of a new interchange on the N2 and the replacement of the existing at-grade intersection of the N2 with the R56. The proposed interchange comprises a new three-span bridge, which will carry traffic on the R56 over the N2 towards Kokstad or south towards Mthatha,” elaborates Mona.

“These upgrades significantly contributed to increased road safety and a much-improved road user experience overall. More than R500-million was set aside for SMMEs, while well over R300-million was spent on labour,” states Mona.

Sanral is also busy with the R600-milliion N7 upgrade between Malmesbury and Moorreesburg, which should provide jobs and economic participation opportunities for several SMMEs in the West Coast district municipality over the next three years.

Further, the R770-million upgrade of the R72 road between Birah river and Openshaw Village, in the Eastern Cape, was completed in August 2020. The road was widened to 13.4 m, geometric enhancements were made to existing alignment and intersections, pavements were strengthened, drainage facilities were improved and bridges and major culverts were rehabilitated.