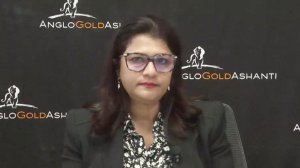 Da Cruz reported that the gold mining company is also working with industry peers and vehicle original-equipment manufacturers through an initiative of the International Council on Mining and Metals – the Innovation for Cleaner, Safer Vehicles – to bring about feasible and accessible technology to reduce diesel particulate matter towards zero. (Also watch Creamer Media video.)

“Our board has stated publicly that AngloGold Ashanti is committed to charting a pathway to net zero.  We have reduced our emissions by 48% since 2007, exceeding our own target reductions of 30% by 2022, with four years to spare. We’re forecasting that this reduction, from the 2007 base year, will rise to around 68% in 2022, following the sale of our South African assets,” Da Cruz added.

AngloGold, he said, was currently undertaking work to understand the potential for further decarbonising its energy mix – and also that pathway to net zero – and would provide that update in due course.

He said that the company had one of the lowest carbon intensity energy mixes amongst gold peers. This was defined, he added, as the amount of carbon emitted as a percentage of the total energy requirement.

“This overall quality of our energy mix is thanks to the contribution of hydropower used at our Brazil and Ghana operations, as well as the shift from diesel to gas-fired electrical power generators for our Australian assets some years ago.

“What’s not counted in these numbers is the self-generated hydropower at our Kibali Joint Venture, in the Democratic Republic of Congo, and the planned introduction into our portfolio of the Colombia projects, pending their approval. Colombia boasts one of the world’s greenest energy mixes, with around 80% of its baseload capacity powered by hydroelectric sources, and much of the thermal component used only for back-up.

“As good as this energy mix is, we’re not satisfied and are working on plans across our operations to further reduce these emissions. One example is our plan later this year to start testing gas-hybrid haul trucks at Iduapriem, a first for the African continent. We’ll talk a little more about our other plans in due course but suffice to say that decarbonisation is a key part of our overall climate response," Da Cruz stated in a written response.

AngloGold interim CEO Christine Ramon said this week that AngloGold, which remains primarily listed on the JSE, presents an attractive value proposition in that the company is approaching its strategic goals from a position of financial strength underpinned by a strong balance sheet.

Speaking to analysts following the reporting of higher headline earnings of $203-million in the three months to March 31, Ramon described the company as being at an exciting inflection point in its growth path.

Production growth of up to 20% is projected and declining costs forecast, as its mainly brownfield investments bear fruit.

“We’ll stay laser focused on converting more of our vast mineral resource endowment into ore reserves,” said Ramon, who described the company as having a well-defined capital allocation framework, focused on making careful investments that provide returns higher than the cost of capital.

AngloGold in December disposed of its last remaining South Africa assets ­– Mponeng, Savuka and TauTona ­– to Harmony Gold, on the back of which the JSE-listed Harmony on Tuesday reported a strong set of cash-rich year-on-year operational results, Mining Weekly can report.

A commitment to environmental, social and governance (ESG) principles is also giving the company a social licence to operate in the communities close to its mines in Africa, South America and Australia.

“We’re building on a strong climate track record with another big stepdown in emissions this year, and we’re committed to charting a pathway to net zero,” said Ramon, who reported that the implementation of the recommendations of the Task Force on Climate-Related Financial Disclosures is expected to be completed later this year, along with new emission reduction targets and strategies to further reduce emissions and carbon footprint.

Kramer said the $197-million dividend distribution to shareholders in the quarter reflected the company’s ability to balance the competing capital needs of the business while improving value to shareholders.

Liquidity remains strong and continues to provide flexibility in the volatile economic climate. More than R1-billion was in the cash kitty at the end of March and liquidity is supported by a $1.4-billion multi-currency revolving credit allocation.

“We remain strongly levered to the gold price and currencies and expect cash flow to benefit from prevailing current market conditions, as well as from production and other improvements in our business, particularly through the second half of this year,” Kramer added. At the time of going to press, the gold price was at $1 824/oz.

AngloGold VP planning and technical Graham Ehm reported that construction of the second phase of the Obuasi Redevelopment Project was 97% complete as at March 31. The ramping up of Phase 2 to double the production rate to 4 000 t/d is now the focus. At steady state, the 20-million-ounce high-grade gold orebody will be yielding between 350 000 oz and 450 000 oz a year.

This quarter, which represents the second quarter of Obuasi’s commercial gold production, saw gold production increase by 50% to 46 000 oz and the all-in sustaining cost (AISC) fall by 6% to $1 234/oz.

AngloGold COO Africa Sicelo Ntuli reported that the Africa region produced 352 000 oz in the three months to March 31, which was 11 000 oz more than in the corresponding quarter of last year, at an AISC of $1 140/oz.

Upcoming in Africa, in addition to the big Obuasi, are Tanzania’s new Nyamulilima opencast mine at Geita, the new Geita Hill underground operation, the new Cut 2 at Iduapriem and the new Block 2 opencast mine at Siguiri.