Ramjack remote operational centre has potential to save mines millions

Ramjack remote operational centre has potential to save mines millions 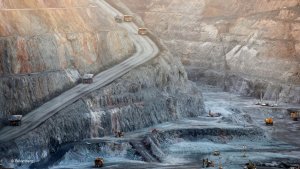 The South African-developed rROC remote operations centre (ROC) can potentially save mines millions of US dollars by addressing their skills issues while driving productivity figures and improving safety records.

rROC was created by Randburg-based specialised systems integrator Ramjack Technology Solutions, which was established in 2013 to bridge the gap between original technology manufacturers and mine operations, providing localised services using products purpose-built for the harsh mining environment.

The rROC service was conceptualised on the back of the company’s six years of experience in supplying foreign real-time technology to Africa, Europe and the Middle East. Over this period, Ramjack VP of execution excellence Stephane Cantin says the company observed that mines were not only struggling to procure their mining technology but also to get a return on investment.

Equating rROC to air traffic control for mines, he points out that the service solves the problem of realising the productivity mines desire from the technology they already have on site by using the mine’s systems at a more advanced level. Finding professionals that know these technologies is difficult and so is attracting and retaining these skill sets. The professionals who are on site, however, are “barely capable of keeping up with the installation, maintenance and ongoing running of the systems. Therefore, these professionals don’t have the time to analyse data to introduce step changes in the way that we can,” Cantin explains.

Through remote connectivity, data from mining equipment, such as loaders and articulated dump trucks, as well as from fixed sensors is sent to rROC. Analysed by application specialists in South Africa, this data is used to instigate actions that will improve production and avoid costly breakdowns by addressing operational errors, as well as prevent accidents through fatigue management and collision avoidance. Environmental monitoring for tailings dams is also available.

“From a voice communication perspective, using Radio over Internet Protocol, we are able to listen in and talk to mine equipment operators and shut down equipment from the ROC in South Africa when necessary,” says Cantin.

The rROC service further promotes knowledge transfer and involves procedure development. The idea, states Cantin, is to hand over the reins to the mine once its staff are adequately skilled to take over the monitoring and data analysis – after the procedures are streamlined and their benefits well proven. “The idea is not to burden the mine with trial and error.”

The company has approached several customers about the idea of outsourcing a ROC. A mine in the Democratic Republic of Congo (DRC) was the first to take up the opportunity and bring rROC into existence.

Signing a contract with Ramjack in July last year, the DRC mine achieved return on investment in less than three months after rROC became operational, following a ramp-up period of three months.

Although real-time technology in mining is not a new concept, with the use of early systems starting in the 1980s, and mines introducing the concept of remote control rooms between 2000 and 2010 to solve logistical challenges, Cantin believes Ramjack is the first company in the world where real-time productivity, safety functions and a ROC has been fully outsourced to a third party.

Cantin explains that Ramjack’s capacity is unlimited when it comes to adding new mines to rROC. The minimum rROC programme is 12 months to ensure that the knowledge and procedures developed through the programme are institutionalised.