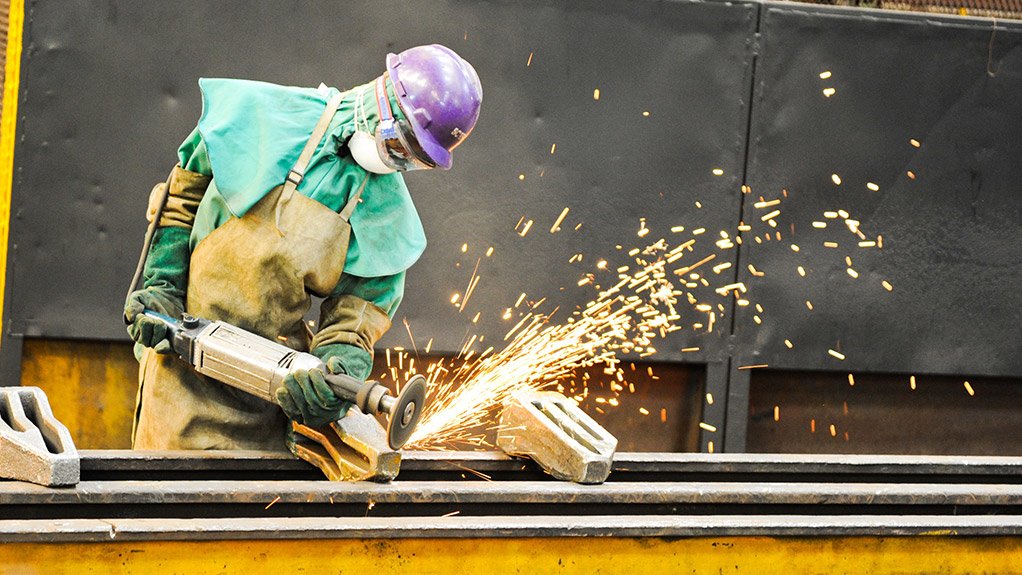 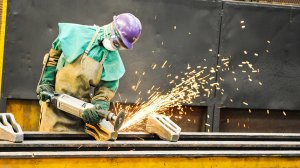 The National Foundry Technology Network (NFTN), an initiative of the Department of Trade and Industry (DTI), last year updated several industry-focused skills development programmes to bridge the widening skills gap and mitigate the effects of an ageing industry, as many skilled foundrymen are nearing the end of their careers.

NFTN project leader Steve Jardine says skills are a key component of sustaining and growing the foundry industry to ensure its longevity. He says the aim of the NFTN programmes is to develop students’ skills from a basic foundry level through to a qualified artisan level. “Some students even go as far as acquiring their master’s degrees,” he says.

A particularly successful programme launched in 2013 is the Gauteng Foundry Training Centre (GFTC) artisan programme, which will this year teach first-year and second-year students enrolled in the GFTC programme the three core trades of the industry – melting, moulding and pattern making.

Jardine adds, however, that the number of artisans trained at foundries has decreased over the past few years. “The aim is to provide a trade test centre for the core foundry trades, which is able to equip young and aspirant foundrymen with fundamental knowledge required, including mathematics and science, with specific practical foundry skills.”

The GFTC programme is receiving financial support from the Gauteng Department of Economic Development, in partnership with the NFTN, and is hosted by the Ekurhuleni East Technical Vocational Education and Training centre, which also hosts an artisan training programme for toolmakers.

“We hope that by the time the students complete their trade test, they will have the relevant know-ledge and skills to be sought-after artisans and to find employment in the industry,” says Jardine.

He adds that the current education programmes being run, or funded, by the NFTN are achieving their objectives in terms of providing skills at the required level. Further, the curricula of the programmes have been modernised to meet the challenges currently facing the industry, he adds.

It is a significant competitiveness issue that industry continues to use ageing equipment and outdated technology, and is constrained from transitioning to new methods.

“The local foundry industry has a lot of capacity, but still cannot compete at the same levels as those companies that provide imported metal castings,” Jardine explains, adding that this problem is worsening.

He notes that the South African industry was benchmarked against that of Brazil, Russia, India and China – its fellow Brics countries – and was found to have far less professional skills employed than any of the other Brics countries. “The industry does not perceive the need to engineer solutions to drive costs down and has not used enough of the educational resources available through universities and other tertiary education and training facilities to increase their competitiveness,” says Jardine.

Hopefuls Learn Abroad Established in 2011, the Research Innovation in Foundry Technology (Rift) programme, which is funded by the Department of Science and Technology, provided eight postgraduate students the opportunity to complete their degrees overseas.

Four metallurgy students from the University of Johannesburg (UJ) studied foundry engineering in Germany, while four mechanical engineers from the Cape Peninsula Universtity of Technology (CPUT) studied upfront engineering in foundry applications in Poland. The students successfully competed their degrees in three years, returning to South Africa in 2014. All students are currently working to support the industry at the UJ-Metal Casting Technology Station (UJ-MCTS), or CPUT.

“The UJ students are a unique success story in that the four students sent to Germany were all women, which is uncommon in the male-dominated foundry industry,” notes Jardine.

The Rift programme is hosted by the UJ-MCTS and the CPUT and is supported by the NFTN and the South African Institute of Foundrymen.

Meanwhile, the NFTN’s New Foundry Generation Forum (NFGF), launched in 2013, caters for foundry professionals and future industry leaders. Participants include those with engineering or commercial skills and even personnel occupying middle-management or specialist positions in a foundry.

“The NFGF is a support programme and network orientated for young up-and-coming industry leaders or like-minded people,” says Jardine, adding that members are not necessarily all young, and include a broad age base – members range from 25 to 45 year olds.

The NFGF started as a pilot programme with the aim of promoting a common purpose in the industry, providing the opportunity to explore and understand new technologies, as well as promote problem-solving techniques and the benefits of design and engineering.

The programme facilitates a problem-solving module and a front-end technologies module. Students who are part of the NFGF can further their design knowledge with the Vaal University of Technology’s three-dimensional printers. “During this process, students learn to reduce the number of faults in the design process to the point where they can actually use technology to design from the very start, which increases process efficiency,” Jardine says.

A second intake of 15 students for the NFGF were enrolled on April 9.

The NFTN is also investigating the introduction of a second-year component to strengthen weak areas uncovered in the first year of the NFGF. “Some gaps were found in softer skills, such as strategic management, sales and marketing and financial management,” notes Jardine.

He concludes by stating that a great benefit is the focus on those already employed in the industry, “whereby the skills learned through the NFGF can be implemented immediately”.