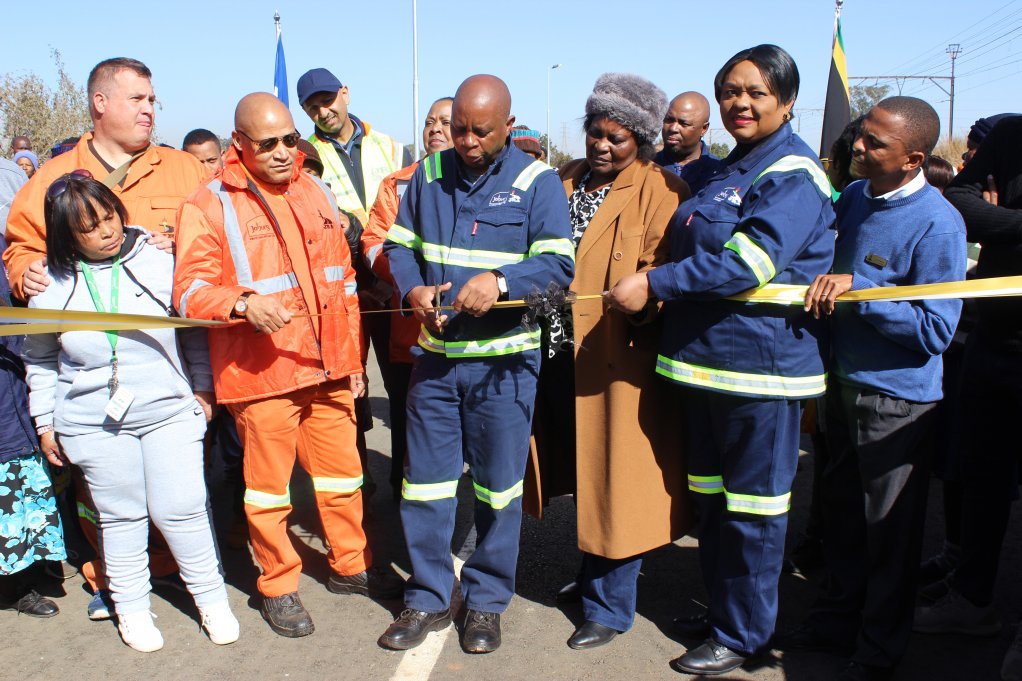 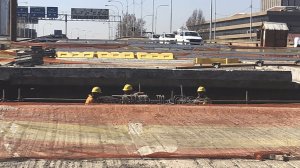 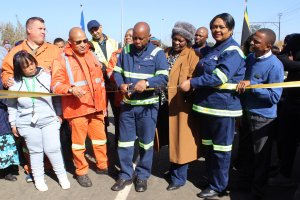 Johannesburg mayor Herman Mashaba and Transport MMC Nonhlanhla Makhuba on Thursday officially opened the newly built Klipspruit bridge, as well as the 300 m stretch of road adjacent to it.

Situated in Soweto Wards 11 and 17, the bridge replaced a culvert bridge which flooded yearly during the rainy season. Construction activities began in January 2018 and the reconstruction included the installation of side drains, gabions, stone pitching, pedestrian walkways and concrete kerbs, besides others.

Addressing community members and media, Genu added that the Klipspruit bridge was a world-class bridge that was designed to withstand a “one-in-100-year flood”.

He conceded that there had been minimal construction delays owing to theft and “a rough start” with the communities, but thanked the communities for their eventual support.

Genu said the JRA appreciated that there was a significant infrastructure backlog and assured the community that the agency was making headway as and when the budget allowed.

Makhuba added that the bridge demonstrated the city’s commitment to residents’ safety and reiterated that the JRA was doing the “best it can with limited resources”.

“As we continue to bring development into your areas, it is my plea that you assist us in making great things happen,” Makhuba said, adding that, while sympathetic to the frustrations caused by unemployment, communities should find alternative means of expressing themselves instead of “destroying or delaying the very projects that are intended to uplift the community.”

Meanwhile, Genu told Engineering News Online that the M2 bridge rehabilitation project was about 60% complete and on track for handover on October 31.

He noted that the contractor – Stefanutti Stocks – was currently working on the reconstruction of four columns across Sauer street. The columns were the only four that needed to be demolished owing to defective structures, with the previous outside column’s foundation being faulty as well.

Genu explained that the construction of the 4-m-wide by 18-m-tall columns would take about a month to complete.

The joints and decks of the entire bridge also needed to be waterproofed, with Genu explaining that a significant portion of the damage caused to the M2 was water-related.

He explained that in the 1960s when the bridge was built, the waterproofing technologies that exist today were not available, and because of that, as the drainage systems were blocked, water started seeping into the bridge’s concrete structures.

“There are eight bridge structures along the M2 bridge, which is about 2 km long and they all have the same problem . .  . what we want to do before the end of October is to waterproof the bridge structures.”

He noted that, with the decks, all that was required was the removal of 30 mm from the 100 mm surface and the resurfacing thereof with a waterproof asphalt.

He noted that parts of the bridge repair programme would continue for at least three financial years, but stressed that these aspects would not require further road closures, except for perhaps one or two lanes at a time.