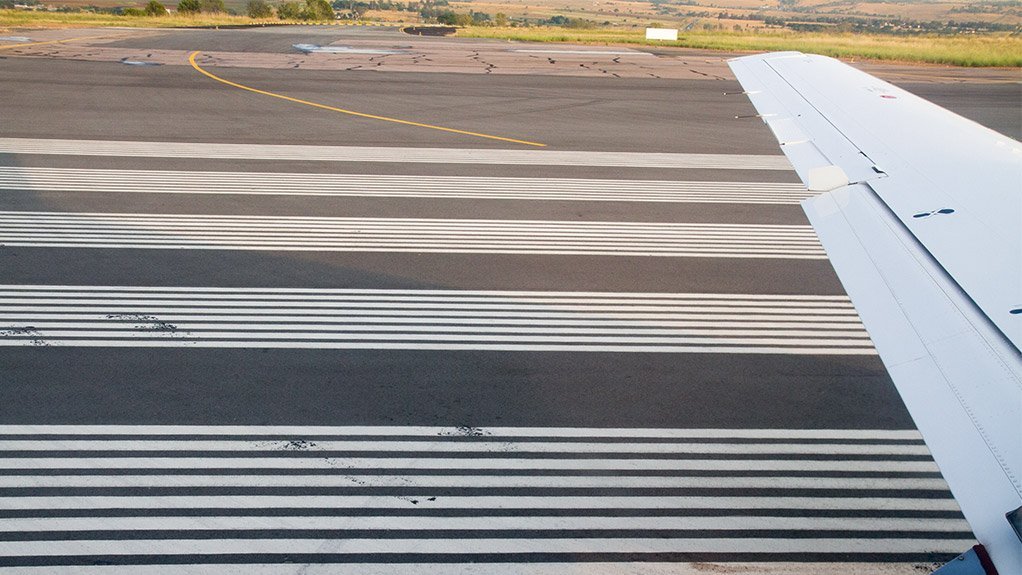 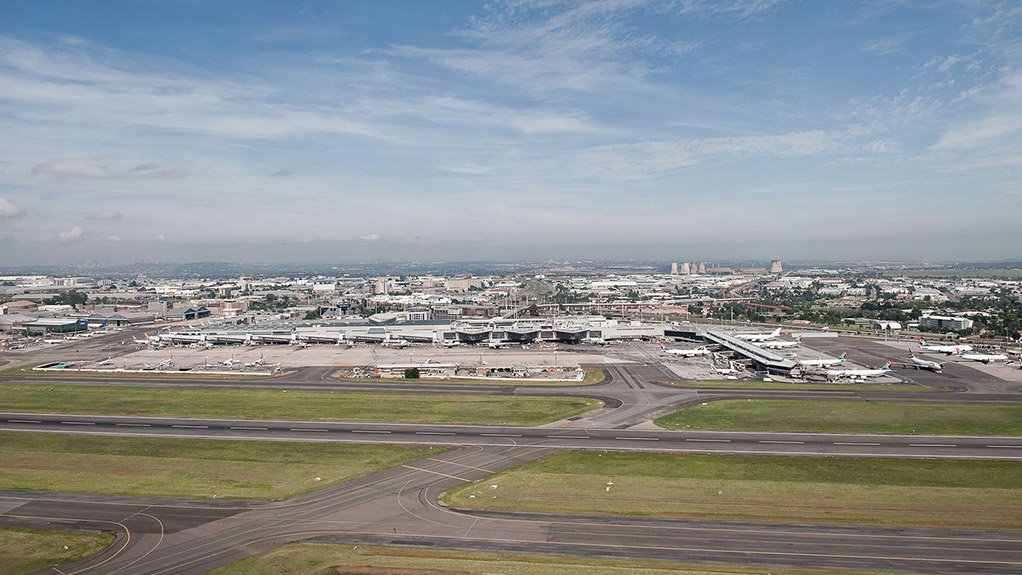 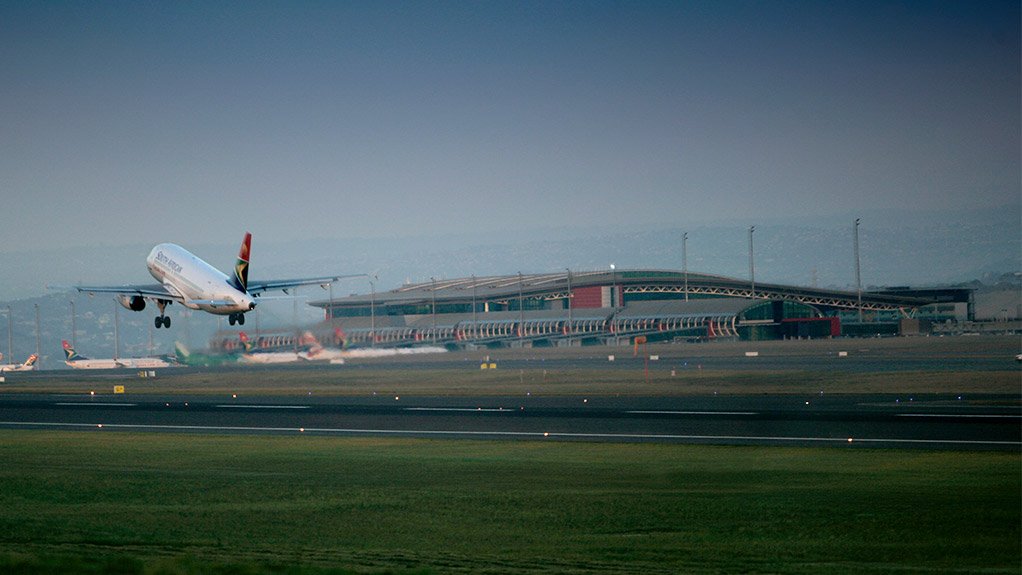 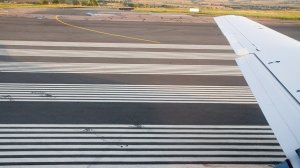 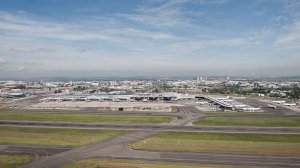 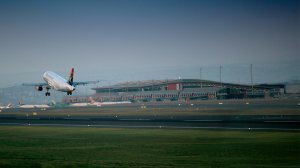 UPGRADES AND IMPROVEMENTS Realignment of the runway at Cape Town International Airport is expected to start this year
ENERGY USE Solar plants to be implemented at airports
Photo by ACSA
OR. TAMBO Several large-scale property developments are planned for the western precinct at the airport

South African airport management company Airports Company of South Africa (ACSA) announced that upgrades and improvements over the next three to eight years at six of the country’s airports would cost about R26-billion.

“The realignment of the runway at Cape Town International Airport and passenger-terminal expansion are expected to start this year. This is a significant project that will cost about R3.8-billion. It will include the redevelopment of Terminal 2 at an expected cost of R2.4-billion and a new domestic arrivals terminal at an estimated cost of R700-million.”

At OR Tambo International Airport, several large-scale property developments are planned for the western precinct. This will, ultimately, become a large complex of mixed-use facilities, including hotels, retail and offices. Other upgrades include the construction of the remote apron stand at a cost of about R500-million.

“We have also started the formal engineering scoping project for a new midfield air cargo and passenger terminal at OR Tambo International,” Sithebe adds. These projects will cost R3.7-billion collectively.

Further, the expansion of the Bravo taxiway extension and apron stands at King Shaka International Airport will cost an estimated R280-million and is planned to be completed by next year. Other enhancements at the airport include the international terminal upgrade set to start in 2021.

Other developments at regional airports include the terminal expansion at George Airport at an estimated cost of R90-million and Bram Fischer Airport, in Bloemfontein, at a cost of about R60-million. These developments are set to take place anywhere between 2020 and 2024 says Sithebe.

ACSA plans to spend another R9-billion on refurbishment and rehabilitation of infrastructure such as runways, taxiways, aprons, fuel tanks, passenger loading bridges and people movers. A further R2.5-billion is allocated to efficiency and technology, such as smart security systems to improve passenger security screening facilitation and passenger self-service technologies, such as self-bag drop and self-boarding, as well as immigration egates to improve passenger experience and facilitation through the airport.

Meanwhile, the ACSA Business Development division actively seeks opportunities such as the Operational Readiness and Airport Transfer (ORAT) project for the new four-million passenger terminal and associated infrastructure at Kenneth Kaunda International Airport, in Lusaka, Zambia, and the ORAT project for the new passenger terminal and associated infrastructure at Roberts International Airport, in Monrovia, in Liberia. The division also secures contracts which are implemented by the ACSA Technical Services division. For instance, the company successfully managed the construction of the new Terminal 3 building in Kotoka International Airport, in Ghana, and implemented operational readiness and airport transfer after construction last year.

“We are active in marketing the skills and expertise of ACSA across Africa. We expect to announce further contracts in several countries over the next few months,” Sithebe adds.

In South Africa, ACSA concluded a five-year contract to provide management and consultancy services for Mthatha Airport, in the Eastern Cape, and Pietermaritzburg Airport, in KwaZulu-Natal, through the Business Development division.

Moreover, she points out, last year, ACSA achieved Level 1 carbon accreditation for mapping and Level 4 accreditation for environmental management. She explains that ACSA subscribes to the Airport Council International programme, an executive development programme for airport executives globally that covers all functional areas of the airport business and promotes adherence to the highest professional standards.

The initiatives focus on waste management, energy and water use, and aircraft noise reduction. Sithebe explains that solar plants at the airports serving George, in the Western Cape, and Kimberley and Upington, in the Northern Cape, are performing well, with solar farm developments to start at Bram Fischer International Airport, in the Free State, and East London Airport, in the Eastern Cape, as well as rooftop solution instalments for the rest of its airports.

“We have a dedicated function within ACSA that guides and directs, in the first instance, compliance with environmental regulation. Our ambition is to go considerably further and, for this reason, we have undertaken initiatives that will drive compliance with global standards set for airports by industry bodies,” explains Sithebe.

Further, ACSA implemented the ‘silent airport’ approach at all its nine airports last year to reduce noise levels. This means that no announcements are made over a public address system unless management on duty deems it necessary or it is an emergency. Sithebe says the implementation is going well, with passengers responding positively and understanding that it is their responsibility to check flight information on display screens.

In other developments, ACSA was informed by its shareholder, the Department of Transport (DoT), of the start of the process to rename the Port Elizabeth, East London and Cape Town airports. However, the airports in Port Elizabeth and East London are not being handled by ACSA but by the Eastern Cape Provincial Geographic Names Council. The process to be followed is set out in the South African National Geographic Names Act 1998 No 118 of 1998.

One element of this process involves public consultation. ACSA managed this process on behalf of the DoT for Cape Town Airport. A report on the public hearings was submitted to the department in September last year for consideration.

Further, like any other company, business sustainability can become a concern in the current pressing economic conditions. Sithebe explains that it is especially the case with the airline business, as it is a highly competitive industry that operates with very tight margins. “We have to adapt our planning, forecasting and budgeting. We are confident in our ability to do that successfully because the company has produced a profit in all but one of the past 25 years.”

She adds that the airport industry is like an infrastructure business where investments are made with long-term horizons in mind and airport buildings and facilities are expected to endure for at least 25 years and longer. However, some of ACSA’s airports are already facing constraints and are about to reach their design capacity within a few years.

The challenge, then, is to ensure that the infrastructure is in place that will be required as economic conditions change. “For airports, it is too late if we wait for economies to change before investing in infrastructure. This is the ongoing challenge for the leadership of any airports enterprise.”

Moreover, ACSA plans to continue running a profitable business as a State-owned entity and, in addition to the major infrastructure projects, “passengers will also see the piloting and expansion of a number of technology-led projects, such as eboarding, self-baggage drops and smart security check-in points”, concludes Sithebe.