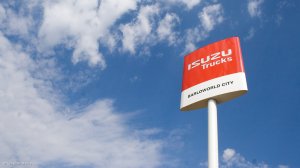 Isuzu Motors, which formed the 50:50 JV with General Motors seven years ago, viewed the move as the “next logical step” in increasing its presence in the South African market.

Speaking at the Truck and Bus Show, held in Nasrec this week, COO Craig Uren said GMSA would continue to hold on to the remaining 30% stake in ITSA to maintain the strong relationship fostered between the two parties.

He stressed that General Motors remained an important partner for Isuzu Motors and that the group was not phasing out its relationship with GMSA.

“We are going to aim to enhance the Isuzu sales volumes, provide better customer satisfaction, enhance life cycle business and stabilise the business in South Africa by strengthening the connection between Japan and South Africa.”

Isuzu also planned to focus on, and increase capital into, ITSA’s midterm business plan and would continue to leverage GMSA’s infrastructure, resources for parts ordering and receiving, transportation of completed vehicles and vehicle assembly outsourcing.

The deal would provide ITSA with increased experience, efficiencies and skills and would enable ease of access to products, as the JV “takes more responsibility for the sub-Saharan African territory”, he said.

ITSA, while on the surface remaining unchanged, would renew efforts to expand operations in, and boost exports to, the rest of sub-Saharan Africa - which was previously done on an ad hoc basis through various distributors and dealers.

He pointed out that a truck assembly operation had been established in Kenya and that discussions were under way regarding the best options for operations in West Africa.