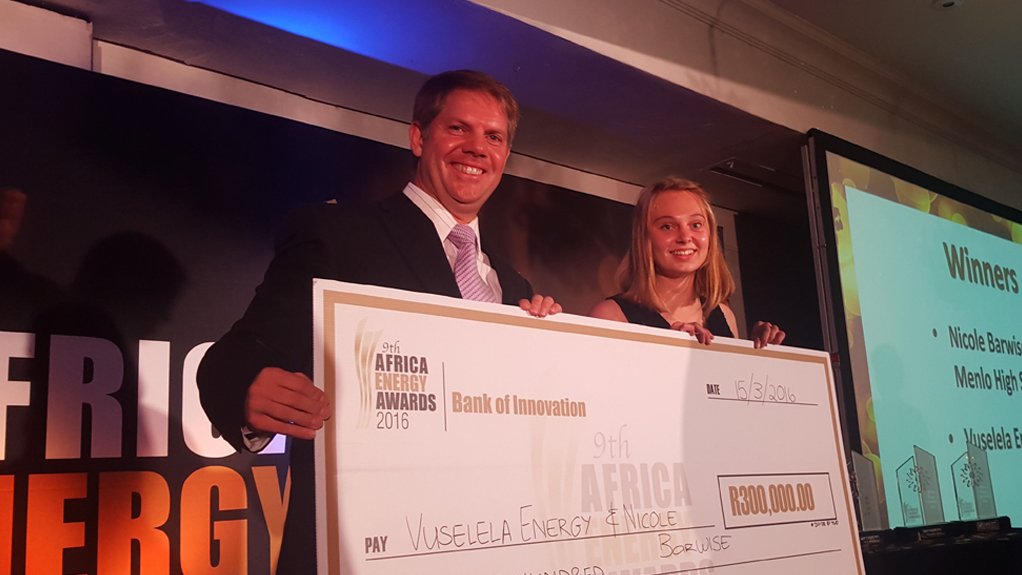 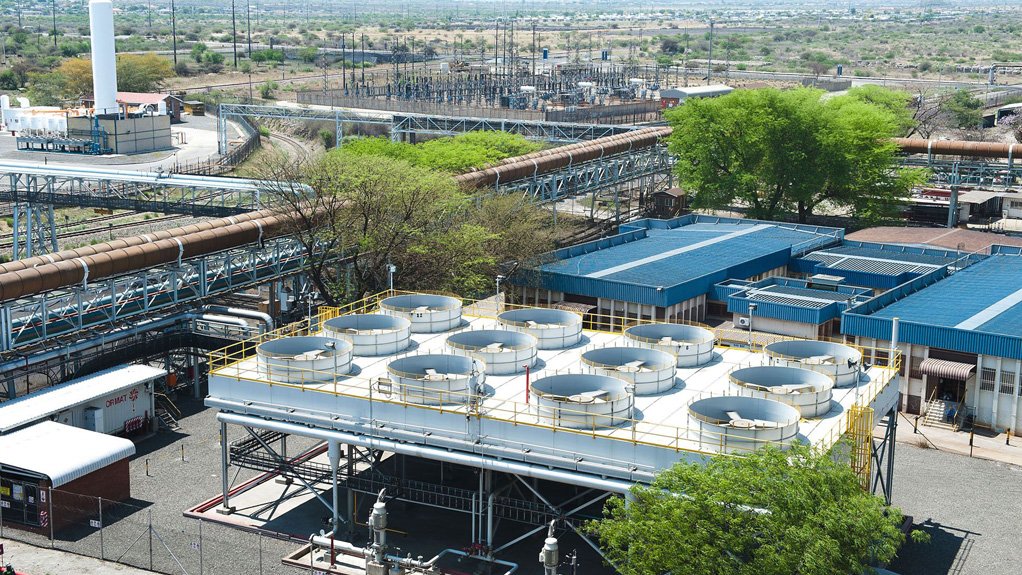 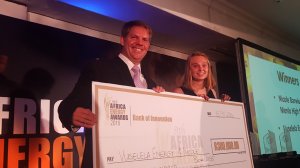 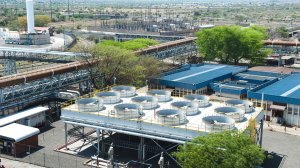 To encourage the innovation of a system that generates and transmits power independently, this year’s African Energy Awards, held in Sandton, Gauteng, last month, awarded the innovation prize to a urine-powered battery system and an Eternity power thermal harvesting project.

Menlopark high school learner Nicole Barwise, aged 16, invented a urine-powered battery system, for which she received half of R300 000.

She notes that the toilet battery system initially started out as a Grade 8 school science project, but was later an entry in State-owned power utility Eskom’s Expo for Young Scientists competition in 2014.

“We were initially asked to come up with a solution that would lessen the effects of load-shedding . . . I received a good mark and entered the project in the Eskom . . . competition, from which it was automatically entered into the African Energy Awards.”

The solution collects and reverts urine through polyvinyl chloride piping to a battery which comprises 40 individual cells that house a copper cathode and zinc anode. Five sets of eight cells are connected in series and can convert 2 ℓ of urine into 18 V, 2.5 A or 45 W of electricity.

Barwise notes that the charged cycle allows for a light-emitting diode light to burn for 42 hours and an Apple iPhone 5s to be charged, as well as other low-voltage devices.

The toilet system, which comprises a toilet bowl for women and a urinal behind the cistern for men, uses the urine as an effective electrolyte that subsequently enables negative electrons to move between the anode and cathode. The movement of electrons, in turn, generate a potential difference and allows for an electric current to flow.

She explains that 2011 census data, which indicated that about 2.5-million South Africans did not have access to electricity and running water, prompted her to find a low-cost method of producing low-potential electricity for disadvantaged communities.

While Barwise has built a working prototype, she hopes to produce more such types for use by government and nongovernment organisations, as these systems are not costly and allow for large-scale production.

She shares her interest in electricity with her father and mentor, Charles Barwise and hopes to study engineering. She adds that she did not foresee taking top honours at the event, as it is an honour usually bestowed upon large corporations.

Meanwhile, co-winner and renewable-energy project developer Vuselela Energy director Jacques Malan notes that when he saw Barwise’s entry, he knew she would be the strongest competition.

“It is a good outcome that Vuselela Energy and Barwise . . . share the prize. Barwise’s achievement gives me hope for South Africa, as it shows there are several younger engineers that are passionate and involved in the power sector.”

The Eternity power thermal harvesting power plant developed by Vuselela Energy garnered praise for innovation, as it is the world’s first power plant with an organic rankine cycle connected to a metallurgical converter, which was erected in mid-2015 at platinum mining company Anglo American Platinum’s (Amplats’) Waterval Smelting Complex near Rustenburg, in the North West.

“The plant is designed to generate 4.3 MW of clean power using waste heat generated by the converter and results in a reduction of the smelter’s carbon footprint,” he says.

Vuselela Energy has been actively promoting the eternity power thermal harvesting power plant to heavy energy-using industries such as the manufacturing, chrome mines and iron and steel, sectors, Malan notes.

“We are able to substantially cut down on overall production costs by lowering the total energy that companies use from the grid,” he states.

Malan notes that the recent political influence on the rand:dollar exchange rate has, however, made it difficult to operate in South Africa.

“We are considering opportunities for this type of technology outside of South Africa. We have had interest from Australia and Central Africa, where electricity prices are set in dollars. This, in turn, does not affect our offset costs as drastically as in South Africa,” he points out.

The ninth annual African Energy Awards event was an annexure to the proceedings of the Power and Electricity World Africa conference, which took place at the Sandton Convention Centre from March 15 to 16.