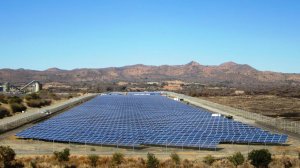 Describing South Africa’s Integrated Energy Plan (IEP) as lingering in a state of limbo, energy policy expert Richard Worthington said on Friday that any long-term energy plan should “immediately and ambitiously” prioritise the deployment of renewable-energy (RE) technologies in the short term and increase the share of renewable resources in the energy mix as extensively as possible in the long term.

“There is no other decision for which there is such a compelling case, with such a broad range of benefits and no downside.

“Over the long term, we will have to phase out fossil fuel use and, while there are difficult questions regarding the optimal timing and course of such a phase-out, it is clear that the sooner we get started, the less disruptive and costly the transition will be,” he said at the launch of his report titled ‘The Tyranny of Realism: Integrated Energy Planning in South Africa in 2014’ at the University of the Witwatersrand.

Worthington added that developments complementary to renewables were needed over the medium term and required more detailed planning in the IEP.

These included determining the optimal role for gas as a "bridging energy carrier" in the country’s future energy mix, the development of storage technology industries and the introduction of smart grid technologies.

“These can safely proceed in parallel with growing local RE industries, including sustained and accelerating procurement of RE electricity generation and a programmatic approach to decentralised deployment of RE technologies through community-driven energy access projects,” he outlined.

Among his recommendations, Worthington argued that the IEP report should identify key interventions that could advance the realisation of energy policy objectives, going beyond the specifics of energy sources, carriers and infrastructure.

“For example, in seeking to manage full economic costs over time, decarbonise energy supply and promote regional cooperation and water security, it would make sense to develop a regional biomass energy strategy,” he commented.

While he considered the IEP largely stalled, Department of Energy demand modelling specialist Dr Rebecca Maserumule said in June that the final plan would be published by March next year.

This followed Cabinet’s endorsement of a draft IEP report in July last year, providing the basis for a series of public engagements which began soon thereafter in Johannesburg and was subsequently taken to Cape Town and Durban before closing on December 15.

Engineering News Online reported in June that, while the publication of the IEP was a requirement of the National Energy Act, South Africa had, hitherto, not developed a fully consulted IEP, despite having published an Integrated Resource Plan for electricity, the IRP2010, in early 2011.

Maserumule explained that the IEP would be a multifaceted policy aimed at designing the country’s energy pathway, or energy sector roadmap, to guide the development of energy policies and, where relevant, set the framework for regulations in the energy sector.

Among its objectives was to guide the selection of appropriate technology to meet energy demand, thus also guiding the investment INand development of energy infrastructure in the country.

“Importantly, the plan will take into account existing policies, such as the planned Carbon Tax policy and the National Climate Change Response policy, while being led by overarching plans, such as the National Development Plan and the New Growth Path,” she noted at the time.

President Jacob Zuma placed the “growth-sapping” issue of electricity insecurity at the centre of his post-election State of the Nation Address to lawmakers earlier this year, promising to respond “decisively to the country’s energy constraints to create a conducive environment for growth”.

He argued that a radical transformation of the energy sector was required to develop a sustainable energy mix comprising coal, solar, wind, hydro, gas and nuclear energy.