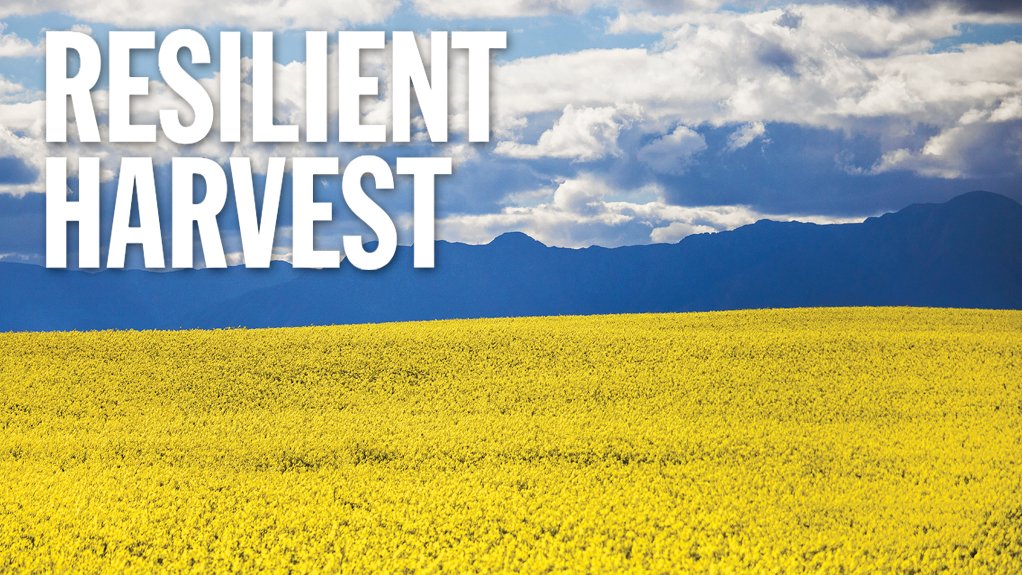 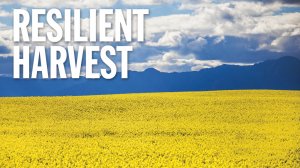 Environmental phenomena such as climate change and its manifestations, including extreme weather events, are featuring more prominently on the risk radar of investors, banks and commercial farmers, as agricultural activity intensifies in order to provide sufficient food for a growing population.

To illustrate how seriously the issue is regarded, the World Economic Forum ranks environmental risks among the top five global risks in its ‘2020 Global Risk Report’.

Financial institution Nedbank believes that, while agriculture is a key contributor to environmental impacts, it finds itself on the receiving end of these devastating effects. The bank states that, for example, climate change is making farming far less predictable and more challenging than ever before.

Agricultural intensification has a negative effect on soil, water and biodiversity, resulting in declining crop yields and quality and, ultimately, increased adverse effects of climate change.

Nedbank recommends that the agriculture industry focus on sustainable production, using farming practices that consider ecological cycles and are sensitive to microorganisms and the environment.

Climate change is also undeniably changing the environmental, social and economic conditions affecting agriculture. According to World Bank’s estimates, carbon dioxide equivalent emissions are now 60% higher than they were in 1990 and are growing at about 2.5% a year.

Without intervention, the surge will continue – driven primarily by increasing populations and economic growth. If the world continues on this trajectory, the Intergovernmental Panel on Climate Change warns, global mean surface temperatures will likely increase by 4.8 ºC in 2100, compared with preindustrial levels.

The World Wide Fund for Nature (WWF) says climate change poses a significant threat to South Africa’s water resources, food security, health, infrastructure, ecosystem services and biodiversity. It points out in a policy assessment published in 2016 that, over the past two decades, agriculture in South Africa has undergone drastic economic and social evolutions.

The emergence of such risks calls for urgent, ambitious action to ensure the resilience of the local agriculture sector by adapting to climate change impacts.

According to the Bureau for Food and Agricultural Policy (BFAP), in 2007, the maize plant required an average of 450 mm to 600 mm of rainfall per season and an average daily temperature of 19 ºC.

If temperatures consistently rise above 32 ºC in maize-growing regions, this can have a detrimental effect on production.

Maize is South Africa’s largest export crop, and it is therefore worth noting how changes in temperature and precipitation might affect yields.

The BFAP says our understanding of climate systems and how they work has improved greatly over the years, having been boosted by greater computational and scientific capacities. However, projected climatic changes are not clear-cut and absolute, but rather vague and generalised.

The general consensus is that South Africa will transition to a drier and hotter climate, with longer dry spells, increased rainfall variability and a reduction in mean annual rainfall, as well as more severe flooding and negative effects on water quality, owing to higher temperatures.

These weather changes impact on agricultural output and the timing of harvest seasons, thus wreaking havoc on food security and logistical planning.

Using stronger seed cultivars also leads to savings in space, since higher yields can be achieved on smaller pieces of land, which aligns with the environmental sustainability agenda. For example, South Africa can produce 20% of the maize consumed in sub-Saharan Africa every year on only about 2.5-million hectares of land, while Nigeria cultivates about double that area and produces at a lower yield – accounting for 15% of maize supply in the region.

While South Africa’s agriculture sector already uses technology for sustainability, with the deployment of precision farming techniques having improved resource efficiency and productivity, Sihlobo believes that there is an opportunity to use genetically modified organism technology to save space and ensure higher yields.

“Using improved genetics can assist the country to produce more using less land, which also limits the cutting down of forests.

“South Africa is a world leader in having adopted mechanical and biotechnological technology, but with more access to capital for small farmers, we could see more adoption of these solutions,” he says.

Microsoft South Africa (Microsoft SA) and nonprofit think-tank Research Information and Communication Technology Africa state in a research report published in June last year that the current policy framework in South Africa needs to be updated so that it is more appropriate for the rapid developments in the agricultural technology sector.

“Agricultural policy in South Africa has mostly overlooked the digitalisation of the sector, failing to provide the appropriate incentives and safeguards for its development, which, in turn, has been primarily driven by the private sector,” states Microsoft SA.

Policy initiatives that aim to harness the benefits of technology in agriculture include the Information and Communications Technology Research, Development and Innovation Roadmap, which promotes the role of information and communication technology in the sector to improve agricultural production and support emerging farmers, while the 2017 National e-Strategy outlines a nine-point sectoral intervention plan.

The plan includes the revitalisation of the agriculture sector through the deployment of so-called smart farming initiatives throughout the agriculture value chain, with an emphasis on emerging smallholder farmers.

However, the intentions outlined in these policy documents have not culminated in a national strategy to support the digitalisation of the sector, while a lack of clarity regarding the regulation of data collection, processing and management has resulted in some farmers being reluctance to share their data, which is required in order to benefit from smart farming initiatives, says Microsoft SA.

The WWF states that some of South Africa’s policies largely ignore the research on technological options for climate change adaptation, breeding climate-resilient crops and livestock varieties.

The organisation adds that the policies shy away from addressing the breakdown of transforming research into market-ready technologies and products.

The WWF calls for more effort in integrating climate change adaptation efforts as a systemic element of municipal planning and budgeting, as well as more support for research institutions and weather stations in developing new crop types and making high-quality climate data accessible for all farming communities.

Azure FarmBeats aggregates agricultural data from different sources and provides actionable insights that take the guesswork out of planting to derive the highest possible yields, reduce costs and ensure the efficient use of natural resources.

Moreover, Microsoft’s AI for Earth programme supports organisations that are applying AI to environmental challenges. Since 2019, ten South African organisations have successfully applied for grants to further research that will create a more sustainable and accessible world. These include the South African Radio Astronomy Observatory, which is developing predictive modelling on the rapid intensification of tropical cyclones in the Indian Ocean. This will facilitate a deep understanding of changing weather patterns that farmers can use to guide planting cycles and varieties.

For its part, the South African Environmental Observation Network is developing an AI-enabled early-warning system on vegetation change using Microsoft Cloud and AI tools. Up-to-date information on vegetation will aid fire and water management and reduce human exposure to water scarcity and fire-related disasters, while contributing to the conservation of biodiversity.

Moreover, software company Regina Analytics is developing an application that can be used without Internet access to detect, diagnose and classify Citrus Black Spot disease using machine learning and deep learning models. The fungal disease affects the rind of the fruit by causing lesions but does not result in decay. This has a significant economic impact because the external blemishes make citrus fruit unsuitable for the fresh produce export market. The ability to detect, diagnose and classify the disease is critical in light of South Africa’s position as the second-largest exporter of fresh citrus in the world.

The technology involves sensors being placed on four parts of a plant, gathering data and combining it with real-time and forecast climatic data.

This allows for real-time plant monitoring and assists farmers in their decision-making.

SupPlant believes that, in a world at risk of suffering the destructive impacts of a changing climate, technology is the way to improve the world and produce food more sustainably.

Meanwhile, as part of its efforts to find solutions to the environmental challenges that farmers face, original-equipment manufacturer John Deere spends about $1.6-billion a year on research and development, with a growing emphasis on innovating productive, precise and reliable automated machines.

The company’s “Design for Environment” process considers all environmental aspects in the development of its products through their life cycle, including energy and supply chain impact.

For example, John Deere’s products use various recyclable, renewable and recycled materials that provide benefits such as weight reduction, which, in turn, can reduce fuel consumption and/or increase payloads or capacity.

Plastics can improve durability in exteriors, fuel consumption, and corrosion and wear applications, while reducing the cost of components as well as the environmental impact by eliminating paint through moulded-in colour.

John Deere then uses a Life Cycle Assessment methodology to measure and quantify the environmental footprint for a product during its entire life cycle.

The company has various sustainability targets in place, as spelt out in its 2020 Sustainability Report, including on emissions reduction through energy use, recycling, water use and product sustainability.

“We must act with urgency today to make the lives of our customers, workforce, and all those we serve better tomorrow,” says John Deere brand owner Deere & Company CEO John May.