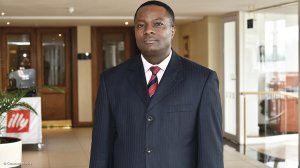 DR MICHAEL ADE The M&E sector has been very resilient, registering a slight quarterly annual increase in its share of the country’s gross domestic product

Owing to the global economic crisis which started in late 2008, a structural break occurred in the metals and engineering (M&E) sector, which had hitherto recorded the highest production figure of almost 120 index points, says the Steel and Engineering Industries Federation of Southern Africa (Seifsa) chief economist Dr Michael Ade.

“To date, the sector is still struggling to attain its 2007/8 growth levels, largely owing to low domestic demand and poor investment levels, as well as poor productive efficiency and business confidence.”

“When the production levels during these crucial periods are compared, the analysis reveals that production dropped on average by 12% in July 2014, compared with June 2009. Although it is encouraging that the latest preliminary monthly production index for December 2018 was above its 19-year average of 100.5 index points, the current production at the end of March 2019 has dipped to 98.0 index points.”

Ade mentions that, despite the challenges of the weak rand, pricey imported components and increasing intermediate input costs, the M&E sector has been resilient, registering a slight quarterly annual increase in its share of the country’s gross domestic product (GDP).

There is still room for the M&E sector to further improve its contribution to more than 6%, as it comprises about 45% of the broader manufacturing sector, he enthuses.

Further, to achieve that, key challenges, such as a weak local and global environment – heightened by increasing domestic intermediate input costs, volatile prices of imported components, load-shedding and the US-China trade war, need to be addressed, Ade highlights.

Other challenges include the poor performance of the construction sector and industrial production; stagnant domestic demand and low real GDP growth, which impacts negatively on demand; and the dearth in greenfield or new investments.