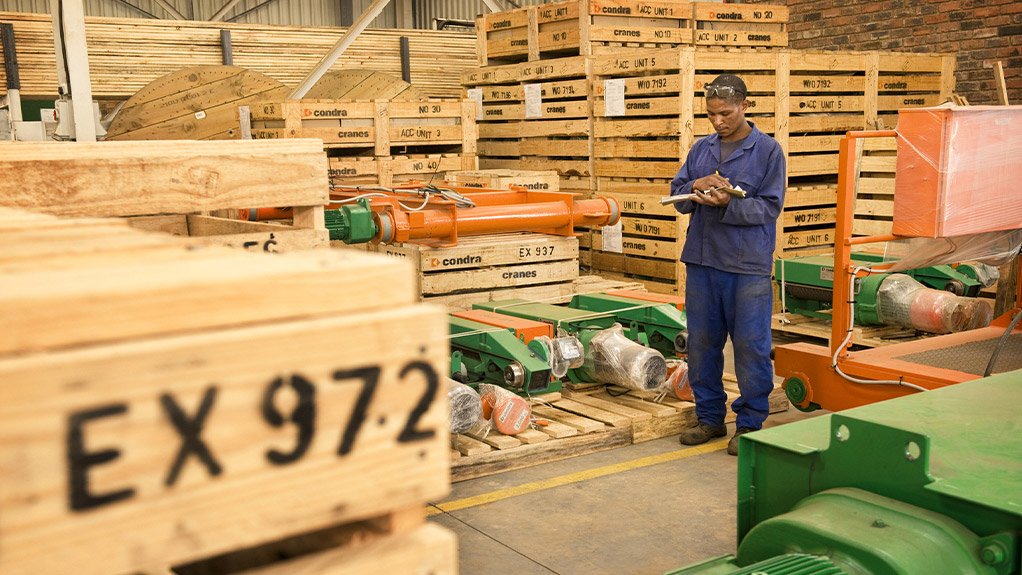 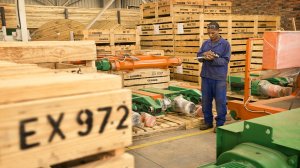 “Currently 12% to 15% of our business is made up of component sales, but we do see this as a major growth market.  Of component sales, about 70% comes from the South African market and 30% are exports,” he says, noting that local raw materials costs and the current electricity prices make it very difficult for Condra to compete internationally.

All components are available on short lead times direct from Condra’s Germiston factory, which it has occupied since 2008. This 22 000 m2 site includes an under-roof area of 8 000 m2, about three times the size of the company’s previous premises.

“Our Johannesburg factory accounts for some 95% of total component sales, with Bulgaria accounting for the remainder. However, this is likely to change because of the difficulties with raw material costs and electricity prices,” says Kleiner.

“In the destination countries, these components have been key to customer manufacturing efficiencies, allowing lower input costs and/or quicker, easier overall crane manufacture.”

There have also been crab shipments to Russia, as well as delivery of hoists, end‑carriages, bottom blocks, cable-loop systems and enclosed conductor systems.

Subsidiary company Condra Bulgaria was responsible for all of these sales.

North America is serviced directly from Johannesburg through Canadian agents.

“The component parts are mainly manufactured in South Africa, with about 30% of the parts made internally.  The other parts are sourced from local companies, with Condra managing the final assembly and testing of the various subassemblies at our Johannesburg factory.  The only exceptions are ropes and electric motors, which are imported from Germany,” explains Kleiner.

All Condra components are supplied to specification and fabricated from about 200 modular parts held in stock in Johannesburg.

The focus is on adaptability and robust design, says Kleiner.

“Long production runs mean that our prices are often much lower than those quoted by other manufacturers and lead times are usually shorter because of large inventories.”

End-carriages are configured with either standard speed, dual-speed or variable speed drives, with individual drive and idler bogies available from 125 mm to 630 mm in diameter. Hoists are supplied with capacities of up to 500 t.

Condra customises all sub-assemblies to its customers’ precise requirements for final assembly, saving them the time and trouble of transacting and liaising with many different suppliers, and enabling them to focus on meeting the requirements of the end-user.

All components and sub-assemblies carry a standard 12-month guarantee.

Initially structured as a Johannesburg-based consultancy and drawing office with general engineering capabilities, Condra evolved from a local assembler of imported components into a local manufacturer in response to substantial local demand for a range of robust cranes and hoists if these could be competitively priced.

Manufacture of the first overhead cranes began in 1971. Four years later, Condra moved to a custom-built factory, where the design and manufacture of its first hoists began.