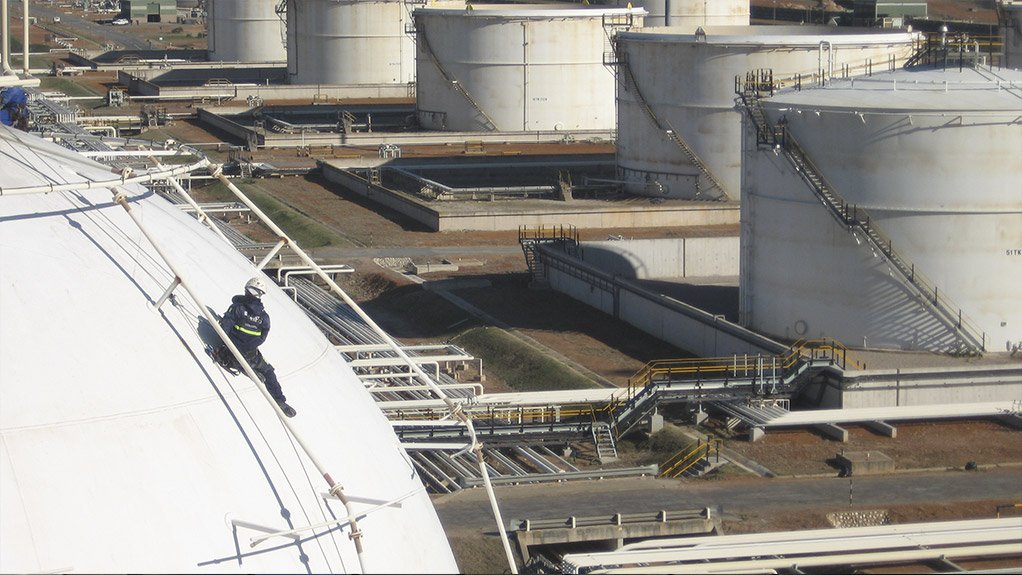 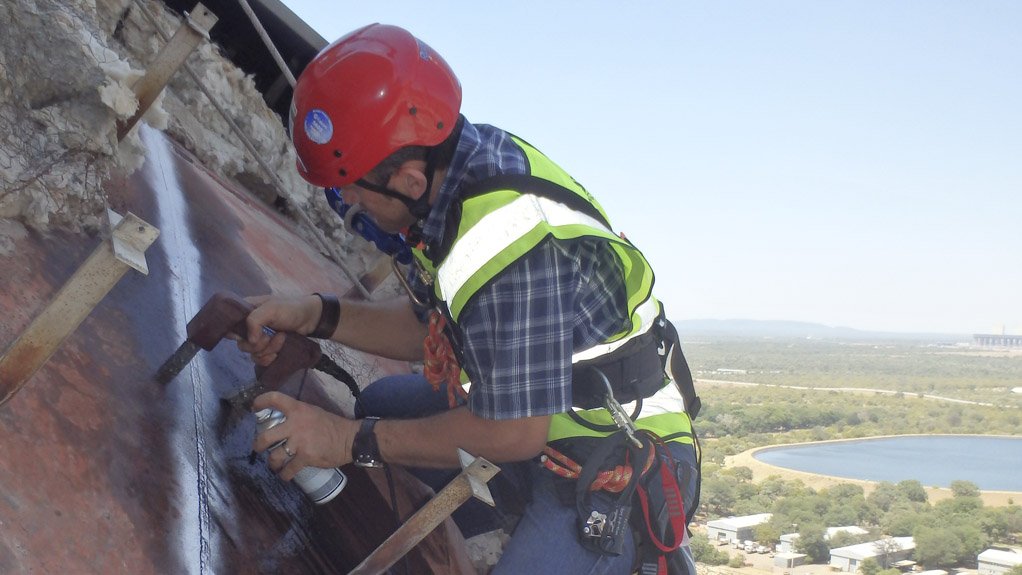 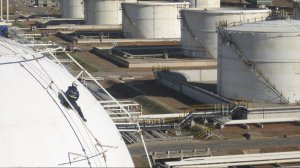 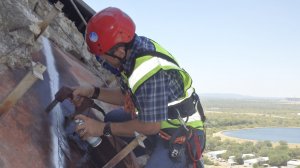 REACHING NEW HEIGHTS Skyriders created a methodology and risk assessments for this maintenance project, including a trial run finished last October, and the actual maintenance undertaking in November
ROPE SOLUTION Rope access has grown from being regarded as a dangerous method to a primary method of doing various scopes of work

Height management solutions provider Skyriders received an award from a major petrochemicals producer in December last year for achieving significant reductions in its maintenance costs and boosting health and safety at one of the producer’s refineries in Mpumalanga.

The award was for a methodology created by Skyriders and its client to remove bulky equipment on top of various tanks for inspection, calibration and repair, after which the equipment would be returned to its original location.

“This producer has different business units supplying each other with different products. We started off with a small department, and slowly but surely word spread, and we were asked by various departments within the company to assist them with problems,” says Skyriders marketing manager Mike Zinn.

He points out that the petrochemicals producer’s previous methods of achieving this maintenance were often expensive and would often include using scaffolding and cranes, particularly for the bulky equipment.

Skyriders conducted detailed planning which resulted in a methodology and the accompanying risk assessment to tackle this scope of work. This included a trial run that was completed in October last year, which was followed by the actual maintenance undertaking, completed at the end of November.

Various tanks at this facility have valves which enable the tanks to regulate the internal pressures during normal operation. The requirement was to remove the valves from the tanks for routine maintenance and calibration, and to place the valves back again.

As these tanks are active at height, Zinn reiterates that, in most cases, this would require using a crane owing to the added factor of the weight of the equipment being worked on.

He emphasises that mobilising cranes would be time consuming and expensive, particularly as cranes would need to be mobilised to move the valves before and after maintenance. He suggests that this would be an ideal example of the cost of access being disproportionate to the scope of work.

Skyriders set up a rope-access system on the first day of maintenance, which was used to remove the valve from each respective tank. The valves were then transported to workshops where they were calibrated and maintained, performed by employees of the petrochemicals producer, which would usually take a few days.

The rope-access system was set up again in a day to place the valves back. Zinn maintains that the cost of this solution, using a four-man rope-access team and smaller equipment saves the producer a “considerable amount” of the funds allocated for maintenance.

“The plant does have a limited budget for maintenance, which covers different aspects of maintaining the tanks. “You can’t remove any of this maintenance, particularly as it is a highly volatile environment.”

While the previous two projects for this producer by Skyriders used similar methods of rope access for maintenance, Zinn stresses that one of the key features of this project was the application of its horizontal and diagonal cable way system.

This is similar to the cable way system used at the top of Table Mountain, in Cape Town.

“We’ve often used these type of rope-access procedures to rescue people from difficult-to-reach or high locations. “We took this concept and applied it to removing and putting back valves. “It’s the first time we’ve done this with valves, so that was the major change in the methodology.”

Meanwhile, Zinn notes that the method of rope access has grown from being regarded as a very “foreign” and dangerous method to a primary method of doing various scopes of work requiring working at height and/or in confined space.

“We’ve been able to prove it can be done safely with the inherent safety backups, as well as the training and attitudes of our people. People are starting to trust us as the subject matter experts,” he concludes.