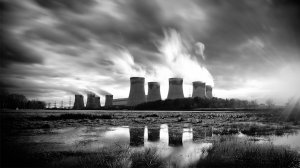 Coal still remains the biggest source of power generation globally, despite the omnipresent notion of a coal-free world, driven by the 2015 Paris Agreement, according to petrochemicals company BP’s ‘Statistical Review of World Energy’ report, released in June.

While the report highlights the growth in renewable energy andadecrease in coal consumption, BP CEO Bernard Looney’s introductionin the review states that“despite last year’s decline, coal was still the single-largest source of power generation, accounting for over 36% of global power”.

This statistic reinforces the International Energy Agency’s ‘2019 Coal Market Report’ which indicated that “coal has maintained its position as the single-largest electricity source [which] will remain stable to 2024”.

While BP reports a decrease in global consumption of 0.6%, it also highlights increases in the use of coal across emerging economies, including those of China, India, Indonesia and Vietnam.

Further, global coal production increased by 1.5% in 2019, mainly as a result of China and Indonesia providing significant increased volumes of coal.

Coal will remain an integral contributor to the energy mix and for industry development for the foreseeable future amid the continued growth of coal in emerging economies, particularly across Asia.

Meanwhile, a report – ‘Coal Exit by 2040 to Keep Climate Goals Within Reach’ – by nonprofit climate science and policy institute Climate Analytics suggests that previous analyses initially predicted a global phase-out date for coal of 2050, but that new and updated science on what is required to meet the Paris Agreement’s 1.5 ºC limit demonstrates that governments need to advance the date by a decade.

Further, developed nations need to phase out coal faster than the rest of the world – by 2030.

The report notes that, with investors increasingly wary of coal, the global pipeline of new coal-fired power stations has fallen by 75% since 2015.

However, Climate Analytics’ report suggests that cancelling new projects is no longer sufficient. The rate of progress in this regard since 2015 has ensured that reductions in coal use in the electricity sector over the next decade must be very steep to meet the 1.5 ºC limit.

However, she also notes that, while cancelling coal plans is a step in the right direction, governments need to introduce effective regulation to shut down coal power plants well before the end of their technical life and should considerably reduce their use in the interim.

Governments’ not having tackled coal use adequately since the Paris Summit, and the Intergovernmental Panel on Climate Change’s providing a much clearer picture on how fast emissions need to be reduced to stay below the 1.5 °C temperature increase limit led to the advancement of the coal phase-out date.

In the report, Climate Analytics CEO and co-author Bill Hare reiterates that it is critical that governments scale up their nationally determined contributions, adding that, “significantly stronger pledges must include clear commitments to phase out coal, remove subsidies for fossil fuels, and build support for renewables and energy efficiency”.