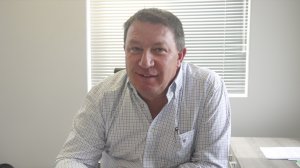 One of the project’s the group has secured is the construction of a R100-million canning factory for Germiston-based can manufacturing company, Gayatri Cans. The project is on track for completion by the end of this month, according to Motheo’s civils division Motheo Civils.

The factory will comprise a manufacturing facility, paint and printing facility, as well as a storage warehouse. Rutherford adds that the civils division refurbished the existing office building, rehabilitated the external road and constructed a new access road in addition to the construction of the new factory building envelope and distribution warehouse.

Most of the challenges associated with the project stemmed from the site having previously been used for industrial activity. The site covered abandoned and buried factory and mining works.

Rutherford notes that the civils division has recently tendered for several civil projects, including the Clanwilliam dam project on the Olifants river, in the Western Cape, which is expected to be awarded next month.

Under the terms of the agreement, WBHO will ensure that the equivalent of 25% of its yearly South African construction turnover is executed by black construction companies within seven years. This will be executed by the three contractors with whom they have signed the development agreement, which will increase their individual turnover substantially.

Motheo, Fikile and Edwin will manage their businesses independently of each other, with WBHO assisting financially with guarantee facilities and working capital; administratively with project budgeting, tendering, reporting and strategic planning; and operationally by assisting with construction-site management.

These companies, in turn, have committed to mentoring and developing four smaller black contractors.

Motheo cofounder and director Chris Cudmore notes that, as the agreements have only recently been signed, “it’s too early to gauge whether the standard objectives of the VRP will be achieved.” Nonetheless, he states that the settlement agreement is a step in the right direction in terms of transformation and adds that this assistance will go a long way towards positioning these emerging companies for future growth, especially in challenging conditions locally.

“The South African economy is generally depressed and, by extension, so too is the construction sector. Government is clearly under pressure in terms of funding. “Government’s long-awaited infrastructure spend appears to be indefinitely delayed, as can be seen from the aggregate earnings of the listed construction companies,” he illustrates.

Motheo cofounder and CEO, Dr Thandi Ndlovu, agrees, but stresses that the settlement agreement is a “transformation milestone”, as well as an “excellent way forward” for the affected companies.

Ndlovu, as one of the few women heading a construction company, “unapologetically” strives to advance the interest and careers of black women in what is still a male-dominated industry. “From early on, Motheo has intentionally supported the development of young women in the construction space. As an example, Lettie Ndhlovu, who joined Motheo as a trainee (site) quantity surveyor in 2005, is now a director on our board and holds shares in the business,” she explains.

Further, Ndlovu states that the company’s upliftment of women remains a “key focus area” and that Motheo boasts numerous stories of young women’s development having been fast-tracked through their being partnered with, and mentored by, older and highly experienced personnel.