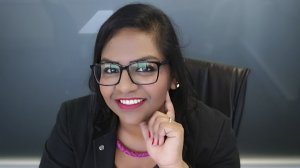 Industry association Consulting Engineers South Africa (Cesa) has established a gender diversity forum to table issues of gender inequality among its member companies to address, among other challenges, the issue of qualified women leaving the sector and factors affecting their progression in companies.

“We do see a positive shift in terms of younger women being in engineering, but part of the systemic problem is the ‘leaky pipeline’ phenomenon,” Cesa gender diversity forum chairperson Jeshika Ramchund tells Engineering News.

As of February, 28% of the staff of Cesa’s member companies were female. However, Cesa is voluntary and these companies employ staff from a variety of professions.

A more accurate reflection of the number of professional female engineers in the country may come from statutory body the Engineering Council of South Africa, which shows that only about 8% of its professionally registered engineers are female.

“The limited number of women reflected in these statistics, and who are in the pipeline, diminishes significantly as they rise to senior and executive levels,” Ramchund explains.

Senior management positions in Cesa-registered companies show a legacy of 88% male dominance; however, this statistic includes nonengineering roles such as those of human resources and financial executives.

“The lack of mentors with whom these women can identify affects their being interested in engineering roles and, subsequently, their remaining in the sector. It’s a serious legacy problem,” Cesa CEO Christopher Campbell notes.

He explains that more experienced engineers in the country – over the age of 50 – are almost entirely male, with the vast majority of female engineers being under the age of 35. This means there are few, if any, seasoned female mentors.

“There is such a misalignment in terms of the need for mentors versus the availability of mentors. This surfaced quite strongly during our strategy session earlier this year,” Ramchund confirms.

Campbell says the conversation that needs to take place, as a society and as an industry association, is how to inspire women to choose engineering as a career of choice and how to get them to stay in that career.

Part of the problem, he suggests, may be the deeply ingrained societal biases against women being in technical roles, which affects male and female perceptions of engineering careers in childhood.

“We have to deal with cultural misperceptions of what engineering is, what science, technology, engineering and mathematics careers are available, the financial viability of these careers and access to employment,” Ramchund adds.

She notes that a general lack of high-standard basic education in South Africa, specifically in mathematics and science, exacerbates the challenges faced in getting more women into the pipeline.

“At Cesa, we’ve identified the need to showcase what life as a consulting engineer entails, the opportunities that engineering presents and the way in which it can change the world.”

For example, Cesa offers a job shadow programme that places an emphasis on female and previously disadvantaged learners, as well as school outreach programmes.

“However, we are looking at a small number of people trying to impact on a large pipeline, so there are further strategic alliances that need to be created with other organisations to drive mathematics and science at basic levels,” she notes.

At university level, however, the problem shifts away from perception and more towards overcoming financing and access barriers. This affects all industries, not only engineering, adds Ramchund.

Even if access and financing challenges are overcome, she notes that the student dropout rate is another challenge.

Those who manage to come close to graduating face the further challenge of finding opportunities for experiential training amid the lull in available projects.

Subsequently, there are also a high number of unemployed engineering graduates who cannot find work, she mentions.

Assuming that women can overcome these challenges to become a working engineer, other challenges might result in their leaving the industry altogether.

Research shows that women in engineering face fewer career progression opportunities, lower salaries, job precariousness, a lack of opportunities to be part of important decision-making and less chance of being heard during business meetings.

Women in engineering also face a neglect of female health issues, an increased chance of direct and indirect discrimination – including inappropriate interactions such as sexism, bullying and sexual harassment – as well as less recognition of work done and less authority, Campbell claims.