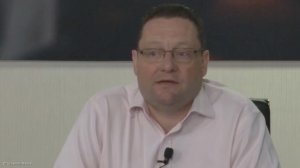 Telecommunications group Cell C has reported a full-year loss of R5.5-billion during the 12 months ended December 31, 2020, widening from the loss of R4-billion reported in 2019.

However, the company returned to profit during the second half of the year, reporting a profit before tax of R2.09-billion, compared with a loss of R7.59-billion in the first six months of the year.

While Cell C made a full year loss owing to impairments and one-off costs, the latter six months of 2020 were encouraging and reflect a business in transition, said Cell C CFO Zaf Mahomed.

“We are starting to see the impact of our changes which included a focus on more profitable subscribers and through the reduction in costs a shift to revenue generating activities. The foundations are now in place,” he said during the company’s financial results webcast on April 20.

Normalised earnings before interest, taxes, depreciation and amortisation (Ebitda) increased 30% year-on-year to R4.1-billion during the year under review, owing to the positive impact of cost containment initiatives and the stabilisation of subscriber revenue and gross margin.

Earnings before interest and tax improved from a loss of R5.3-billion in the first six months of 2020 to a profit of R1.8-billion in the second half.

Cell C’s gross margin declined by 7% and its cost optimisation resulted in overall direct expenses being 9% lower at R7-billion.

“The decrease in its overall operating costs – on an annual basis the business removed more than R500-million worth of expenditure – and the focus on more profitable customers, has resulted in positive cash flow as reflected in its cash Ebitda being reported at R844-million [compared with R240-million in 2019],” he added.

He said that 2020 laid the foundation for change, with earnings up, stabilising margins and a single-mindedness on cost management.

“Cell C is now generating cash and the performance shows that the business is operationally stronger.”

Total revenue for the 12-month period was down by 8% to R13.8-billion, however, the average revenue per prepaid customer (ARPU) increased by 28% on a year-on-year basis, despite a decline in its prepaid subscriber base by 15% to 9.2-million customers, while the ARPU from its contract base increased 7% despite an 18% decline in customers.