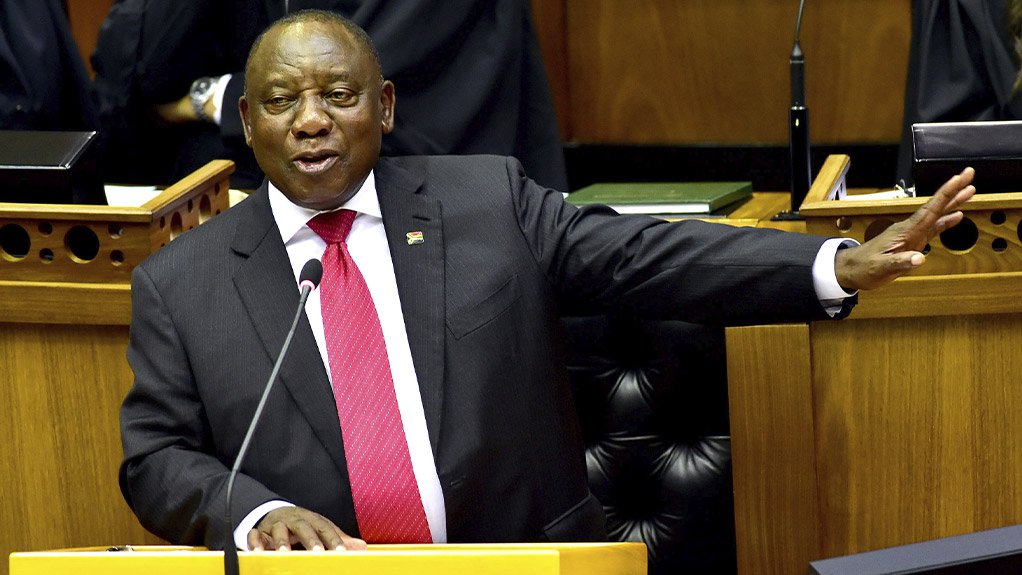 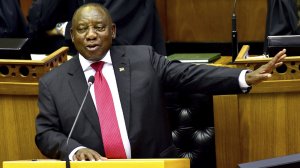 Organised business has urged President Cyril Ramaphosa to use his upcoming State of the Nation Address (SoNA) to announce that the regulations needed to enable “private sector energy generation at scale” will be put in place urgently by Mineral Resources and Energy Minister Gwede Mantashe so as to help alleviate pressure on South Africa’s stressed power grid.

“This will enable Round 5 of the Renewable Energy Independent Power Producer Procurement Programme, or REIPPPP, to be implemented immediately. Schedule 2 of the Electricity Regulation Act must also be amended immediately to lift licence exemptions from 1 MW to 10 MW,” Busa said.

In a speech delivered at the recent Investing in African Mining Indaba, Mantashe reported that his department was already in the process of Gazetting a revised Schedule 2 of the Electricity Regulation Act to enable self-generation and facilitate municipal generation options under the ‘Distributed Generation’ component of the IRP 2019.

“Depending on the circumstances, the generation plant may only require registration and not licensing,” Mantashe added, while announcing that he had tasked one of his deputy directors-general to ensure that the passage of registrations and licences through Nersa was accelerated.

However, he made no commitment to implementation of the other aspects of the IRP 2019, which was published in October. Besides at least 500 MW a year of distributed generation the policy document calls for the addition of 14 400 MW of wind, 6 000 MW of solar photovoltaic, 2 088 MW of energy storage, 2 500 MW of imported hydro, 3 000 MW of gas and 1 500 MW of new coal to be added to South Africa’s electricity generation system by 2030.

Instead, Mantashe raised eyebrows by proposing the creation of a new State-owned generation company to supplement Eskom supply, possibly in partnership with the private sector.

The Department of Mineral Resources and Energy (DMRE) was also prioritising the evaluation of responses to a request for information (RFI) released in December for 3 000 MW of emergency capacity that can be “grid connected in the shortest time at the least possible cost”.

Engineering News has not yet been able to confirm the number of submissions made ahead of the RFI deadline of January 31, nor what solutions have been proposed. It is understood, however, that the DMRE received a strong response, with hundreds of potential bidders having descended on the Centurion headquarters of the Independent Power Producer Office at the end of January to hand-deliver their proposals.

All DMRE would say officially was that “the team is still processing the information received” and that a statement would be issued once all inputs had been processed. In January, the DMRE indicated that its evaluation could endure until the end of February, after which a procurement programme or programmes could be launched.

However, there is growing frustration, as reflected by the Busa statement, with the fact that the IRP 2019 is not being implemented in parallel with the emergency programme.

To unlock this investment, SAWEA and SAPVIA argued that the fifth bidding round of the REIPPPP should be launched in parallel with the emergency programme, given both the crisis and that previous bidding rounds have typically required between 18 and 24 months to complete.

Lead times could be compressed in the next bidding round, owing to the fact that some 90 projects had already been identified in 2015 under the ironically named ‘expedited round’ – that round eventually expired after years of delay, precipitated by Eskom’s refusals to enter into new power purchase agreements with independent power producers.

Busa also used its statement to call on Ramaphosa to outline a clear government stance on the crises afflicting many State-owned enterprises (SOEs), including electricity utility Eskom.

Busa urged the President to take a clear position on Eskom in his SoNA, including the urgent appointment of “a capable and independent board”.

“The board and CEO must be tasked with addressing the governance, management, staffing and other operational crises at Eskom, positioning Eskom to be a player in a more diversified energy supply industry, as well as looking at options to address the funding crisis,” Busa said.

It made no direct reference, however, to a Congress of South African Trade Unions' (Cosatu's) proposal to reduce Eskom’s debt from R450-billion to R200-billion through a special purpose vehicle involving workers’ pensions, government, business and development finance institutions.

Initially, business welcomed the proposal, but greater circumspection has since emerged. Government, business and labour are, instead, working on an alternative framework, which could be announced in the SoNA, but, unlike the Cosatu plan, would not fall foul of Government Employees Pension Fund rules.