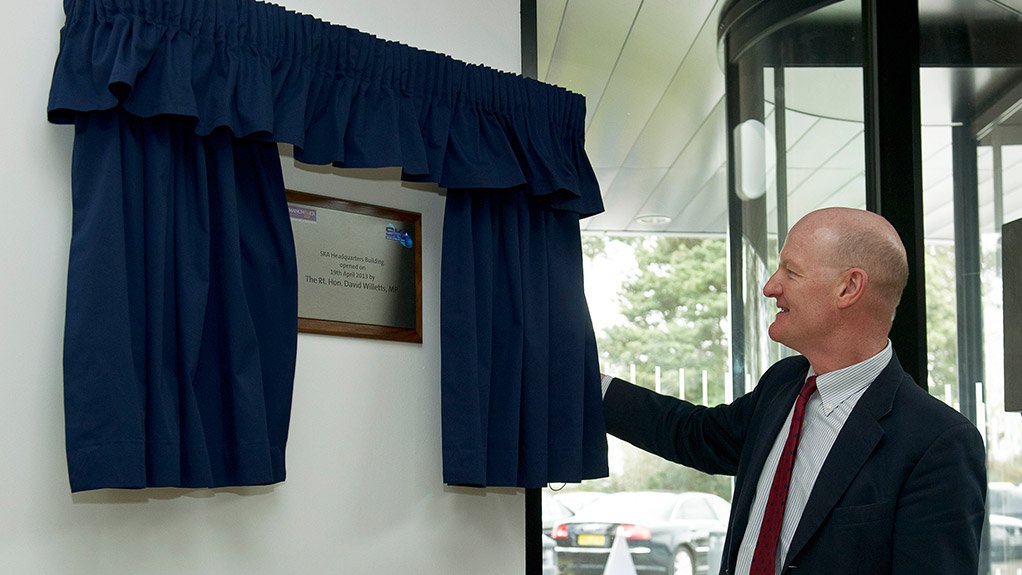 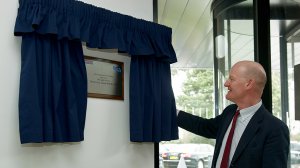 The UK has given a major boost to the international Square Kilometre Array (SKA) radio telescope programme by announcing funding of £100-million (€120-million, almost R1.8-billion) for Phase 1 of the instrument. As the construction cost of Phase 1 has been capped at €650-million, the British grant amounts to almost 18.5% of the total required to build the first phase of the SKA, which will be co-hosted by South Africa and Australia.

The award of the money was announced on March 11 by British Science Minister David Willetts at the Jodrell Bank Observatory in Cheshire, England, which is also the site of the international SKA Organisation’s head office. “This is a really exciting announcement for the SKA and a solid proof that the project is really under way,” enthused SKA Organisation director-general Professor Philip Diamond. “With such a major investment secured there is no stopping it.”

“It’s fantastic news for the SKA,” added SKA board chairperson and UK Science and Technology Facilities Council (STFC) CEO Professor John Womersley. “This represents a significant investment on behalf of the UK and along with our other contributions aims to confirm the UK’s leading role in key aspects of the project.”

In addition, the STFC confirmed that it is contributing £19-million to the SKA over the next four years, broken down into £11-million for big data research and development and £8-million (£2-million a year) on the continuing core programme. The funds from the STFC will go to the Universities of Cambridge, Manchester, Oxford and Southampton and the University College London. Thus, the total funding for the SKA announced by the UK on one day came to £119-million (more than R2.1-billion).

“After the International Space Station and the Large Hadron Collider, the world’s next great science project is the SKA,” said Willetts. “Investment in science is a crucial part of this government’s long-term economic plan. It’s about investing in our future, helping grow new industries and creating more jobs – and that will mean more financial security for people across the country.”

South Africa promptly welcomed the British decision. “The significance of this announcement by the [Right] Honourable David Willetts and the government of the UK is in the impetus that this provides to [the] implementation of Phase 1 of the SKA,” affirmed South African Science and Technology Minister Derek Hanekom. “This is a most welcome commitment and reaffirms the global partnership of the SKA countries in this megaproject.”

South Africa has contributed nearly R4-billion to the project, through its funding for its 64-dish MeerKAT radio telescope array, which will be a precursor to the SKA and will later be incorporated into the international instrument, and to programmes to develop the necessary human capital for the project. In Phase 1 of the SKA, another 190 dishes will be added to those of MeerKAT, creating the mid-frequency element of the SKA.

In its press release, the South African Department of Science and Technology noted that the “UK is a major player in the global SKA project . . . South Africa and the UK are already collaborating extensively in the field of radio astronomy, with 25 research organisations and more than 80 individual scientists from the UK directly involved in the large survey teams that will use the MeerKAT telescope for research during its first five years of operation”

The two countries are also working together on big data and high performance computing for the SKA. Ministers Hanekom and Willetts have visited each other’s countries on SKA-related business. Willetts travelled to the South African SKA site in September last year, while Hanekom visited Cambridge University in January this year.

The first MeerKAT antenna is scheduled to be inaugurated on March 27 and the entire 64-dish array should be finished in 2016/17. Full funding for the construction of SKA Phase 1 is scheduled to be confirmed by 2016 with construction starting in 2018. By far the biggest ever radio telescope, the SKA will be able to address fundamental questions concerning such phenomena as black holes, cosmic magnetism, dark energy, gravity and life elsewhere in the universe. It is expected to transform scientific knowledge.