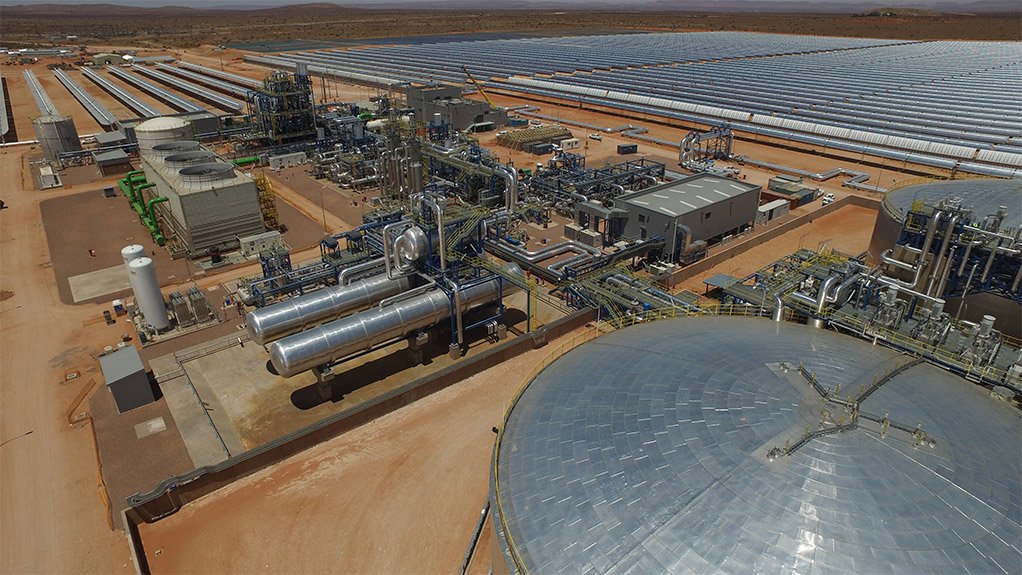 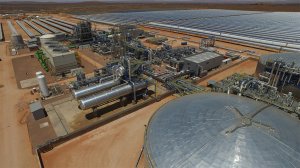 “This is the largest investment project by the Kingdom of Saudi Arabia in South Africa to date and a testament to the growing investment relationship between our two countries,” Davies said at the inauguration.

He added that South Africa aimed to provide a one-stop, seamless service to investors in all sectors of the economy.

Davies stated that the REIPPPP’s achievements should be celebrated.

“It is one of the best designed and best implemented renewable-energy programmes in the world. It provides certainty to investors and has supported projects worth R194-billion over the last few years,” he said.

Construction started in 2013 and the plant started operating at full capacity in December last year.

ACWA Power had awarded the engineering, procurement and construction contract for the turnkey project to a consortium, comprising Spain’s Sener, Acciona and TSK and South Africa-based investment company Crowie.

The Bokpoort CSP uses SENERtrough parabolic trough collector technology, with a 1 300 MWh system that comprises two energy storage tanks using molten salts that provide 9.3 hours of operation. The solar field of the plant comprises 180 loops and its yearly production will be over 230 GWh.

The tariff offered by ACWA Power during the second REIPPPP procurement window was 12% lower than the cap set by government for CSP technology at that round; in line with ACWA Power’s mission to deliver reliable power at the lowest possible cost, thereby contributing to South Africa’s economic development.

“Our commitment to the development of the South African economy beyond reliably supplying renewable energy at a cost competitive tariff is demonstrated by the R2-billion worth of locally sourced components made in South Africa that have been used in the construction of this plant and the creation of 1 300 construction jobs,” said ACWA Solar Southern Africa MD Chris Ehlers.

Bokpoort CSP also created more than 60 permanent jobs throughout the operation and maintenance of the plant over the next 20 years.

The plant was the first in a series of investments in the power sector that ACWA Power was making in South Africa. The company expected to soon start construction on its 100 MW Redstone CSP project, also in the Northern Cape, and was awaiting the outcome of tender submissions for a 300 MW coal-fired plant in Mpumalanga and another 150 MW CSP plant also in the Northern Cape.