Bidcorp revenue declines as a result of Covid-19 measures

Bidcorp revenue declines as a result of Covid-19 measures 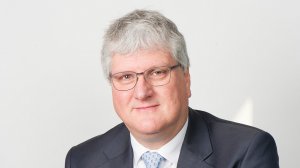 Food distribution company Bidcorp recorded net revenue of R121.1-billion for the financial year ended June 30, representing a 6.3% decline from the R129.3-billion in revenue reported for the 2019 financial year.

Its gross profit margin, however, increased to 24.1%, up from 23.9% in the 2019 financial year, thereby enabling the group to trade through the higher cost base.

For the last quarter of the financial year, gross profit margin was higher at 25.5% against the comparative quarter's 25.1% despite the additional Covid-19-related inventory costs of R248-million.

During the financial year under review, Bidcorp’s focus on volume growth in the independent sector was offset by its multiyear journey to transition away from larger low-margin logistic-type activities.

Bidcorp CE Bernard Berson says the group delivered a resilient performance for the financial year, but notes that the group has been significantly impacted by the "catastrophic economic and social consequences" of the Covid-19 pandemic, which took hold across every operating geography from late January onwards.

Bidcorp’s headline earnings a share from continuing operations, post the introduction of International Financial Reporting Standards (IFRS) 16 Leases, decreased by 48.6% to 741.3c, compared with 1 443.6c in the prior financial year.

Basic earnings a share from continuing operations decreased by 68.1% year-on-year to 463.5c.

The group also reports that the full impact of the Covid-19 economic crisis became evident from late March onwards, affecting group sales for the last quarter of the financial year with a decline of 27.6% against the comparative quarter.

Bidcorp notes that this improving trend has continued to date and is currently at about 90%.

The group’s overall cost of doing business (operating costs excluding the IFRS 16 impact) increased to 20.9%; however, Bidcorp notes that this is not a true representation of the cost saving efforts undertaken by the group’s operations in the last quarter arising from the decline in sales.

Net finance charges excluding the impact of IFRS 16 implementation were 19.2% higher at R340.9-million, driven by rising Asian base rates, pockets of weaker asset management in the earlier part of the financial year and some acquisitive activity now fully in the base.

Going forward, Bidcorp remains well-capitalised and retains adequate headroom for further organic and acquisitive growth, and the company reports non-IFRS 16 trading profit interest cover still at a healthy 11.3 times despite the impacts of the Covid-19 crisis.

The group reported earnings before interest, taxes, depreciation and amortisation and Covid-19-related costs equivalent to 5.7% of revenue, compared with 6.2% in the 2019 financial year. The additional Covid-19 costs relating to abnormal receivables provisioning, inventory obsolescence and restructuring costs, which amounted to R1.5-billion for the year, was all incurred during the last quarter of the 2020 financial year.

As such, the group’s trading profit after Covid-19-related costs declined by 37.6% to R4.2-billion. Excluding the impacts of IFRS 16, the like-for-like trading profit margin was 3.2%.

Berson says the performance across Bidcorp’s businesses up until February remained pleasing and in line with expectations; however, with the onset of Covid-19 in each operating geography, demand in the discretionary spend sectors, particularly across hotels, restaurants, pubs, leisure and travel-related segments initially plummeted as lockdowns and restrictions were implemented. However, towards the beginning of June these started improving, from a very low base.

Further, he highlights that a majority of customers have reopened and emerged from their “hibernation” at a pace quicker than Bidcorp had anticipated.

However, those businesses associated with large crowds, such as entertainment, sporting clubs, contract catering and travel remain shuttered or severely curtailed in almost every country.

“Our businesses opportunistically pivoted into new channels, such as home delivery and supply to other retail related channels, however, the overall contribution of these initiatives was small and remains noncore and temporary.”

Meanwhile, Berson says that while the health and safety of Bidcorp’s employees remained the group's top priority, sadly, two employees succumbed to the virus in South Africa and a third passed away arising out of lockdown measures taken by the South African government.

“We extend our sincere condolences to their families and colleagues within the business.”