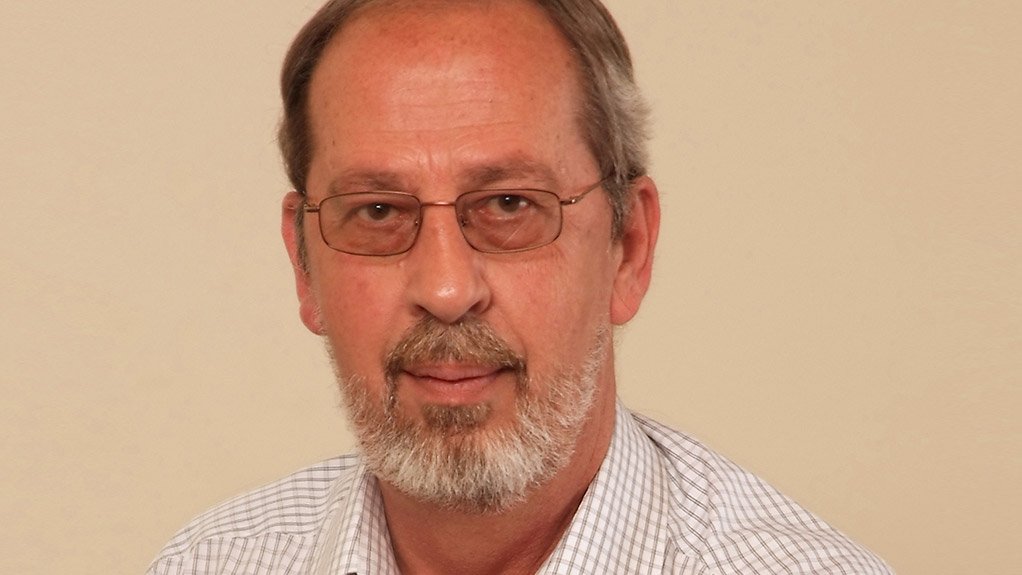 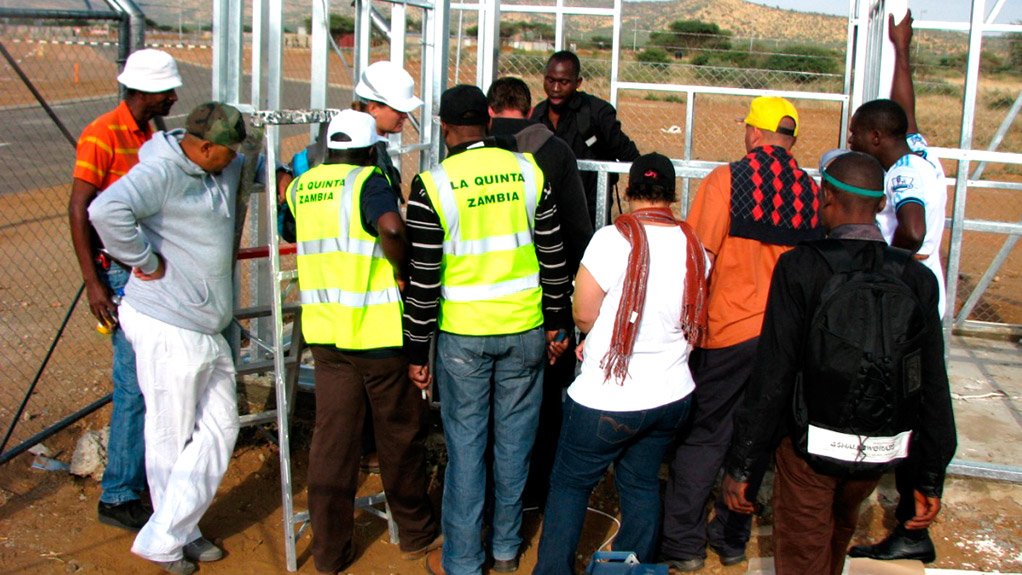 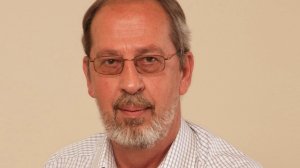 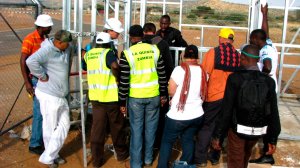 He tells Engineering News that local construction stakeholders were initially cautious in accepting the building method, which was introduced to the local market at a more formalised level in 2006, with the formation of Sasfa.

“The knowledge of and insight into the advantages of LSFB is increasing among the professions, developers and builders, with the pool of informed builders also increasing, largely owing to the regular training courses that Sasfa presents,” Barnard explains.

Among the main advantages of the LSFB construction method are energy efficiency, cost efficiency and shorter building periods.

Barnard says there is an increase in the enforcement of the energy efficiency requirements of construction regulation SANS 10400XA, which requires designers to investigate innovative building methods, resulting in a growing number of designers using the LSFB method, as it ensures the minimal use of energy.

Nurturing Exports Barnard further tells Engineering News that an export market has developed for LSFB constituting 25% of local production, mostly to other sub-Saharan African coun- tries, owing to Sasfa’s attention to the export market since its inception.

“South African distributors of LSFB systems have been successful in installing profiling machines in neighbouring countries, which accounts for most of the growing demand.

“It is estimated that the LSFB manufacturing capacity of the sub-Saharan Africa region, excluding South Africa, is equal to that of South Africa on its own. “This is creating an export market for materials, such as galvanised steel sheet, fibre cement board, gypsum board, bulk insulation and fasteners,” Barnard elaborates.

He highlights that Sasfa has been receiving an increasing number of enquiries from neighbouring countries, adding that the association has a Namibia-based member company affiliated to it.

Government Demand Barnard explains that companies affiliated to Sasfa have increasingly been receiving business opportunities from government departments, following a 2013 Presidential Infrastructure Coordinating Committee (PICC) decision that more than half of all new schools, student accommodation, hospitals and clinics must be built using innovative building methods.

Supporting Barnard’s assertion in a press statement released last month, research organisation the Council for Scientific and Industrial Research (CSIR) building science and technology department principal researcher Llewellyn van Wyk stated that, in principle, innovative building technologies, including LSFB, had been accepted by government for use in the construction of government-owned structures.

He further stated that research conducted by the CSIR showed that innovative building technologies offer faster construction at lower costs, improved energy efficiencies and better quality control, while providing jobs and having a smaller impact on resources and the environment.

“Accordingly, it is no wonder that the PICC decided to promote the use of innovative building technologies, specifically for schools, clinics and student accommodation,” Van Wyk added.

Windhoek Course Barnard tells Engineering News that as part of its development strategy, Sasfa intends to create more awareness of the LSFB method throughout Southern Africa.

“Some of the issues that slowed the progression of LSFB in South Africa have been ironed out and, with a deep level of institutional acceptance having been attained, we have reached a point where we can spread our wings,” he says.

Sasfa embarked on its first cross-border training initiative in May, when it presented a six-day training course in Windhoek, Namibia. Barnard says, although the association had presented several LSFB awareness seminars in Namibia over the years, this was the first time that a six-day course was presented outside South Africa.

“It was the fifteenth time that Sasfa presented the course for building contractors. “We had 21 attendees, 60% of whom were from Namibia, 30% from the Democratic Republic of Congo and the rest from Zambia,” he explains.

The candidates were from different professions in construction, including builders, carpenters, technicians, two architects and an accountant. Eight of the attendees were from Sasfa member companies.

2013 LSFB Performance A 2013 Sasfa yearly report on the growth of the local LSFB sector, released in January, forecasts that the South African LSF sector will grow by 16% in the com- ing year, based on building plans that were approved when the report was published.

The report is also based on Sasfa’s research on local LSF manufacturers to determine the volumes of thin-gauge high-strength galvanised steel sheets they had processed during 2013, as a measure of building activity in the industry.

The manufacturers reported throughput of 24 200 t of the galvanised steel sheets, reflecting 6% growth, compared with 2012.

During 2013, LSF roof trusses used with masonry or in industrial buildings constituted 54% of locally sold LSF. Roof structures covering a total floor area of 1.31-million square metres were produced, which is on par with the number of square metres covered during 2012.

According to industry feedback, complete buildings – wall panels with roof structures – covering more than 500 000 m² were built using LSF in South Africa during 2013 – an 80% increase on the 2012 performance.