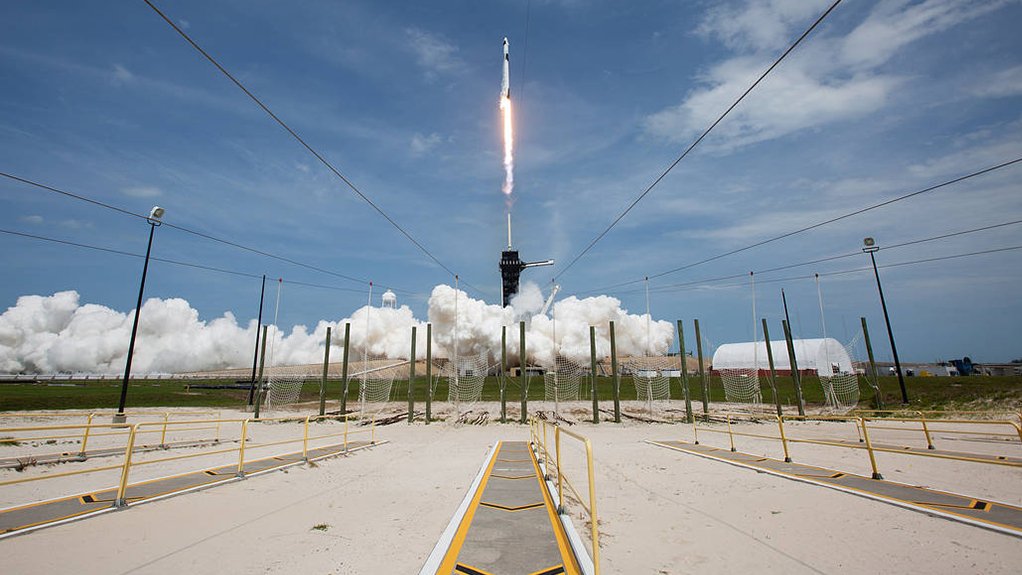 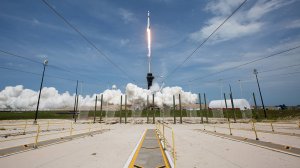 Photo by Nasa
The Falcon 9 rocket carrying the Crew Dragon spacecraft lifts off from KSC on May 30.

Space history was made on May 30 when two American astronauts (Robert Behnken and Douglas Hurley) were carried into space by a commercial spacecraft. This was the Crew Dragon space capsule, launched on a Falcon 9 rocket, the entire system being the product of the SpaceX company, founded by South African-born engineer and entrepreneur Elon Musk. After reaching orbit, the Crew Dragon successfully docked with the International Space Station (ISS).

The spacecraft was launched from Launch Complex 39A at the US National Aeronautics and Space Administration’s (Nasa’s) Kennedy Space Centre (KSC) at Cape Canaveral in the US state of Florida. This was the first time since the retirement of the last Nasa Space Shuttle in 2011 that American astronauts had been launched into space by an American rocket from American soil.

The mission was controlled by SpaceX from its leased (from Nasa) launch control centre at KSC and its mission control centre at Hawthorne, California. The docking with the ISS was carried out automatically. The entire mission was monitored by Nasa’s own Mission Control Centre at the Johnson Space Centre in Houston, Texas.

“This is a dream come true for me and everyone at SpaceX,” enthused Musk (who is also SpaceX’s chief engineer). “It is the culmination of an incredible amount of work by the SpaceX team, by Nasa and by a number of other partners in the process of making this happen. You can look at this as the results of a hundred thousand people when you add up all the suppliers and everyone working incredibly hard to make this day happen.”

“I thank and congratulate Bob Behnken, Doug Hurley, and the SpaceX and Nasa teams for this significant achievement for the United States,” highlighted Nasa Administrator Jim Bridenstine. “The launch of this commercial space system designed for humans is a phenomenal demonstration of American excellence and is an important step on our path to expand human exploration to the Moon and Mars.”

“It is difficult to put into words how proud I am of the people who got us here today,” affirmed Nasa Commercial Crew Programme manager Kathy Lueders. “When I think about all the challenges overcome – from design and testing, to paper reviews, to working from home during a pandemic and balancing family demands with this critical mission – I am simply amazed at what the Nasa and SpaceX teams have accomplished together.”