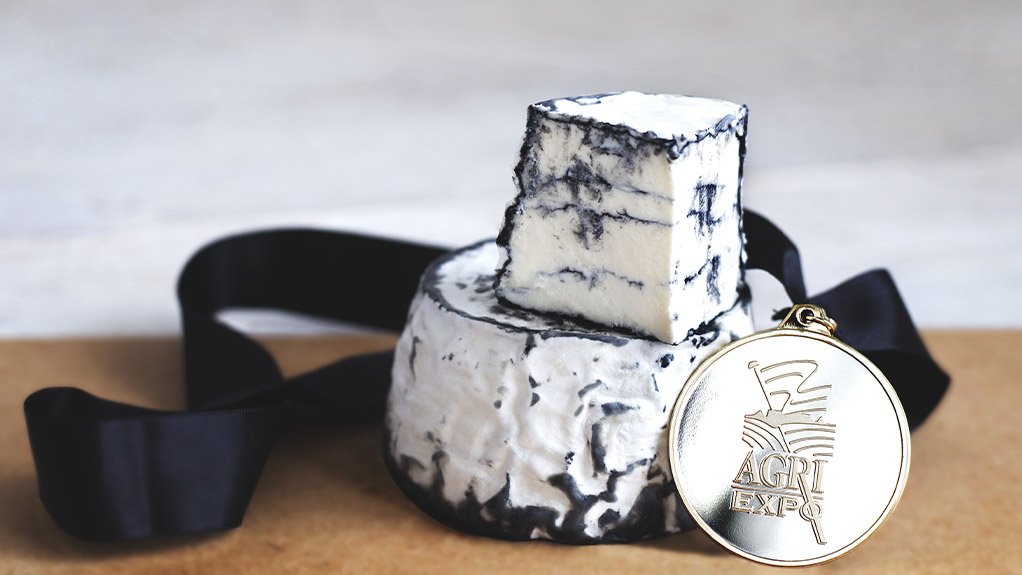 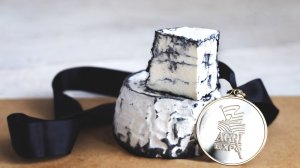 There is a constant flow of new entrants in the local artisanal cheesemaking sector, but it is a tough world that requires much dedication, fortitude and courage, says Gauteng-based Belnori Boutique Cheesery co-owner Rina Belcher.

“Owing to this, growth is really slow as many new cheesemakers fall by the wayside.However, the survivors have added a rich array of new products to the South African cheese board,” says the award-winning cheesemaker, who, in March, won South Africa’s 2019 Dairy Product of the Year at the SA Dairy Championships for her St Francis of Ashisi cheese.

The SA Dairy Championships have been presented by Agri-Expo since 1834, with Agri-Expo CEO Johan Ehlers stating in a press release that this year’s entries indicated progress, innovation and creativity in the industry.

Several new products were entered, including cheeses enriched with squid ink, activated charcoal and truffle sauce, and a halloumi presenting itself as a Braailoumi, while 13 manufacturers entered for the first time this year.

Of the 882 dairy products from 76 manufacturers, 101 products were named SA Champions by the 75 judges, ranging from dairy technologists to cheese retailers and chefs. Only 16 products received the Qualité mark of excellence.

“Agri-Expo created the Qualité emblem in 2000 and it is South Africa’s only symbol of exceptional quality in the dairy industry,” explains Agri-Expo’s website.

“I felt that St Francis of Ashisi, a delicate and humble cheese, should do well and was gratified that it had won and was excited that it had managed a Qualité Award. But, I did not think it would trump Lancewood or Parmalat,” notes Belcher.

“For a product to be awarded the prestigious title of Dairy Product of the Year in a competition of this nature is a long and difficult journey, and the dream of every dairy technologist,” says chief judge and international dairy expert Kobus Mulder in a press release.

“Not only is it an extraordinary performance, but also proof of sustained good manufacturing knowledge and practices, as well as quality control.”

Mulder says St Francis of Ashisi’s soft, melt-in-the-mouth texture and creamy taste deserves a place on every cheeseboard. The cheese is made using the lactic acid coagulation method, which is well known in France. The cheese is covered in a white edible fungus and vegetable ash, which helps to curb the lactic acid development in the cheese.

Belcher says artisanal cheeses are usually “a cut above the rest”.

“There is a lot of innovation among the artisanal producers and the methodology is just so different.The major difference is in the ageing process of the semi-hard and hard cheeses. Artisanal producers allow the cheese to age for months or years, not weeks.”

Apart from relying on its plate pasteuriser to pasteurise its milk, Belnori uses manual cheesemaking methods – cutting and stirring by hand. Unlike larger cheese producers, weather impacts the ageing process of its cheeses, as well as milk yields and quality.

In addition, Belnori does not standardise its milk, using what is available, so there are seasonal fluctuations in quality.

Belnori – excluding Belcher and her husband Norman Belcher – employs 13 people and produces between 12 t/y and 13 t/y of hand-crafted cheese.

“Much of what we make is soft cheese that is rolled into 100 g rolls or 1 kg logs. It is fairly labour-intensive.”

Even before its success at this year’s SA Dairy Championships, Belnori had planned to ramp up its production slightly, owing to demand for its cheese, but it requires more milk to do so.

“Subsequently, of this year’s new-borns, we will keep about 40 or so calves, to increase the herd, but some will also replace older cows.”

However, Belcher never wants Belnori to lose its current focus, adding that there must always be the capacity for the cheesery to experiment and test new ideas.

“Belnori must remain a cheesery and I will put the brakes on not to become a ‘factory’.”

While support from consumers is generally “very good”, Belcher says the challenge lies in reaching them.

“It is difficult to find retail outlets that employ staff knowledgeable in handling ‘different’ cheese types and having the will to learn. Food safety regulations are also aimed at factories and not cheeseries and, therefore, many small producers rely on a handful of specialised cheese outlets, which are few and far between or sell directly to the public at farmer’s/food markets or from farm outlets,” explains Belcher.

Subsequently, Belnori plans to open an outlet on its premises in October this year, which will be open to the public on Sundays and also serve food.

“Farmers are unfortunately price-takers.The price they receive from the processors for raw milk is pathetic. However, the processors’ margins are also under pressure as they, in turn, are at the mercy of the huge chain stores.