By: Christy van der Merwe     3rd December 2010 As the world settles into another yearly round of global climate change nego- tiations in Cancún, Mexico – without much hope for a legally binding deal emerging – South Africa has taken an important climate change step with the release of the National Climate Change Response Green Paper by Water... →

By: Eleanor Seggie     3rd December 2010 Conservation organisation the World Wide Fund for Nature (WWF-SA) and South Africa’s fourth largest banking group Nedbank have donated over R100-million in funds towards the Green Trust, over the course of their partnership.  →

By: Christy van der Merwe     3rd December 2010 As the world settles into another yearly round of global climate change negotiations in Cancún, Mexico - without much hope for a legally binding deal emerging, South Africa has taken an important climate change step with the release of the National Climate Change Response green paper by Water and... →

By: Henry Lazenby     26th November 2010 NYSE-listed Fluor Corporation has been selected by the Department of Energy (DoE) to perform a study for a potential solar park development in South Africa’s Northern Cape.  Following the completion of a prefeasibility study by the Clinton Climate Initiative (CCI), Fluor will now develop a more... →

By: Mary-Anne O’Donnell     26th November 2010 Information communication technology is responsible for up to 1-billion tons of CO2 emissions, an amount similar to that produced by the airline industry. →

26th November 2010 The Department of Environmental Affairs (DEA) is embarking on road shows across the country to create awareness of the National Environmental Management: Waste Act of 2008, which came into effect on July 1, 2009. →

By: Terence Creamer     19th November 2010 South African business leaders added their voice on Friday to those of hundreds of other chief executives from around the world in renewing calls for movement and collaboration on the international climate policy agenda at the upcoming meeting in Cancun, Mexico. The United Nations Climate Change... →

By: Petronel Smit     19th November 2010 Four of the 51 investment projects initiated by the Department of Environmental Affairs (DEA) in seven transfrontier conservation areas have secured investment since the launch of the promotion process in October 2008. The total estimated value of packaged investment opportunities in the... →

Direct solar water heaters – can they function in the cold?

By: Mary-Anne O’Donnell     19th November 2010 A common misunderstanding in the solar water heater (SWH) market leads many consumers to believe that all direct SWH systems are bound to freeze up and suffer damage if installed in regions where the temperature drops below freezing. →

By: Chanel de Bruyn     16th November 2010 It was unlikely that the upcoming 16th conference of parties, or COP16, to be held in Cancun, Mexico later this month, will deliver a global agreement, Department of Environmental Affairs deputy director-general, and South Africa’s lead negotiator at the conference, Alf Wills said on Tuesday.... →

UNFCCC climate conference to be held in Durban next year

By: Christy van der Merwe     15th November 2010 The 17th United Nations Framework Convention on Climate Change (UNFCCC) Conference of the Parties (COP17) would be held in Durban, from November 28, 2011 to December 9, 2011. Durban was announced as the venue for the conference in Parliament, after competing against Johannesburg and Cape Town to... →

By: Christy van der Merwe     12th November 2010 The property sector in South Africa was found to be lagging when it came to the measurement and disclosure of greenhouse gas emissions, as only two of the twelve JSE-listed real estate sector companies participated in the Carbon Disclosure Project 2010. The two companies that participated were... →

By: Tracy Hancock     12th November 2010 Light weighting of glass bottles has become an important initiative in the winery industry worldwide in an attempt to reduce carbon footprints, and the costs of bottles and transport, explains environmental and sustainability consultants WSP Environment & Energy director Sean Doel. →

12th November 2010 Gas company Afrox has introduced the Forane 427A, a new 100% hydrofluorocarbon blend offering a direct drop-in replacement solution for existing R-22 refrigerant installations across a broad spectrum of applications. This comes as the South African industry faces evertightening restrictions on... →

By: Loni Prinsloo     1st November 2010 The Companies and Intellectual Property Registration Office (Cipro) plans to establish a new commission to streamline and simplify company regulation in South Africa. Cipro, which is a trading entity of the Department of Trade and Industry (DTI), said that the decision to create the Companies... →

By: Creamer Media Reporter      29th October 2010 South African power utility Eskom on Friday boasted that it was named one of the top five companies in tax and advisory services company Ernst & Young's ‘Excellence in Sustainability Reporting Awards 2010'. Eskom came in the third place, after the Bidvest Group which took the top spot, and... →

Wastewater project highlighted as a model of sustainable development

By: Eleanor Seggie     29th October 2010 If the impact of climate change on agricultural production, together with increasing land degradation is considered, the indications are that South Africa is heading for a national disaster, says International Erosion Control Association Southern Africa Chapter (IECA-SA) president Lehman Lindeque.  →

By: Creamer Media Reporter      25th October 2010 The Dube TradePort (DTP), which is an international airport and trade development in KwaZulu-Natal, has called on bids from interested parties to conduct feasibility studies and compile business plans for potential “green” projects within its AgriZone. In an effort to promote the sustainable... →

By: Henry Lazenby     22nd October 2010 The importance of establishing carbon capture storage (CCS) facilities in South Africa was emphasised when synthetic fuels (synfuels) producer Sasol announced, in September, that, owing to a lack of financially viable methods of CCS, it had decelerated the construction of its Mafutha... →

By: Petronel Smit     22nd October 2010 The local fruit and wine industry is working on an initiative to decrease its carbon footprint, which mainly stems from fossil fuel-based activities, such as electricity consumption, diesel, fertilisers and packaging. →

By: Petronel Smit     22nd October 2010 The Haughton Award for the top honours student in geology in South Africa has been awarded to Bjorn von der Heyden, of Stellenbosch University (SU), for his studies in biogeochemistry and combating global warming.  →

By: Christy van der Merwe     15th October 2010 South African government, private sector and civil society would need to work together to ensure that the value of nature and natural capital was measured and protected, the World Wide Fund for Nature (WWF) said this week, when it released the ‘Living Planet' report. "South Africa now faces real... →

By: Irma Venter     8th October 2010 Vehicle rental company Avis has provided the support fleet for the South African Solar Challenge 2010, which ended in Pretoria earlier this month, as one of the first big sponsorship deals the fledgeling, biennial event managed to secure following its inception in 2008. → 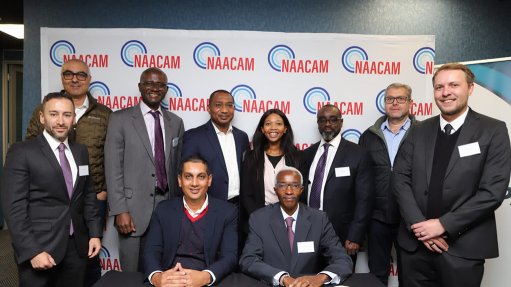