By: Idéle Esterhuizen     3rd May 2012 The South African Chamber of Commerce and Industry’s (Sacci’s) Business Confidence Index (BCI) for April fell by a further 1.4 index points to 94.3 – the lowest in three years. The new low point followed the 3.8 index points decline to 95.7 in March and was 8.2 points below the April 2011 level.  →

By: Terence Creamer     3rd May 2012 Implementation of a one-stop border post at Beitbridge, the congested crossing between South Africa and Zimbabwe, is “imperative” to reducing trade-restricting transactions costs that are currently estimated to be as high at $35-million a year, African Development Bank chief economist Professor... →

By: Terence Creamer     30th April 2012 The head of State-owned freight logistics utility Transnet – which recently unveiled a R300-billion, seven-year investment programme – is expecting the group’s 2015/16 financial year to prove the most difficult to navigate, as in that year the group’s capital expenditure (capex) peaks, along with... →

By: Idéle Esterhuizen     30th April 2012 The World Steel Association (worldsteel) is forecasting global steel consumption growth to slow to 3.6% in 2012, from 5.6% in 2011, as China enters a less steel-intensive growth phase and eurozone debt crisis uncertainties continue to persist. Steel consumption is expected to reach 1.42-billion... →

South African property recovery failed to take off in 2011

27th April 2012 The Academy of Science of South Africa (Assaf) reports it will once again be facilitating applications by South African scholars for postgraduate training and postdoctoral fellowships advertised in Brazil, China, India, Mexico, Pakistan and Malaysia. →

By: Dimakatso Motau     27th April 2012 Skilled, well-trained artisans are worth their weight in gold in the industry and employers operating in the engineering sector should do everything in their power to attract and retain these skills, states recruitment agency Network Recruitment. →

CIDB moves to have all public tenders, awards registered

By: Terence Creamer     27th April 2012 The Construction Industry Development Board (CIDB) is intensifying its efforts to ensure that public sector departments, agencies and State-owned companies (SoCs) begin complying with the requirement to record all tender notices and awards in its national projects register. The drive to improve... →

By: Idéle Esterhuizen     24th April 2012 Artisan training in South Africa has grown rapidly during the 2011/12 financial year, with data from Sector Education Training Authorities in South Africa (SETAs) showing that 24 378 artisan learners entered the system, 861 more than in the previous year. Higher Education and Training Minister... →

23rd April 2012 United Nations secretary general Ban Ki-moon has appointed the CEO of South Africa’s Public Investment Corporation (PIC) to the United Nations Global Compact (UNGC) board. Elias Masilela would be expected, besides others, to serve as a champion of the UNGC and its missions for a period of three... →

Construction body moves to have all public tenders registered

By: Terence Creamer     23rd April 2012 The Construction Industry Development Board (CIDB) is intensifying its efforts to ensure that public sector departments, agencies and State-owned companies (SoCs) begin complying with the requirement to record all tender notices and awards in its national projects register. The drive to improve... →

By: Terence Creamer     20th April 2012 One of the few novel themes explored in the latest version of South Africa’s Industrial Policy Action Plan (Ipap) is the concept of ‘developmental integration’ – an emerging idea that seeks to align South Africa’s industrial policy aspirations with the even more challenging goal of regional... →

By: Schalk Burger     20th April 2012 Multidisciplinary engineering, management and specialist technical services group Aurecon reports significant success in its young professionals exchange programme geared at retaining professional engineers and specialists within its business by enabling them to travel to, and work in, Aurecon... →

By: Chantelle Kotze     20th April 2012 Nuclear energy research and development company the South African Nuclear Energy Corporation (Necsa) has seen an almost twofold increase in the number of people enrolled in its skills development programme over the past three years. →

By: Terence Creamer     20th April 2012 One of the few novel themes explored in the latest version of South Africa’s Industrial Policy Action Plan (Ipap) is the concept of “developmental integration” – a emerging idea that seeks to align South Africa’s industrial policy aspirations with the even more challenging goal of regional... →

By: Dimakatso Motau     20th April 2012 The independent corporate finance and research company Merchantec CEO Confidence Index has attained its highest score since its inception in the second quarter of 2009, indicating a renewed optimism among South Africa’s CEOs towards the overall economic environment for 2012.  →

By: Terence Creamer     19th April 2012 The ongoing debate about the tolling of Gauteng’s intra-provincial highways has highlighted the urgent need for South Africa to invest in its public transportation system, Nobel-winning economist Professor Joseph Stiglitz argues. The Columbia University professor, who is in South Africa to... →

By: Terence Creamer     18th April 2012 A new survey by Consulting Engineers South Africa (Cesa) shows that the late payment of fees has returned as a significant threat to the industry. The organisation’s latest ‘Economic and Capacity Survey’, which covered the period from July to December last year, showed that 24% of fee earnings... →

By: Terence Creamer     18th April 2012 State-owned freight logistics group Transnet has followed up its recent R1.8-billion purchase of the old Durban International Airport site, in KwaZulu-Natal, with the release of a number of separate tenders in support of its proposal to develop, in phases, a new dig-out port on the property. The... →

By: Reuters     17th April 2012 High commodity prices will buoy much of sub-Saharan Africa in 2012, but South Africa will continue to stumble due to its deep ties to crisis-ridden Europe, the International Monetary Fund said on Tuesday. Growth in sub-Saharan Africa will pick up to 5.4% this year thanks to new mineral and oil... →

By: Terence Creamer     16th April 2012 The levels of local content in the French-led bid to build proposed new nuclear energy capacity in South Africa will be superior to those outlined in an earlier Nuclear 1 bid submitted to Eskom in 2008, Areva CE Luc Oursel has confirmed. Speaking to Engineering News Online during a recent visit... →

By: Sapa     16th April 2012 Motorists who do not register for e-tags will pay a three times higher punitive rate for using Gauteng's new toll roads, Sanrail said on Monday. "Users who do not register, or who do not have valid and operational e-tags and who do not pay within seven days will ultimately pay a significantly... →

By: Reuters     16th April 2012 The outlook for South Africa's economy was looking slightly better, Finance Minister Pravin Gordhan said on Monday. "But like many other parts of the world, (the economy) is still subject to the vagaries of the global economy," Gordhan told journalists at a breakfast briefing in Johannesburg. →

By: Terence Creamer     13th April 2012 The prevailing shortage of engineers has been identified by the Presidential Infrastructure Coordinating Commission (PICC) as a major potential impediment to the effective implementation of South Africa’s ambitious infrastructure investment programme, which currently comprises 17 Strategic... →

By: Idéle Esterhuizen     13th April 2012 The success of the Non-State Sector Programme (NSS), a component of the Expanded Public Works Programme (EPWP), indicated that the programme could be expanded, Public Works Minister Thulasi Nxesi said on Friday. The NSS was introduced as a division of the EPWP in 2009. Since then, more than 35... →

By: Dimakatso Motau     13th April 2012 The newly formed Professional Body Forum aimed at dealing with issues in the supply chain management and purchasing training landscape, held its inaugural meeting in March, in Centurion and 26 professional bodies participated at the event. →

Digital media being deployed as a learning tool

By: Dimakatso Motau     13th April 2012 In the digital age we live in, a project, which started off as a pilot during the 2010 FIFA World Cup soccer tournament, is bringing twenty-first century learning to South African youth, teaching them about the use of multimedia tools as a learning tool and communication platform. →

By: Natasha Odendaal     12th April 2012 The finding of an International Monetary Fund (IMF) working paper that the rapid growth of real wages in South Africa, which outpaced labour productivity growth in most sectors, was suppressing employment creation was concerning, said the South African Chamber of Commerce and Industry (Sacci) on... →

By: Henry Lazenby     12th April 2012 The World Bank on Thursday cut China’s expected gross domestic product (GDP) growth rate for 2012 to 8.2%, from 9.4% last year, on the back of uncertainty in the global economy and the ongoing correction in its domestic property market. The China Quarterly Update, a regular World Bank assessment... →

By: Terence Creamer     12th April 2012 Foreign domestic investment (FDI) outflows continued to recover in 2011 and prospects for FDI outflows in 2012 continue to improve. But multinationals remained guarded, owing to the fragility of the current phase of the global economic recovery, a new United Nations report shows. The latest... →

By: Natasha Odendaal     11th April 2012 A new tourism strategy, released by the National Department of Tourism (NDT) on Wednesday, emphasised the development of rural tourism in stimulating job creation and economic benefits. Speaking at the release of the National Rural Tourism Strategy, Minister Marthinus van Schalkwyk said the... →

By: SA News     11th April 2012 Nobel laureate and economist, Professor Joseph Stiglitz, has been appointed as the government’s expert to serve on the Walmart study. This follows the judgement by the Competition Appeal Court in March that a study be commissioned to “determine the most appropriate means together with the... →

Bids to be sought this year for 1 000 new locomotives

By: Terence Creamer     10th April 2012 State-owned transport utility Transnet will issue an open tender later this financial year, which ends on March 31, 2013, for the purchase of 1 000 new diesel and electric locomotives, valued at around R30-billion. Speaking at the launch of the group’s R300-billion, seven-year Market Demand... → 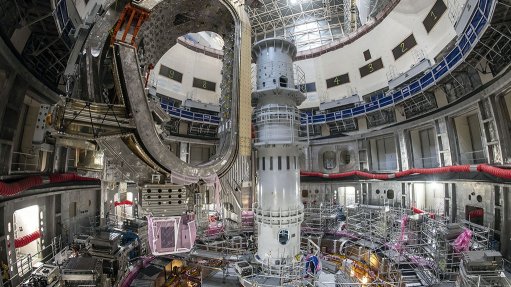