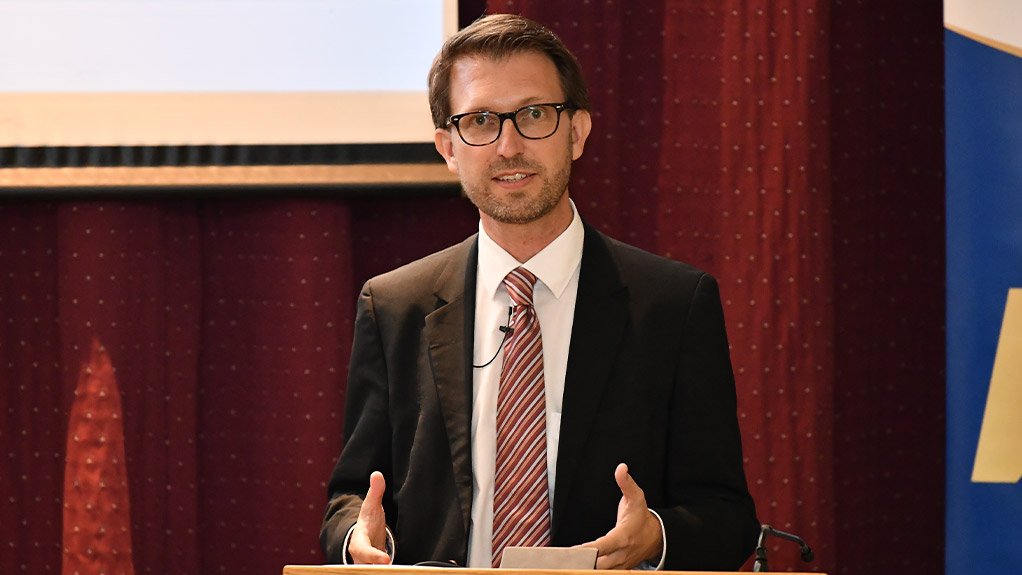 Dr Bischof-Niemz is one of the authors of a book titled 'South Africa’s Energy Transition', which offers a roadmap to a decarbonised, low-cost and job-rich energy future.

He was the founding head of the CSIR Energy Centre and previously worked for Eskom on the Integrated Resource Plan. He is currently CEO of ENERTRAG South Africa – tobias@bischof-niemz.de

Could Eskom be repurposed to become training ground for the energy transition?

Why should SA’s post-Covid-19 stimulus incorporate a big green-energy component?

By: Tobias Bischof-Niemz     24th April 2020 Governments around the world are grappling with ways to reignite their economies and limit the duration of recessions precipitated by the response to the Covid-19 pandemic. South Africa is no different. Naturally, the first response of the South African authorities has been to direct limited... →

Could coal miners be incentivised to support the transition to renewables?

By: Tobias Bischof-Niemz     20th March 2020 Coal, which has been the workhorse of South Africa’s electricity system for generations, will continue to play a significant role for years to come. Those coal-fired power stations that remain in operation will also need to secure continued supplies of the energy mineral and Eskom has expressed a... →

How can SA avoid high costs and great regret when procuring emergency power?

By: Tobias Bischof-Niemz     7th February 2020 When released in October, the Integrated Resource Plan 2019 (IRP 2019) highlighted that South Africa would face an electricity capacity shortfall of between 2 000 and 3 000 Megawatts (MW) for the coming three years, as well as relatively modest energy deficits (measured in Gigawatt-hours, or GWh)... →

Is land a constraint to a renewables-led energy system in South Africa? 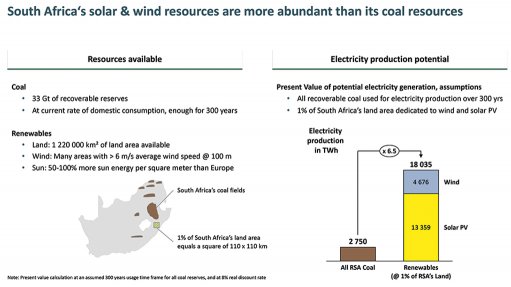 Why is SA in sweet spot for global corporate-led decarbonisation projects?

By: Tobias Bischof-Niemz     6th December 2019 Several large multinationals, such as Google and Amazon, are actively procuring renewable energy as part of efforts to transition their operations away from fossil fuels. Typically, these companies are seeking to take physical delivery of the clean energy produced by wind and solar plants to... → 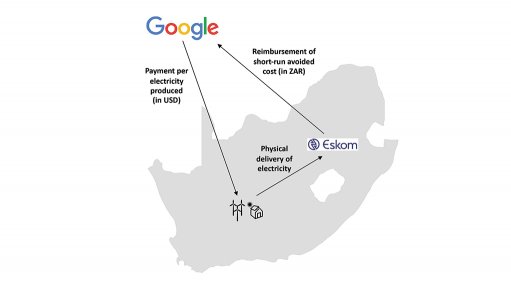 By: Tobias Bischof-Niemz     15th November 2019 Germany’s electricity generation in 2019 year-to-date has been almost 47% based on renewables, a significant increase from only 9% in 2002. The cost of new renewables, specifically solar photovoltaics (PV) and onshore wind, are now by far the lowest of all new-build power-generator options. Why... → 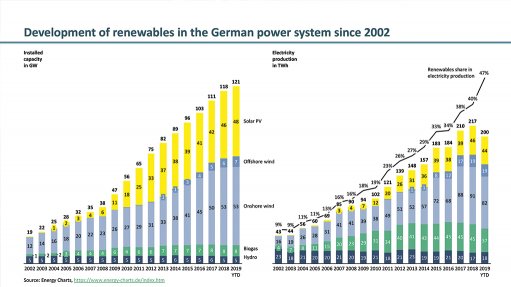 Could South Africa be the Saudi Arabia of green aviation fuel?

By: Tobias Bischof-Niemz     25th October 2019 Until relatively recently, much of the world’s decarbonisation attention has been on the electricity sector. The focus was natural because, firstly, the sector is a large contributor to global greenhouse-gas emissions, and secondly, it is relatively easy to transition. Especially now where after... → 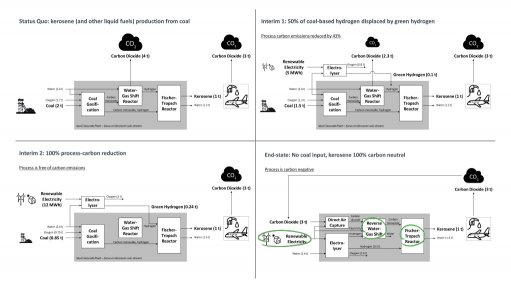 By: Tobias Bischof-Niemz     27th September 2019 The argument that the renewable-energy independent power producers (IPPs) are destroying Eskom financially is a gross misrepresentation. Fact is: the state-owned utility bought electricity form renewable IPPs in financial year 2018/19 at an average price of R2.06/kWh. Fact is also: the standard... →

By: Tobias Bischof-Niemz     23rd August 2019 The renewable-energy industry in South Africa is effectively at the very beginning of an S-curve. With 5% of South Africa’s electricity provided by renewables, the industry is nowhere near its ultimate size. In 20 years from now, it should be at least ten times larger than it is today. When... → 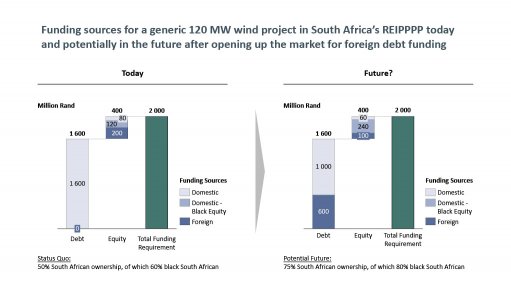 How should SA’s gas infrastructure be configured for a least-cost power system?

By: Tobias Bischof-Niemz     9th August 2019 As outlined in the previous Transition Talk column (see Engineering News July 12–18, page 51), while gas will become more important in South Africa’s future electricity system, its role should not be overstated. Even in the absence of other flexibility options – such as batteries, pumped-hydro... → 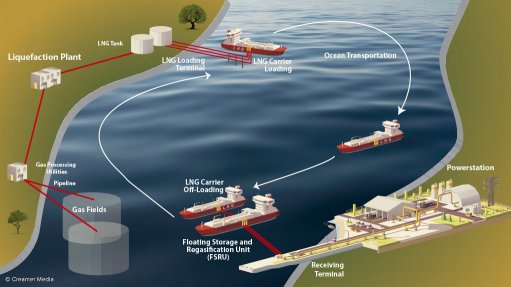 By: Tobias Bischof-Niemz     12th July 2019 Imagine the planning of the electricity system as a builder who wants to build a sturdy wall at the lowest cost. In the old world, the cheapest way to construct such a wall was to use rectangular bricks, akin to coal or nuclear in the power sector. To hold the wall together, expensive cement... → 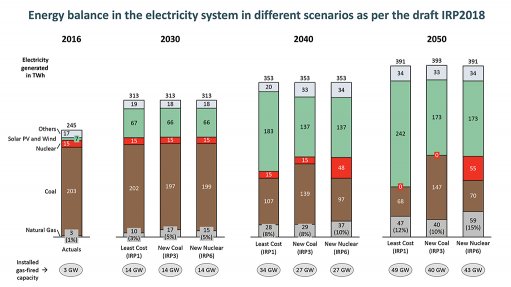 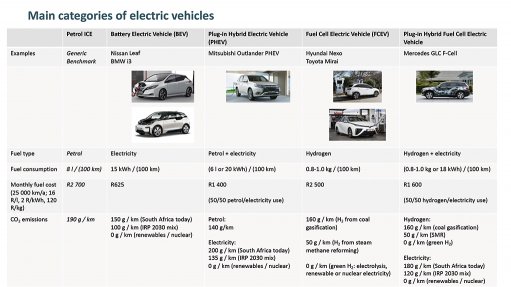 How should SA approach the procurement of least-cost power?

By: Tobias Bischof-Niemz     31st May 2019 In the previous Transition Talk column (Engineering News May 17-23, 2019), I explored what it would take to depoliticize the process of drafting a rational Integrated Resource Plan (IRP) for South Africa. Such a plan will outline what investments need to be made in the electricity sector. The... → 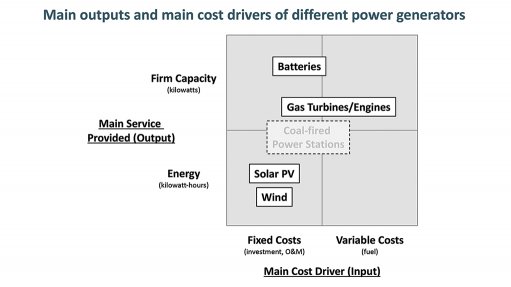 By: Tobias Bischof-Niemz     17th May 2019 As South Africans know all too well, the processes involved in drafting and approving an Integrated Resource Plan (IRP) for electricity are emotive, opaque and highly political. It took nearly ten years to update the initial IRP 2010, despite the fact that the document lost relevance almost from... → 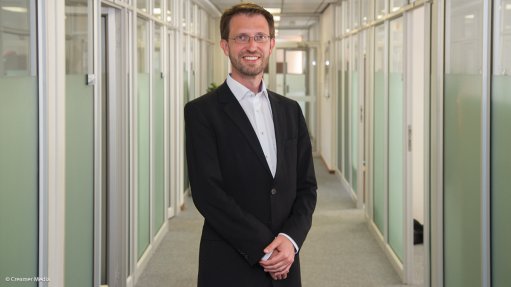 By: Tobias Bischof-Niemz     3rd May 2019 In the previous Transition Talk column, I covered how South Africa’s world-class solar resource, together with falling solar photovoltaic (PV) panel costs, has made rooftop generation an increasingly realistic proposition for factories, shopping malls and high-income households. I also outlined... →

By: Tobias Bischof-Niemz     19th April 2019 There has been no increase in overall electricity demand since South Africans first began experiencing load-shedding back in 2008. Yet the threat of rotational cuts remains, because of the precipitous decline in the energy availability factor (EAF) of Eskom’s coal fleet and the underinvestment in... → 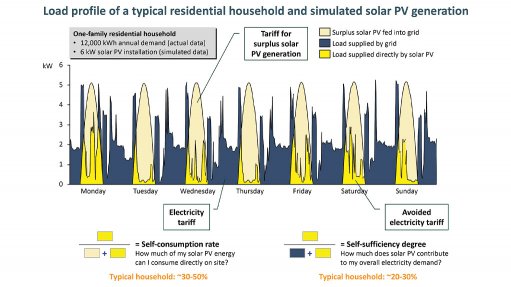 If renewables are so cheap, why are we paying so much for them?

By: Tobias Bischof-Niemz     5th April 2019 Hardly a week passes without a statement being made about the high costs of renewable energy in South Africa. Typically, the argument is made on social media and is framed to suggest that Eskom is buying electricity at R2.22/kWh from renewable-energy independent power producers (REIPPs) and that... →

If investment is the goal, what should SA’s electricity game plan be?

By: Tobias Bischof-Niemz     22nd March 2019 South Africa has correctly identified the lack of investment as a serious constraint to economic growth and job creation. President Cyril Ramaphosa has moved to address the problem by reaching out to domestic and foreign investors both informally and through the inaugural Investment Conference,... → 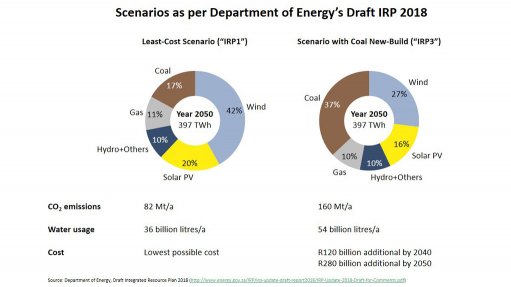 By: Tobias Bischof-Niemz     8th March 2019 As outlined previously, an electricity system made up of solar photovoltaic (PV) plants, wind farms and flexible generators will employ at least 30% more people than a comparable energy-equivalent coal fleet (see the Transition Talk column in the February 22-28 edition of Engineering News). This... → 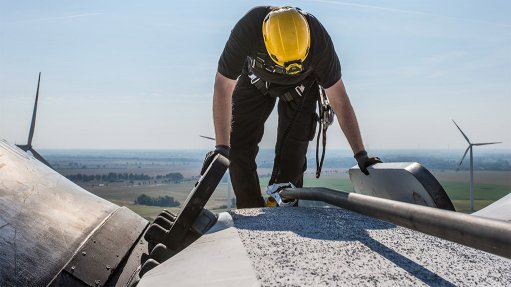 By: Tobias Bischof-Niemz     22nd February 2019 There is considerable support in South Africa for the notion that a transition in the electricity system from coal to renewable energy will trigger a jobs bloodbath at both Eskom and the Mpumalanga coal mines. The opposition to renewables is underpinned partly by the notion that there are more... →

By: Tobias Bischof-Niemz     8th February 2019 That Eskom needs to be restructured is no longer in question. In its current form, the organisation poses a systemic risk to the South African economy and is ‘too big to fail’. The real question is what form this restructuring should take. For sure, the generation assets need to be separated from... → 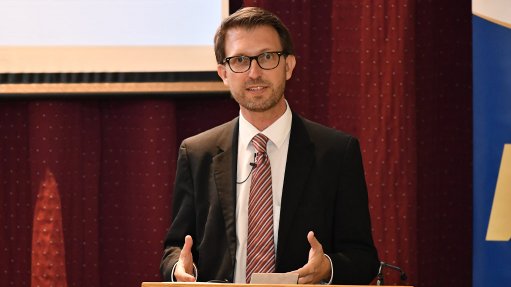