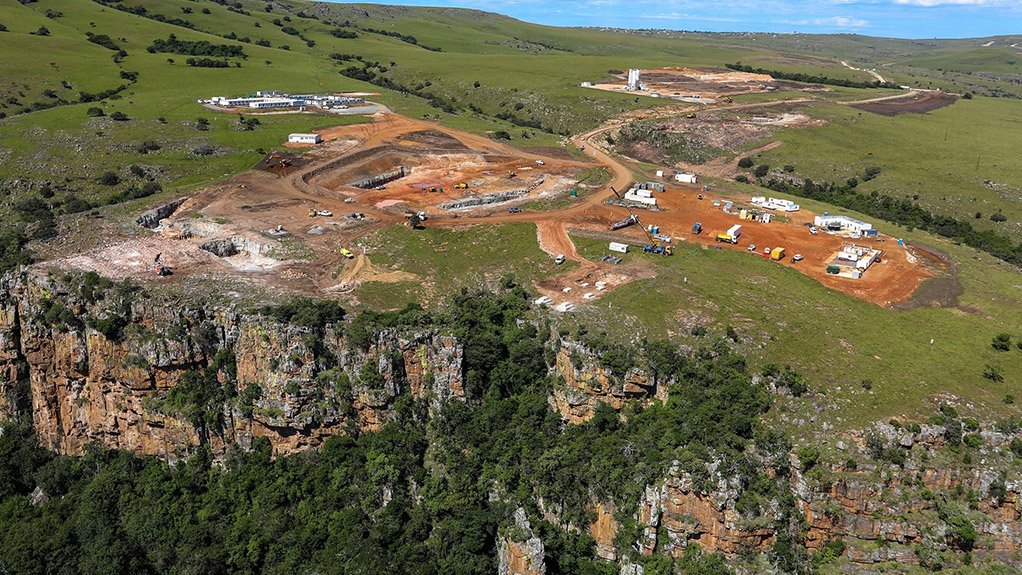 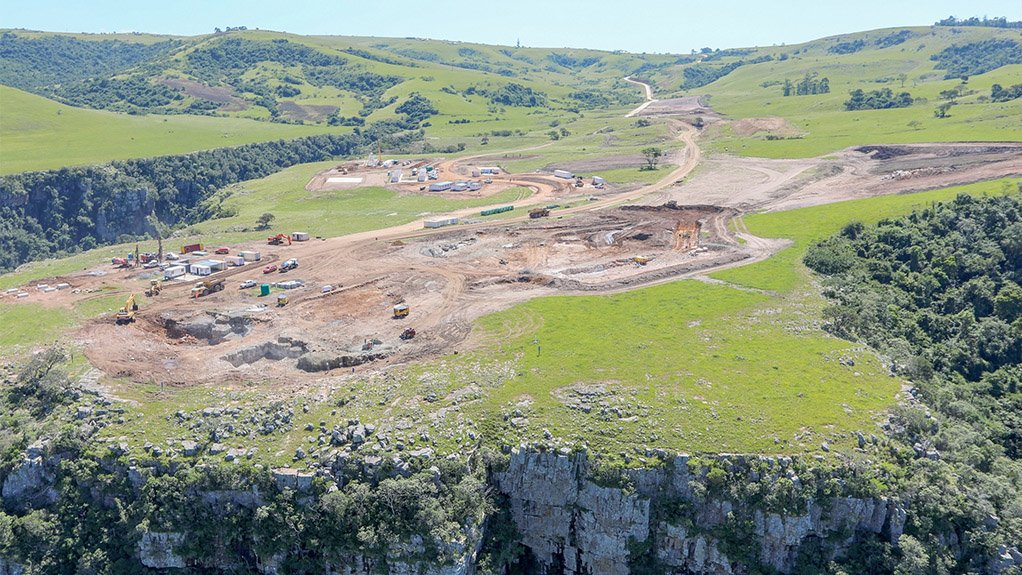 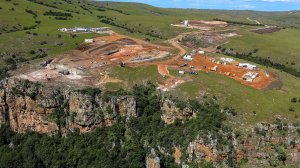 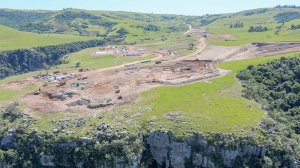 Work has started on the foundations for the Msikaba bridge being constructed by Concor Infrastructure, in joint venture (JV) with Mota-Engil Construction South Africa (MECSA).

The R1.65-billion contract is poised to deliver the longest cable-stayed bridge in Africa.

The bridge will be built near Lusikisiki, in the Eastern Cape, over the Msikaba gorge. The project forms part of the South African National Roads Agency’s N2 Wild Coast project.

Work on the Msikaba bridge was suspended following the declaration of the National State of Disaster owing the Covid-19 pandemic, but has now been resumed.

Concor reports that “significant work” has already been done on the establishment infrastructure to support the construction works.

Work on the approach roads and the pylon foundations and anchor blocks for the bridge are currently under construction.

When completed, the Msikaba bridge will also be the second longest main-span bridge crossing ever built on the continent, with a tower-to-tower distance of 580 m. Its two pylons will be 127 m high.

With a bridge deck at 194 m above the valley floor, the structure will be the third highest bridge in Africa, eclipsed only by the existing Bloukrans bridge with a height of 216 m and the Mtentu bridge, also part of the N2 project, which, when completed, will be 223 m high.

Work on the N2 Mtentu bridge, however, had stalled as a result of community demands.

It is important to note that the Concor-MECSA JV has overcome initial community challenges through “significant community engagement strategies”, with the various community stakeholders and businesses all on board, says Concor Infrastructure MD Eric Wisse.

The balance of works contained in the contract includes construction of 1.5 km of approach roadworks on either side of the bridge.

Expressed in quantities, this will include 650 000 m³ of bulk earthworks, of which 430 000 m³ is hard rock, a conventional three-span bridge and four in-situ concrete culverts crossing some of the tributaries.

Also included are projects to benefit the wider community, including upgrading or repairing gravel roads in the district.

Owing to the remoteness of the project, as well as the logistics of travelling from the northern side to the southern side of the project site (a three-hour drive), a cableway will be installed as part of the temporary works, says Wisse.

As a result of the specialist nature of this installation, a company from Switzerland has been appointed to install the cableway.

It is anticipated that the cableway will be completed in May.

“The cable car system will be used to transport people and small amounts of material from one side to the other,” says Wisse.

Concor has a strong legacy in the construction of iconic bridges, having constructed the Bloukrans bridge in 1983.

The company also built the Grootrivier and Bobbejaansrivier bridges, also in the Eastern Cape.