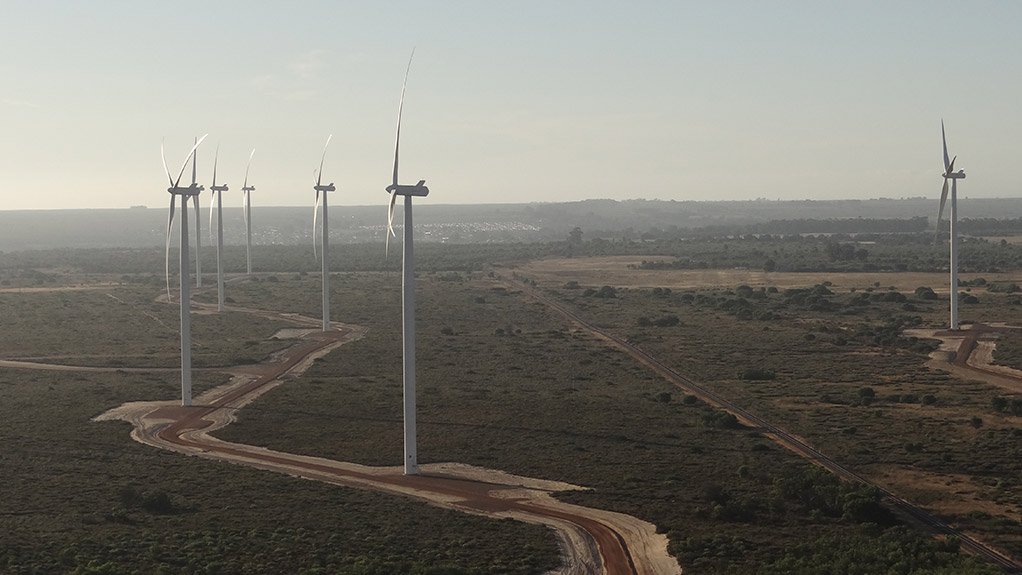 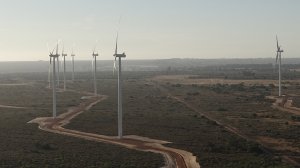 Wind energy is pushing ahead in South Africa, with five wind farms in full operation, another 15 currently under construction and a further seven approaching financial close.

By the time they are all up and running, 1 983 MW could be generated by more than 700 turbines, with further development expected down the line, according to the South African Wind Energy Association (Sawea).

Among the most recent developments is the Hopefield wind farm, in the Western Cape, which got under way in February. It is now fully operational and supplying electricity to the national grid.

During a visit to the Hopefield wind farm, Engineering News watched the 95-m-high turbines spinning steadily and surprisingly quietly. In rural areas, wind farms need to meet the guidelines of 35 decibels – noise that is louder than a whisper but quieter than the background noise of an average sitting room, and softer than normal conversation.

Technical manager for Umoya Energy, the owner of Hopefield, Sam Cook was upbeat about the development so far and the potential for further growth in renewable energy.

“We are only just beginning to make a dent with renewables – and the potential is huge,” he said.

Cook explained that sensors detected the wind direction and wind speed of the Danish-designed Vestas turbines, with information monitored remotely in Europe.

“Each turbine operates independently and has its own sensors. At low wind speeds, more blade is exposed to the wind. As speed picks up, less torque is required.”

If the wind blows too hard, exceeding 20 m/s at the hub height, then the turbine will be shut down, Cook explained.

Vestas Southern Africa was currently responsible for wind turbine supply and wind farm construction, as well as the operation and maintenance of Hopefield for the first 15 years.

Vestas had recruited full-time staff in the Western Cape, who underwent training to operate and maintain the Hopefield wind farm and others in the region, while 300 people from the local community were employed in the construction phase of the wind farm.

Hopefield is expected to generate enough electricity to power about 70 000 low-income homes or the equivalent of 29 000 medium-income homes. Sawea says an average South African coal-fired power station would have to emit about 195 000 t of carbon dioxide every year to produce the same amount of electricity.

Sawea CEO Johan van den Berg said he expected 400 turbines to be spinning throughout South Africa by the end of the year.

Wind farms were located mainly in three provinces – the Northern Cape, Western Cape and Eastern Cape – where wind was plentiful and land available.