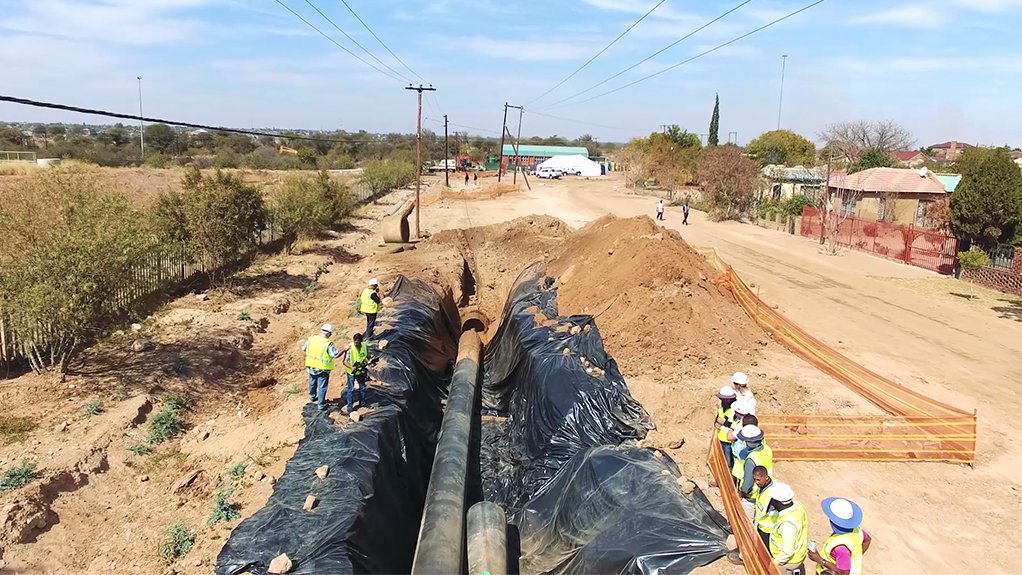 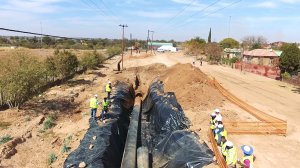 The “callous waste and pollution of water” should be given more attention, and the necessary steps to prevent that, such as the maintenance of pipelines, should be prioritised, says Southern African Plastic Pipe Manufacturers Association (Sappma) CEO Jan Venter.

South Africa is a water-scarce country, with the average amount of water available per person estimated at 2 000 m3 – compared with 15 000 m3 – in, for example, the US.

Venter says local water resources are being polluted on a “frightening scale”, and although the relatively good rainy seasons of the past three years in most of the provinces diluted some of the harsh reality of pollution, the condition of most rivers, streams, dams and wetlands shows that not enough is being done to curb pollution.

However, despite the level of pollution, many South African leaders and citizens have displayed a lack of urgency and motivation to rectify the situation, he laments.

“Hundreds of faulty municipal water and sewage plants can be found across the country, while thousands of litres of water continue to be lost every day, owing to poorly maintained pipelines,” he says.

Corroding pipes and poor jointing are two of the major causes of water loss, hence old steel or asbestos pipes are being replaced with plastic pipes that do not rust and have leak-proof joints, if done correctly, Venter explains.

As a result, plastic pipe has become the dominant choice of pipes in secondary water distribution and, thus, a key factor in the country’s infrastructure.

Sappma is the only major pipe association in South Africa and represents more than 80% of all certified plastic pipe produced in the country. Sappma is advocating using good-quality plastic pipes that are durable, leak-free and properly installed, to save water.

“A great deal of municipal pipe networks are beyond their useful life and should have been replaced already. A lot of clean, expensive water is lost because of leaks in pipe networks,” Venter notes, adding that the leaks are “relatively easy to solve, provided the will, skill and funds are made available, which seem to be in short supply”.

However, he mentions that local pipe manufacturing capacity has “always been greater than the demand, so procurement of top-quality piping products should not be a problem”.

The consequence of failing to repair leaks will result in the substantial loss of precious, treated water in most municipal areas, which the country cannot afford.

“Apart from having a lifetime that is more than double that of other materials, plastic pipes are also quicker and easier to install, with lower failure rates, less corrosion and fewer joint leaks, in addition to being cheaper than other pipes,” he adds.

Without delay, municipalities should invest in and prioritise the upgrading and replacing of old and failing water infrastructure. This will place South Africa in a position to save enough purified water to significantly reduce the impact and long-term effects of the below-average rainfall, and avoid the threat of water -shedding in the years to come, Venter explains.

Two of the organisation’s main focus areas are product standards and quality, which Venter says are “indispensable” in the bigger picture of ensuring water safety and security for citizens and preserving the country’s water resources.

Sappma’s concern for water safety and security has seen it make urgent appeals to the Department of Water and Sanitation (DWS).

The appeals include requests for the department to seriously address the widespread pollution of rivers, dams and wetlands, intervene in the mismanagement of municipal water and sewage treatment plants, depoliticise water management in the country and fully use all the available engineering skills in the country.

The DWS is the custodian of water resources, making it responsible for the protection, development, conservation and proper management of such resources in a sustainable and equitable manner to the benefit of all people and in accordance with its constitutional mandate, he concludes.