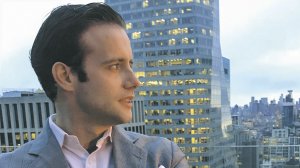 Main Activity of the Company: MzansiSat is building, and will operate, South Africa’s first telecoms satellite, which will supply cheap, stable and fast broadband to the entire country and beyond

Career History Prior to Current Position: On leaving ITN, I took up a broadcast liaison position at Olympic Broadcasting Services, before joining BalkanSat EOOD as an analyst and Scout_Sec as MD

Size of First Pay Packet: My passion for the tech industry has always been my reward

First Job with Present Group: Director of operations and regulatory affairs, in 2014

Number of People under Your Leadership: Six people

Personal Best Achievement: It is an ongoing process

Professional Best Achievement: Bringing peer review into the game has been beneficial for everyone working with me

Person Who Has Had the Biggest Influence on Your Life: People from different places and in different contexts who had faith in me and gave me a chance

Person Who Has Had the Biggest Influence on Your Career: MzansiSat CTO Bernard Greyling, one of the few people who could take me on and challenge me intellectually and professionally. As one of the first people I met in South Africa on my arrival, he opened up and showed me the depth and wealth of this country’s culture and the social constructs governing it

Person You Would Most Like to Meet: Nachito Pieres, a polo player, and Siyabulela Xusa, who worked on developing a record-breaking rocket and creating safer, more energy efficient rocket fuel

Businessperson Who Has Impressed You Most: Elon Musk – I also have extreme respect for Dr Julian Hosp, former CEO of TenX, who developed an easily accessible and secure platform for cryptocurrency interactions

Philosophy of Life: You don’t have to tell me everything; just don’t lie to me – if you need help, you’ll get it, but if you need money, work for it

Biggest Ever Opportunity: Coming to Africa to build my career as an entrepreneur

Biggest Ever Disappointment: Not buying Netflix shares at rock bottom in 2012 to 2013 – when I had the opportunity

Hope for the Future: That South Africa regains confidence in itself and its vast capacities to positively change the continent and contribute to the global community

Hobbies: I have a passion for telecoms

Pets: None – I want a Corgi, though