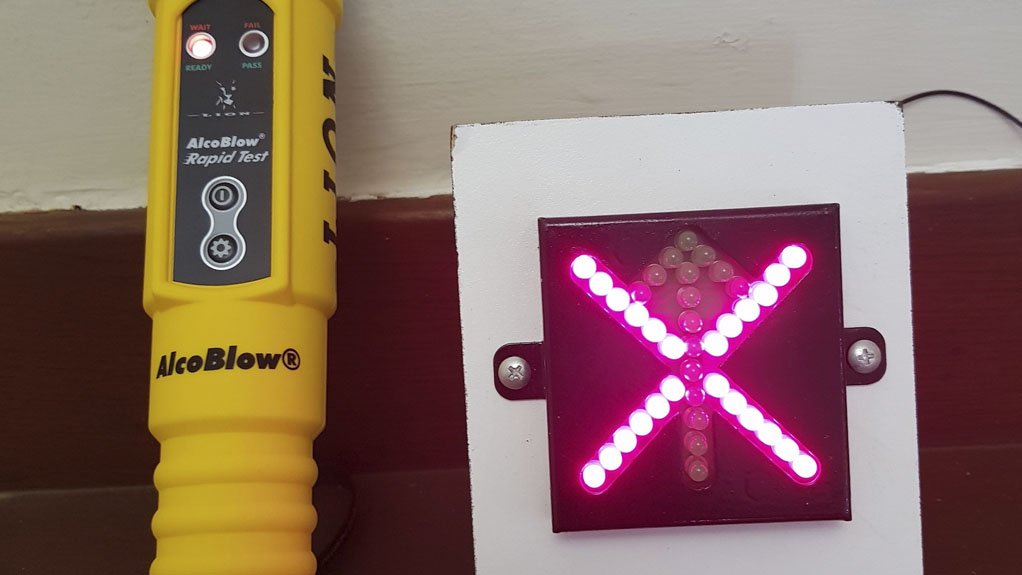 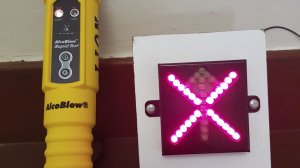 ACCESS DENIED Depending on the alcohol test result, Alco-Safe’s wireless transmitter technology determines whether employees or visitors are allowed access on site

The upgraded breathalyser is particularly suitable for industries such as mining, engineering, logistics and industrial environments, which follow a zero-tolerance approach regarding alcohol abuse for staff or visitors.

“The addition of wireless capability not only moves breathalysers forward in terms of technology but also suits a world that is becoming more automated. Using a security guard to conduct the test now moves from a potential fraud risk to an added security measure that ensures protocols are fully adhered to,” says Alco-Safe director Rhys Evans.

Once the wireless transmitter is installed on a boom gate, turnstile or other electronically controlled entryway, the system is ready for use – a security guard manually holds the device up to the visitor, who then blows into the mouthpiece, he explains.

This generates a visible reading on the screen of the device, as well a communication message – either positive or negative – to a receiver, which then automatically activates or triggers the gate to either open or stay closed.

Evans tells Engineering News that the wireless device removes the responsibility from a security guard to grant or deny site access, therefore reducing the risk of bribery, coercion or threats.

He says that the driving force behind the development of the wireless transmitter upgrade was that many clients were complaining about the risks involved in having security guards test staff or visitors on site.

“Quite often, our new customers see a high number of positive tests dropping drastically, partly owing to people not drinking since the test measure was put in place, but also because security guards are being manipulated.”

Moreover, the wireless transmitter can also communicate the result to a control room, which enables supervisors or superiors to see the result, eliminating the guard’s ability to manipulate entry access.

It also speeds up the process, as the security guard does not need to walk between vehicles and the boom gate to open it manually. This, says Evans, is especially beneficial at a power station, which has hundreds of staff members needing to be tested every day. “The automated access process takes about half the time it traditionally would have taken a security [guard] to walk back and forth.”