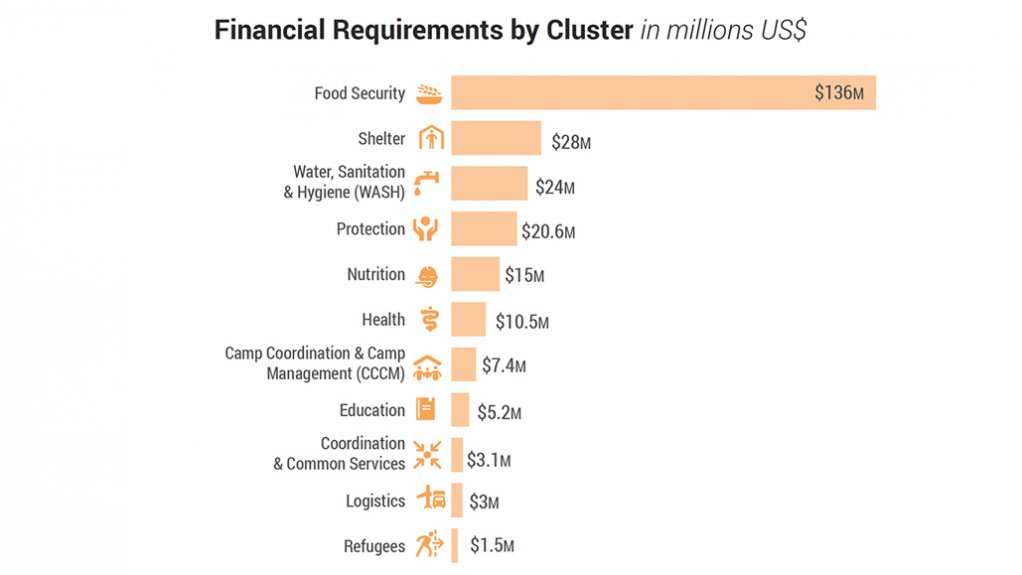 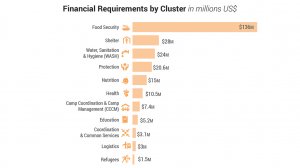 The United Nations (UN) is warning that the humanitarian crisis in the gas-rich Cabo Delgado province, of northern Mozambique, has escalated dramatically over the past 12 months with more than 500 000 people having been displaced as a result a religiously inspired conflict.

The UN launched an appeal on December 18, following a multi-agency mission to the territory, in a bid to raise $254-million for a 2021 humanitarian response plan.

The plan is designed to support and protect those internally displaced by the violence, as well as host affected communities in the provinces of Cabo Delgado, Niassa and Nampula.

The bulk of the money, $136-million, is required to bolster food security, with some displaced individuals showing signs of malnutrition and most reporting that they were eating but one meal a day. About 45% of those displaced are children and more than half are women.

During a briefing on Wednesday, UN Resident Coordinator in Mozambique Myrta Kaulard described conditions in the region as “dire”, warning that conditions were set to deteriorate further during the current rainy season, which was likely to cause flooding that would cut off aid to certain areas.

Besides the health threat posed by the Covid-19 pandemic there are also reports of a cholera outbreak in the province.

The level of displacement had accelerated materially during 2020, with the number of those displaced by the conflict surging from about 90 000 at the start of last year to the current estimate of between 500 000 and 565 000.

The UN made no comment on the role that the discovery of natural gas, and the recent start of construction on a mega-scale liquefied natural gas project, had played in intensifying an insurgency that is said to have ties with radicalised groupings such as Islamic State.

Those fleeing their homes and villages report having witnessed brutal killings, including beheadings, and claim that family members and friends have been kidnapped. They also report that their crops and livestock have been stolen and their homes destroyed.

Reports of abuses by Mozambican security forces have also arisen, but the recent UN mission could not verify these allegations, as it had no access to territories seized by the insurgents.

Kaulard said she was extremely worried about the lack of resources available currently to tackle the humanitarian crisis and indicated that the UN appeal aimed to mobilise sufficient resources to provide humanitarian support to about 1.1-million people, including those internally displaced by the conflict and their host communities.

Contributions could be given to agencies directly, such as the World Food Programme, but will be divided evenly between agencies should no preconditions be placed on the aid.

During the December mission, the UN held meetings with provincial and national government leaders, where it urged the government of Mozambique to step up efforts to end all forms of violence in the country.

To curb violent extremism, the mission also called for development initiatives to be transnational in approach and to prioritise the economic empowerment and social and political inclusion of women and young people.

It was also agreed that the international community needed to scale up efforts to respond the immediate humanitarian crisis.

Kaulard said a response was not only urgent, but needed to be of a sufficient scale to arrest the humanitarian crisis and create the platform for resilience and recovery in the region.

“We are extremely worried about the lack of resources that we have at present. So, our capacity to help both the host communities and the internally displaced is extremely limited.”