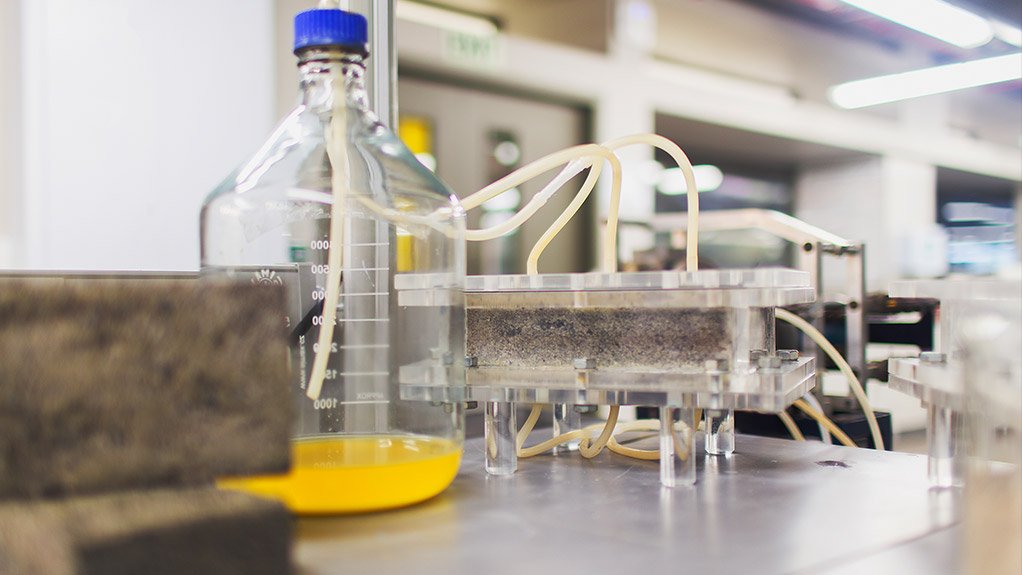 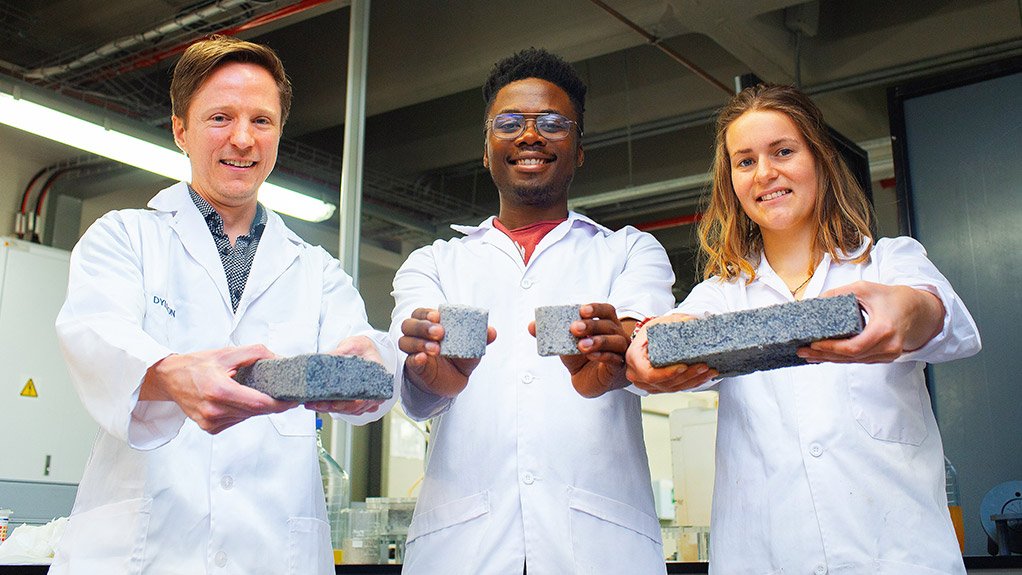 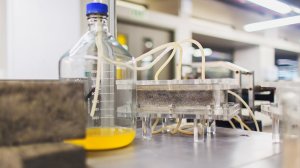 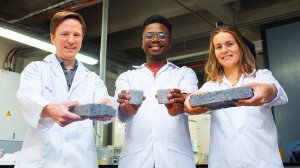 The University of Cape Town’s (UCT’s) Civil Engineering Department has developed a process to grow bricks of any shape using sand, bacteria and human urine. The bricks are made of calcium carbonate (CaCO3) – the same substance as limestone, coral reefs, egg- and seashells – and sand cemented in place by the microbial precipitate.

These bricks are called biobricks because they do not require firing and the associated carbon dioxide (CO2) production of claybrick manufacturing. Additionally, the process uses urine and, therefore, is renewable and sustainable.

The process involves colonies of bacteria in loose sand that secrete the enzyme urease, which converts urea (CH4N2O) and calcium phosphate fertiliser into CaCO3 at room temperature.

The fertiliser is made during the first phase of the process, where calcium hydroxide is added to urine captured as part of a waterless urinal into convert the urine to calcium phosphate fertiliser.

Additional calcium chloride is added to increase the efficiency of the brickmaking process. This also produces nitrogen and potassium by-products, which are important components of commercial fertilisers.

Randall supervised UCT civil engineering master’s student Suzanne Lambert, who developed the process from foundational research by Jules Henze, a Swiss student who spent four months working with Randall on this concept in 2017.

“Urine is liquid gold. It accounts for less than 1% of domestic wastewater by volume, but contains 80% of the nitrogen, 56% of the phosphorus and 63% of the potassium of this wastewater,” explains Randall.

The urine was collected from novel fertiliser-producing urinals also developed by Randall and his team last year. During the biobrick process, the scientists require only carbonate ions and calcium. The remaining liquid product is removed from the biobrick process and used to make a second, solid fertiliser, Randall says.

Lambert and civil engineering honours student Vukheta Mukhari have been testing various biobrick shapes and tensile strengths to produce a building material. Mukhari is being cosupervised by the UCT civil engineering department’s Professor Hans Beushausen, who is helping to test the products.

A significant consequence of the team’s work is potential waste recycling and upcycling. About 97% of the phosphorus in the urine can be converted into calcium phosphate, which is a key ingredient in fertilisers used in commercial farming worldwide. Natural phosphate deposits, called phosphorite, are mined worldwide, but are finite. Calcium phosphate fertilisers are produced as part of the phased process used to produce the biobricks.

An effective value chain to use urine would result in zero waste, with the urine completely converted into useful products, the team avers.

“The next question is how to do that in an optimised way so that profit can be created from urine,” adds Randall. For example, the logistics of collecting and transporting the urine to a resource recovery facility have to be considered.

CaCO3 is dissolved by acids, including carbonic acid – formed when CO2 dissolves in water – and acid rain, which could contain sulphuric or nitric acid. Therefore, biobricks will require cladding or covering to resist common environmental conditions. However, the team is testing and characterising the biobricks to produce a robust, sustainable building material.